As the 2nd Reserve Champion Stallion of the Westphalian Main Licensing in 2020, the beautiful dark bay stallion came to Stud Vorwerk as one of the price peaks of the stallion market.

"A stallion who showed himself very nicely, with evenly fine contact, distinctly quality basic gaits in the good to very good range and with very good rideability," Sebastian Heinze praised the performance of our Imperial MT at the short test on behalf of the judges.
With a total score of 8.7, Imperial MT was the winner of the four-year-old stallion class.

He also won his first competition in a test for young riding horses, receiving scores of 8.0 and better in all characteristics. 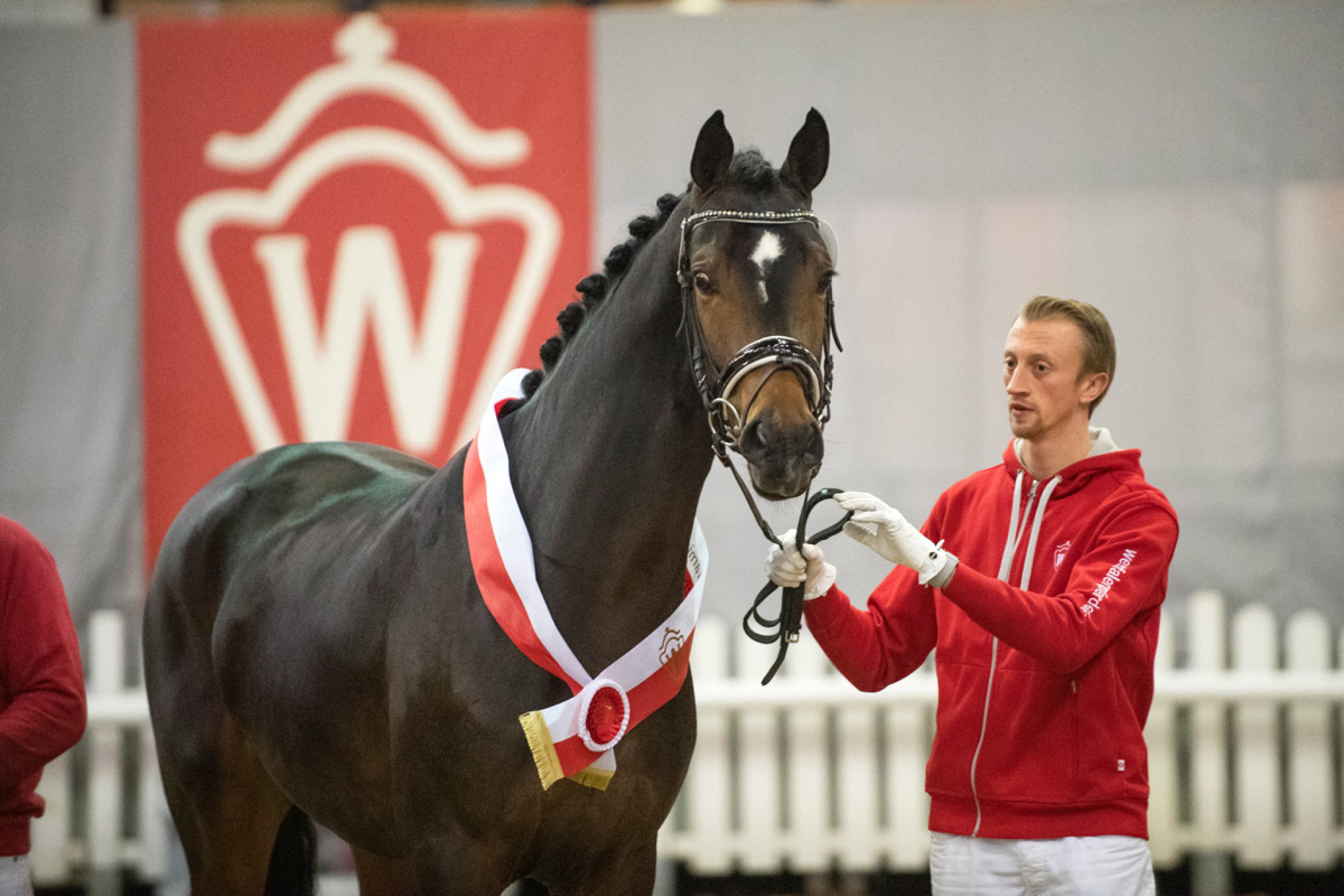 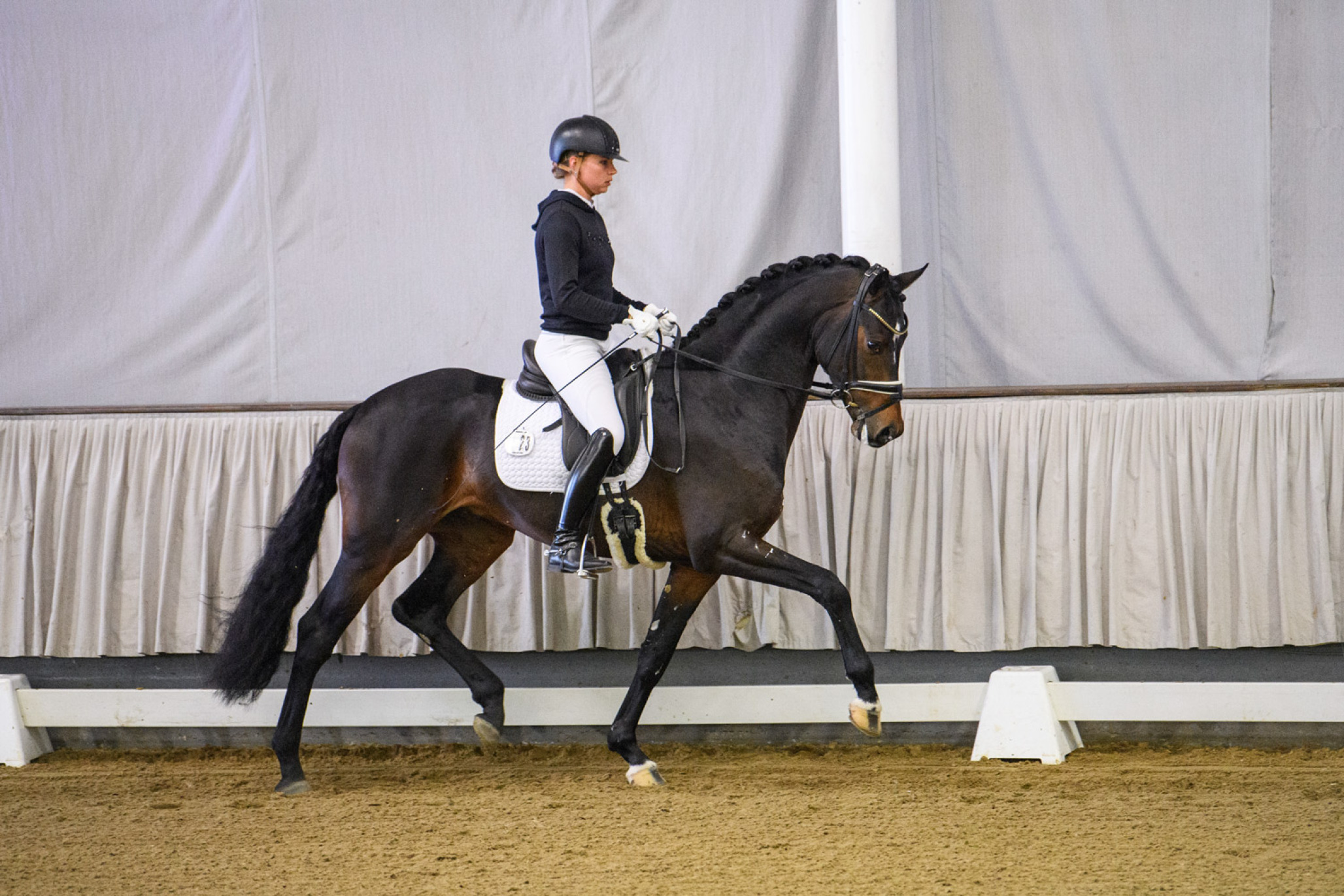 The Dutch sire, Asgard's Ibiza, placed in the 2018 World Championship Final for young dressage horses as a five-year-old after winning the Small Final. From his first crops, 26 sons were licensed, including numerous premium stallions.

Out of the dam St.Pr.St. Diva comes already the 2003 licensed stallion Baumann's Maybach (by Münchhausen/T.).

In second and third place in the pedigree follow the sires Davignon I and Apart.

The granddam St.Pr.St. Anastasia produced the Grand Prix dressage horse Enigma (by Ehrentusch), the Intermediate I winner Rousseau (by Rosenkavalier)/Hayley Beresford/AUS and the advanced (S) level dressage horse Wenezia (by Worldchamp) as well as the medium (M) level dressage horses Waleika (by Waky-Nao) and St.Pr.St. Dolega (by Democraat). St.Pr.St. Dolores (by Davignon I) is the dam of Baumann's Apollon (by Ampere)/Marcus Hermes, who was licensed and won Intermediate I. The Verb.Pr.St. Whoopi (by Welt Hit II) produced the advanced (S) level dressage horse Domfee vom Rappenberg (by Don Bedo I). The daughter St.Pr.St. Riga (by Rosenkavalier) has four licensed sons with Farewell I to IV (all by Fidertanz), Farewell I and Farewell III placed up to Intermediate I and her daughter St. Pr.St. Fantasie (by Fidermark NRW) produced three licensed stallions: Dankeschön (by Danone I; PSG/Inter I), Dancing Diamond (by Diamond Hit; PSG/Inter I)) and Davos (by Danone I).

Hanoverian lineage of Kogeta, out of which numerous other sport horses, premium mares and the licensed stallions Licosto (by Licotus), Florentianer (by Florestan I), Adonis (by Ampere) and an still nameless son of Dankeschön licensed in Westphalia in 2020.