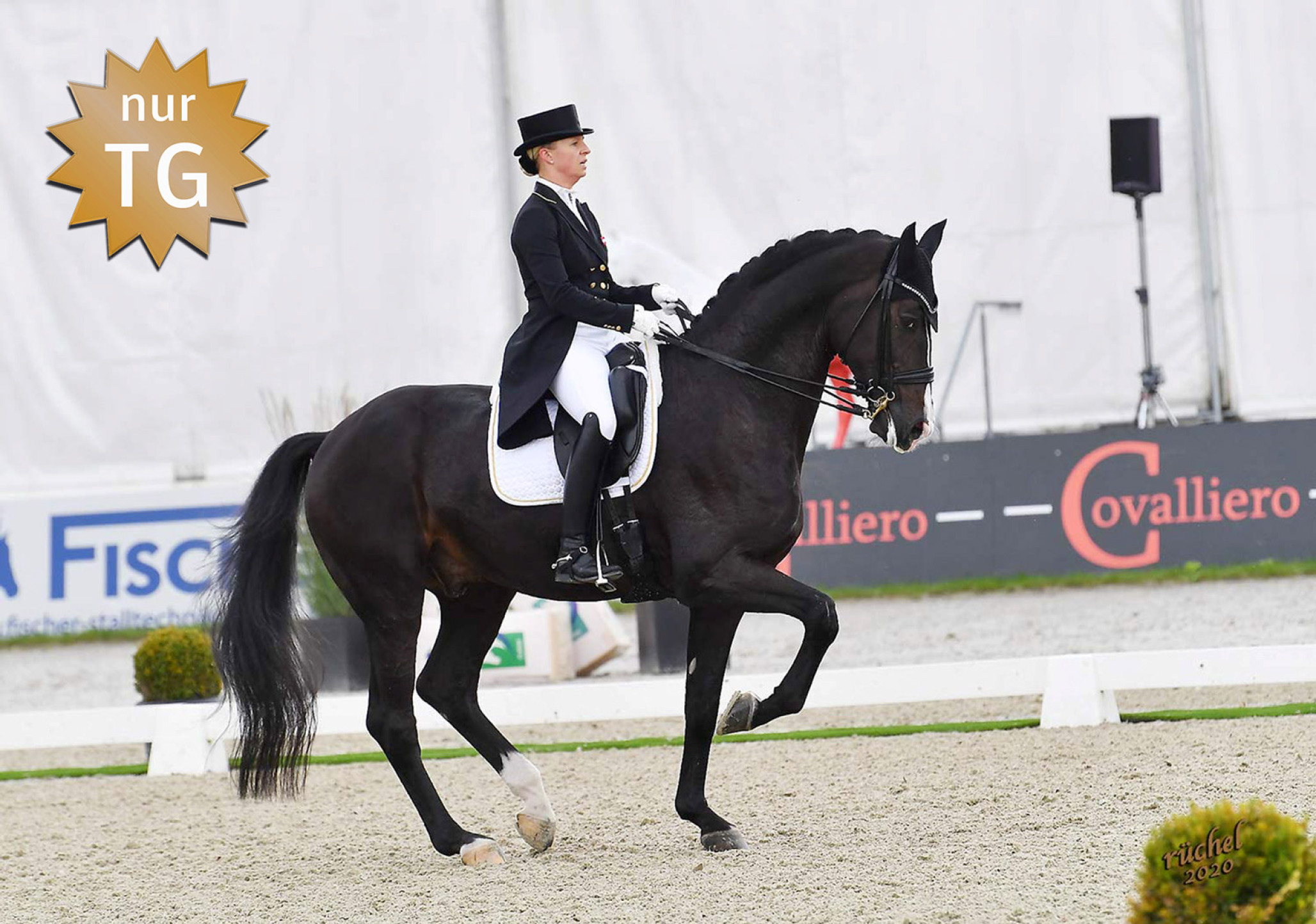 At his 2012 licensing in Münster-Handorf, Abegglen FH trotted in the premium ring of the year's best horses. He passed his stallion performance test in 2014 at the same place with top marks (dressage 8.89).

Introduced to sport by his long-time trainer Marcus Hermes, he won and placed in numerous tests for young dressage horses when he was five and six years old, including participation in the 2016 Bundeschampionat. When he was seven years old, he easily made the leap into the advanced class, and when he was eight years old, he took his first placings in Grand Prix. In the Frankfurt Final of the Louisdor Prize, the pair placed fifth. At the end of 2019, after first international Grand Prix successes in Oldenburg, Le Mans/FRA, Mannheim, München-Riem, Fritzens/AUT, Verden, Waregem/BEL and Stuttgart, Victoria Max-Theurer took over the reins. The first joint appearance in Ankum was rewarded with a second place in the Grand Prix. At their international Grand Prix debut in Achleiten the pair set a new record with results of over 77 percent. At the CDI Vilhelmsborg/DEN the first international victory was achieved.

In 2021, they added top placings in the Grand Prix tours of Hagen and Munich. The pair gilded their first appearance at the CDI Achleiten with a new personal record score of 83.010 percent. Afterwards Victoria Max-Theurer and Abegglen FH were in the Austrian team at the Olympic Games in Tokyo/JPN and the European Championships in Hagen.

The first offspring of Abegglen FH were born in 2014 and are successful in tests for young dressage horses according to their age. 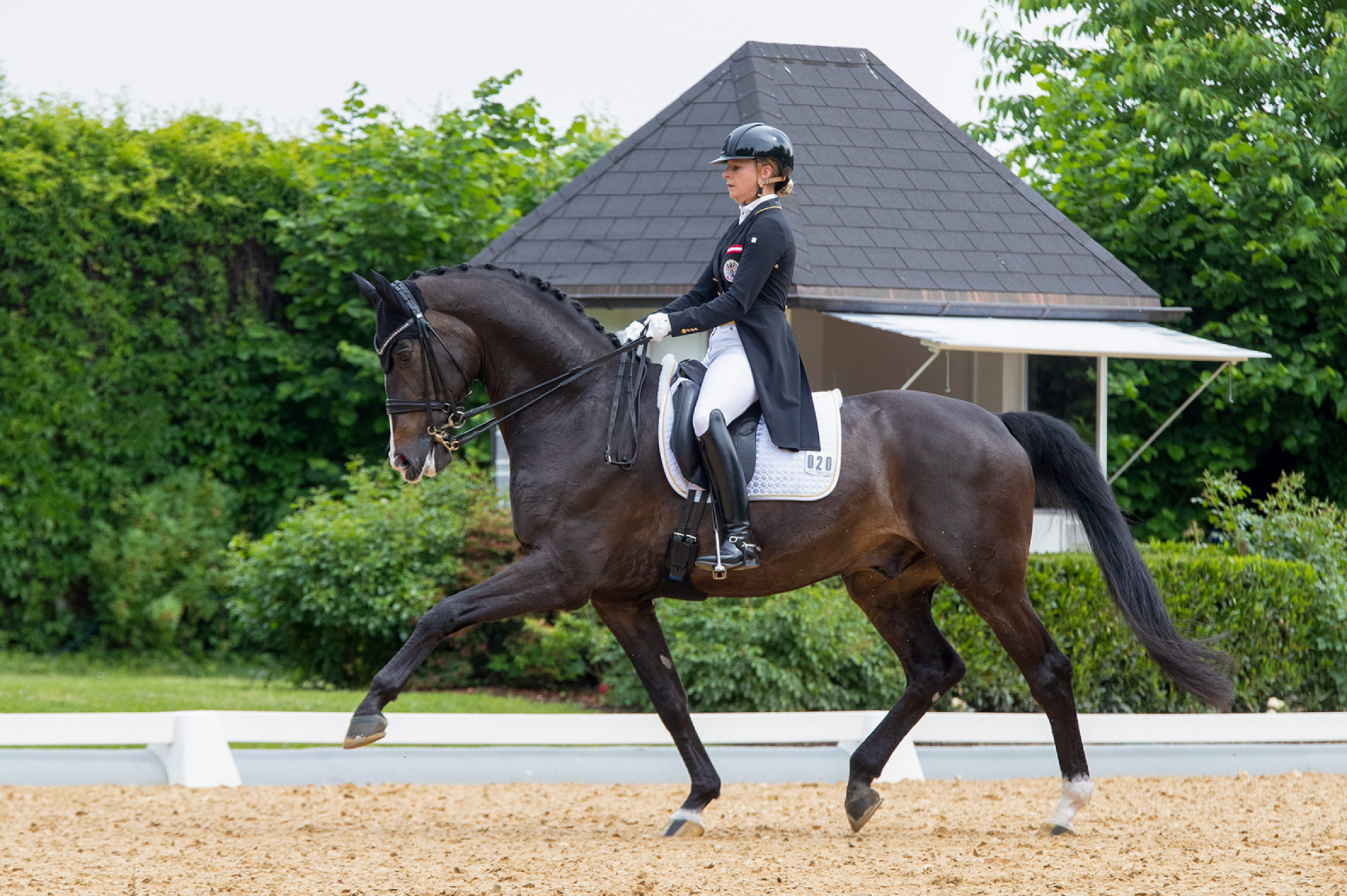 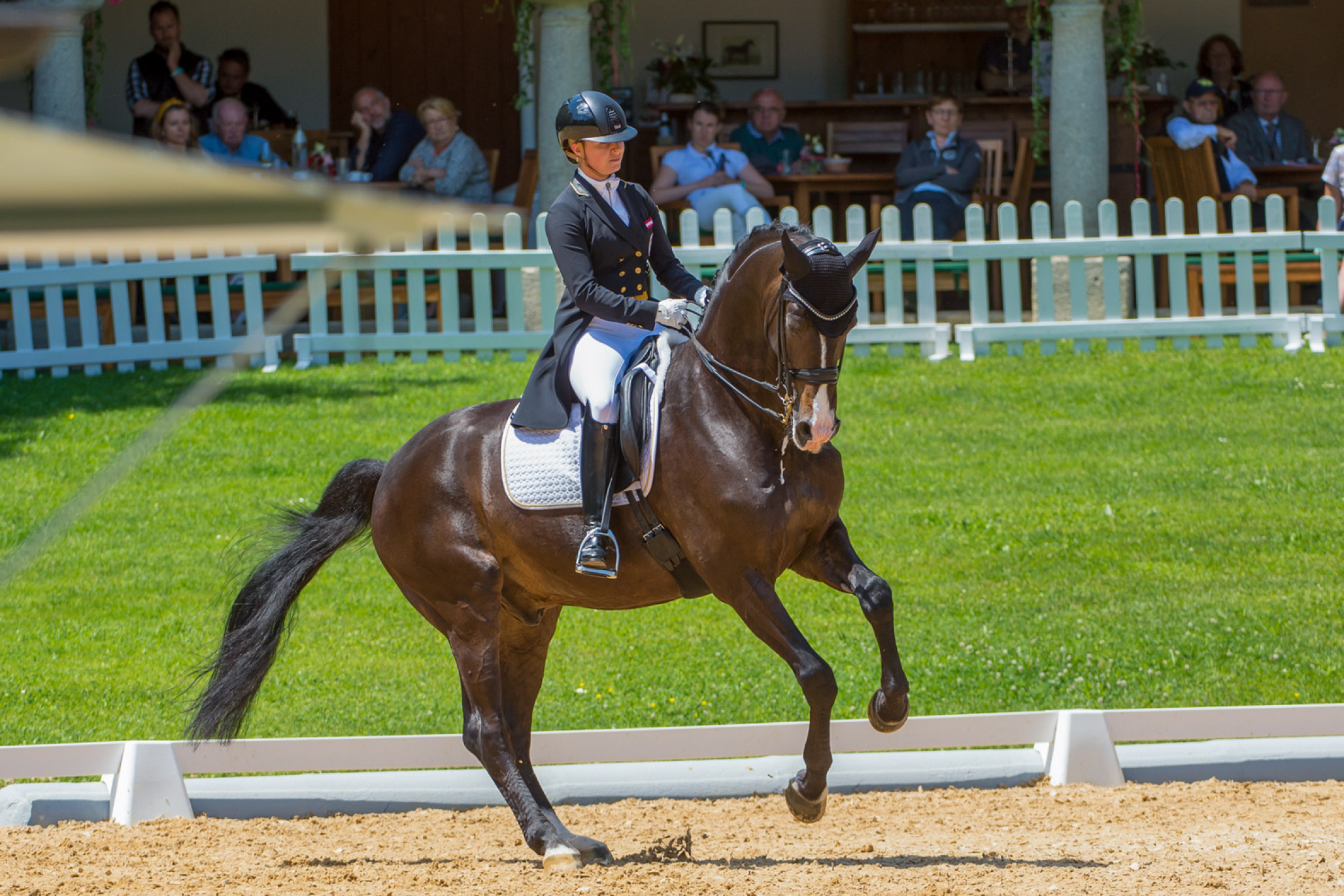 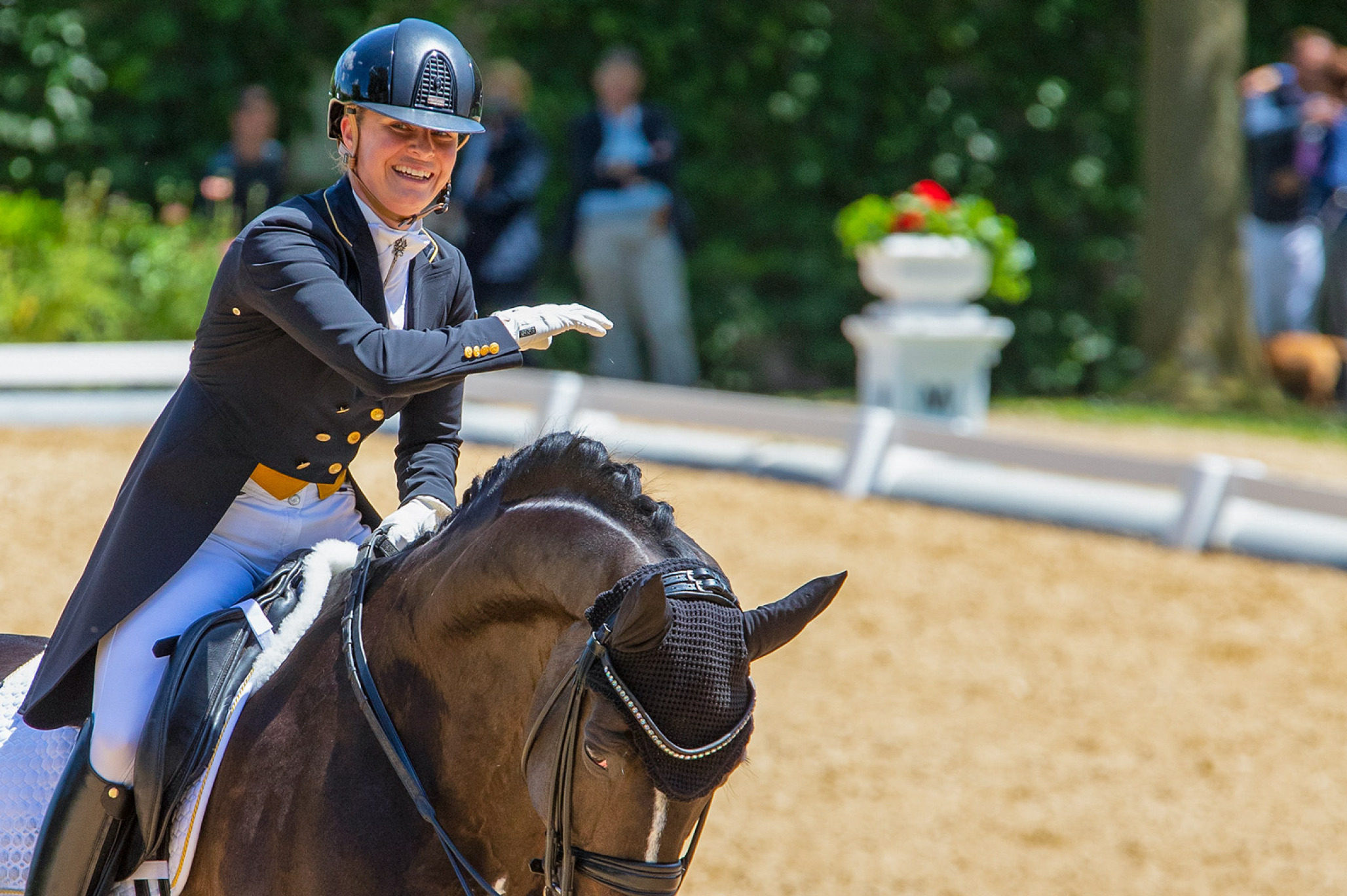 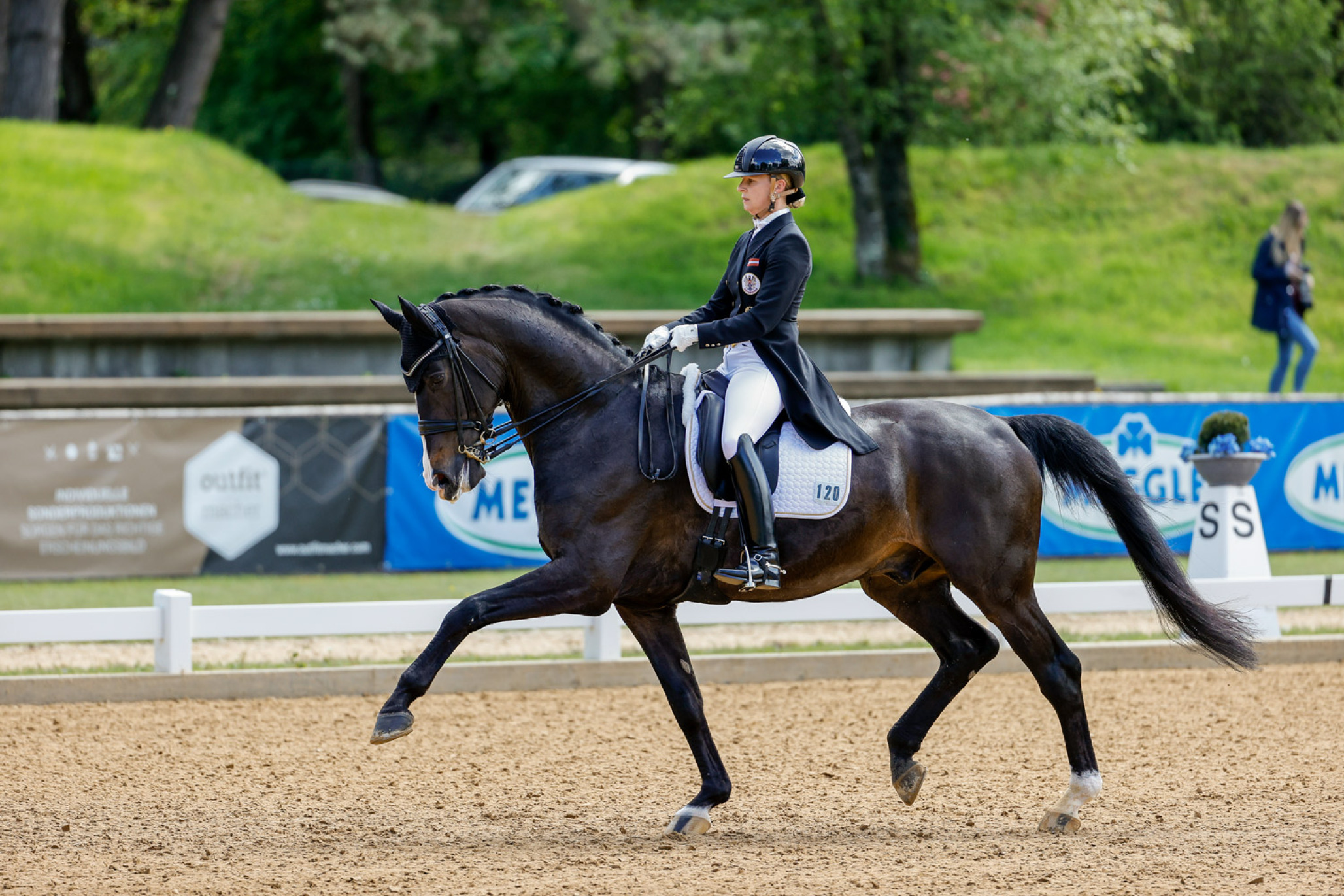 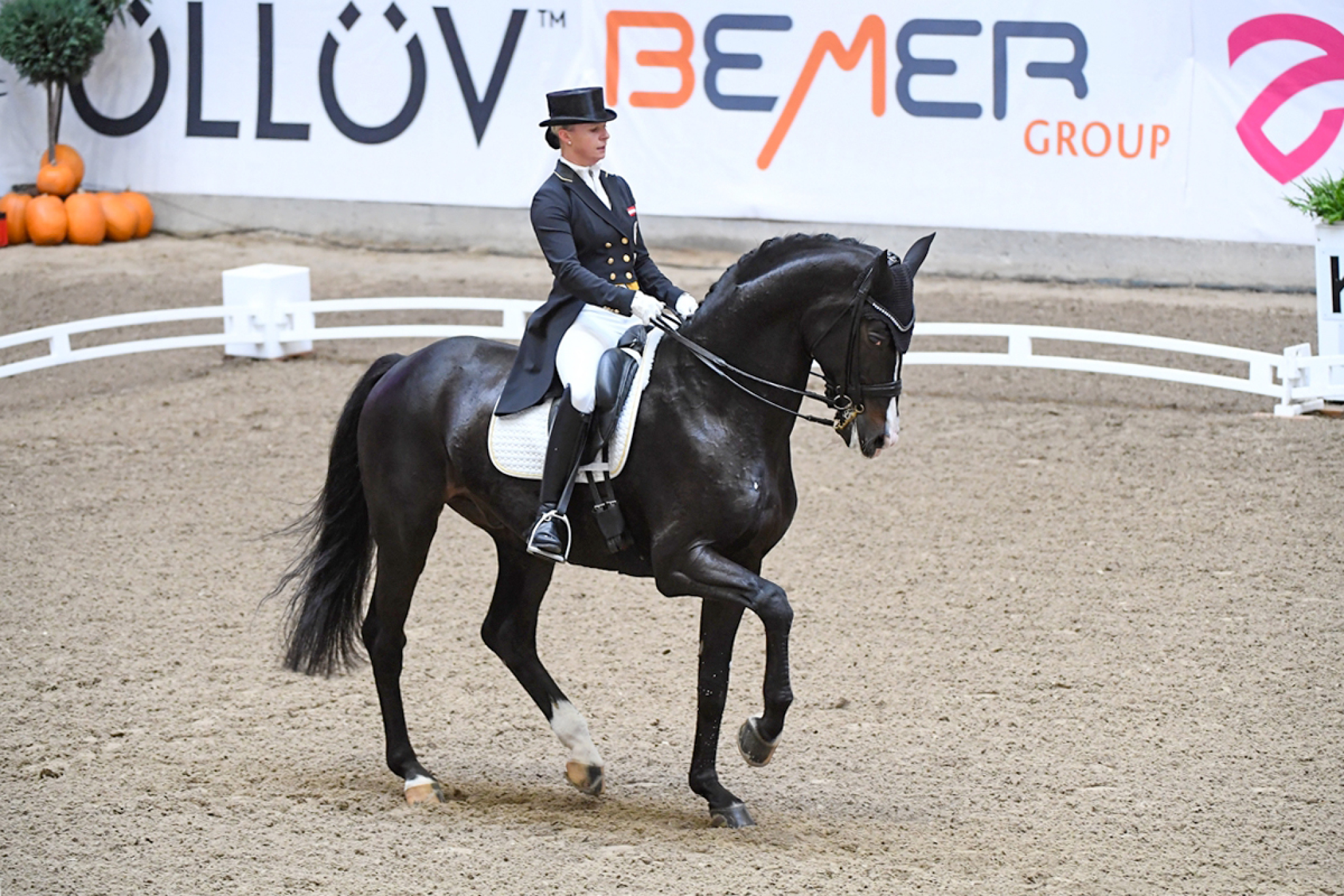 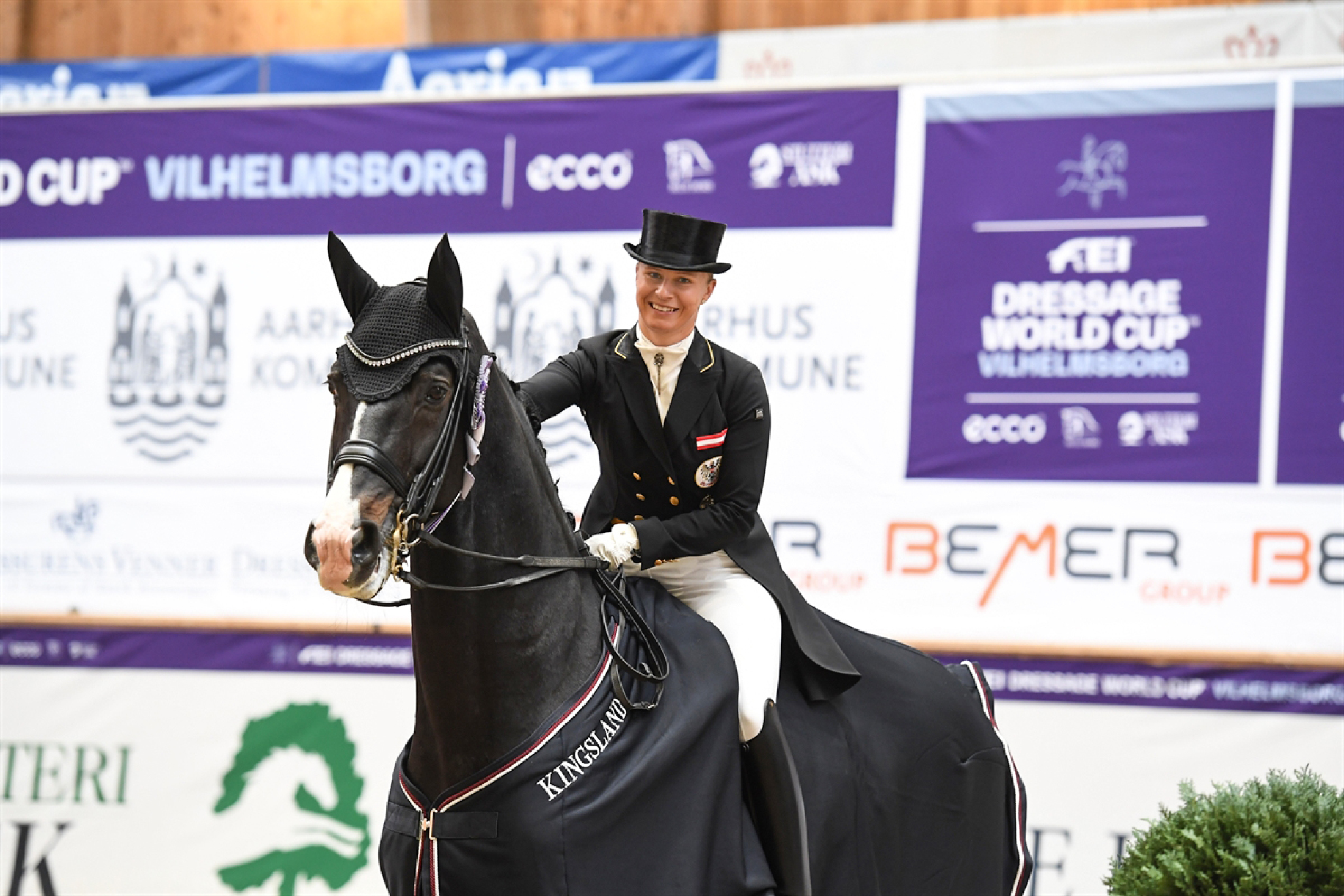 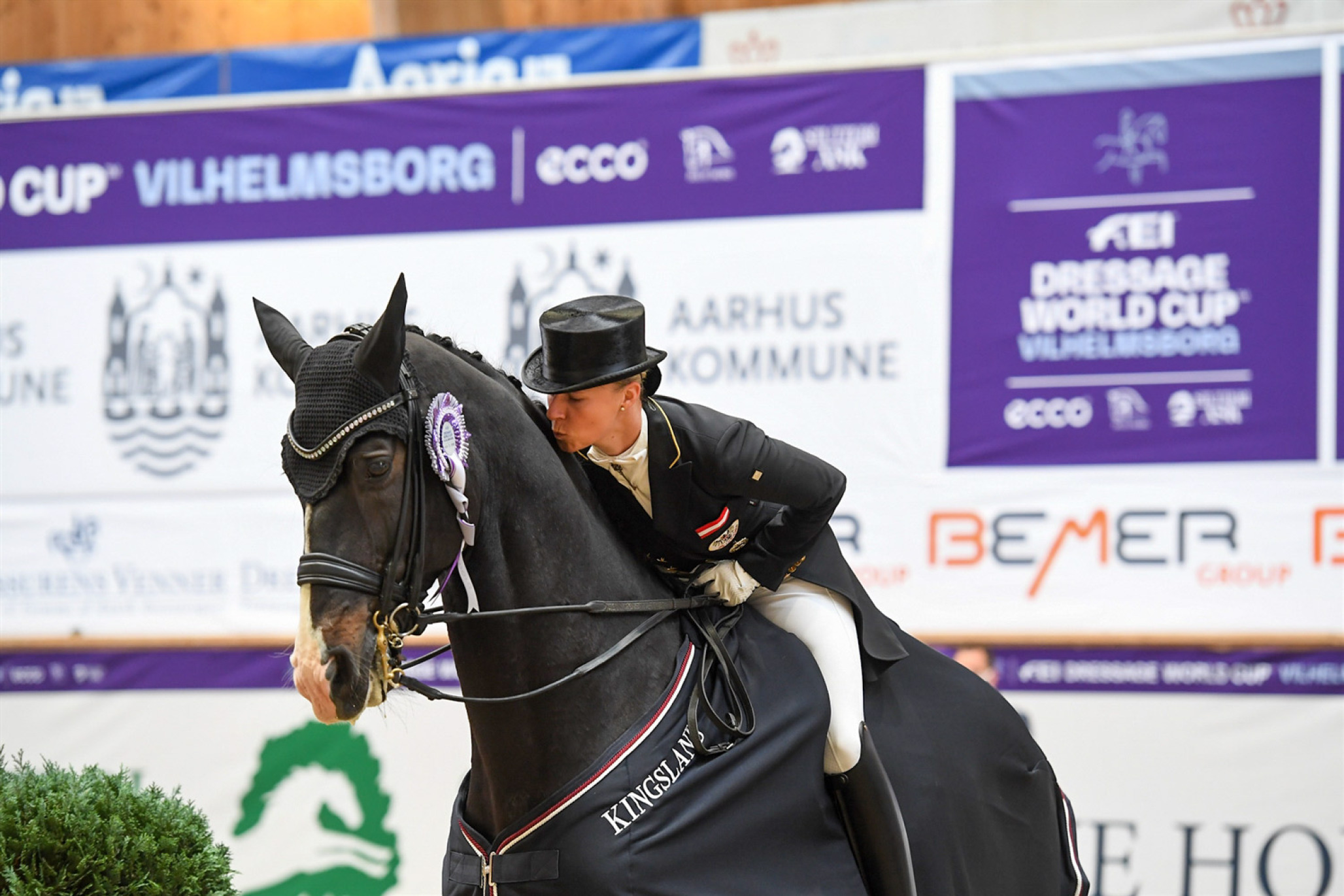 The Dutch sire Ampère sired over 50 sons licensed in Germany. Besides Abegglen FH, other offspring have already reached the top class, such as Aperol/Emma Kanerva/FIN, Ecuador VD/Karlijn Geelkerken/NED or All at Once/Yessin Rahmouni/MAR.

The dam Verb.Pr.St. Curley Sue was herself successful in show jumping up to elementary level.

The dam's sire is the Holstein Grand Prix stallion Helenhof's Carabas, who took fifth place with the Danish team under Andreas Helgstrand at the 2009 European Championships in Windsor/GBR.

The granddam St.Pr.St. Padisa is also the dam of Leonardo by Caprio (by Laurentianer), who is succesful up to Intermediate II, and the medium (M) level dressage horse Ambassador Las Marismas (by Abanos).

Third and fourth place in the pedigree are followed by Parademarsch I and Dsico-Star.

The great-granddam St.Pr.St. Dixi also produced the licensed Parademeister I and II as well as the M-dressage horse Prossecco as full brothers to the granddam.

From the Westphalian mare line there are also the stallions Wexford, Montreal, Montreal II and Belmore.