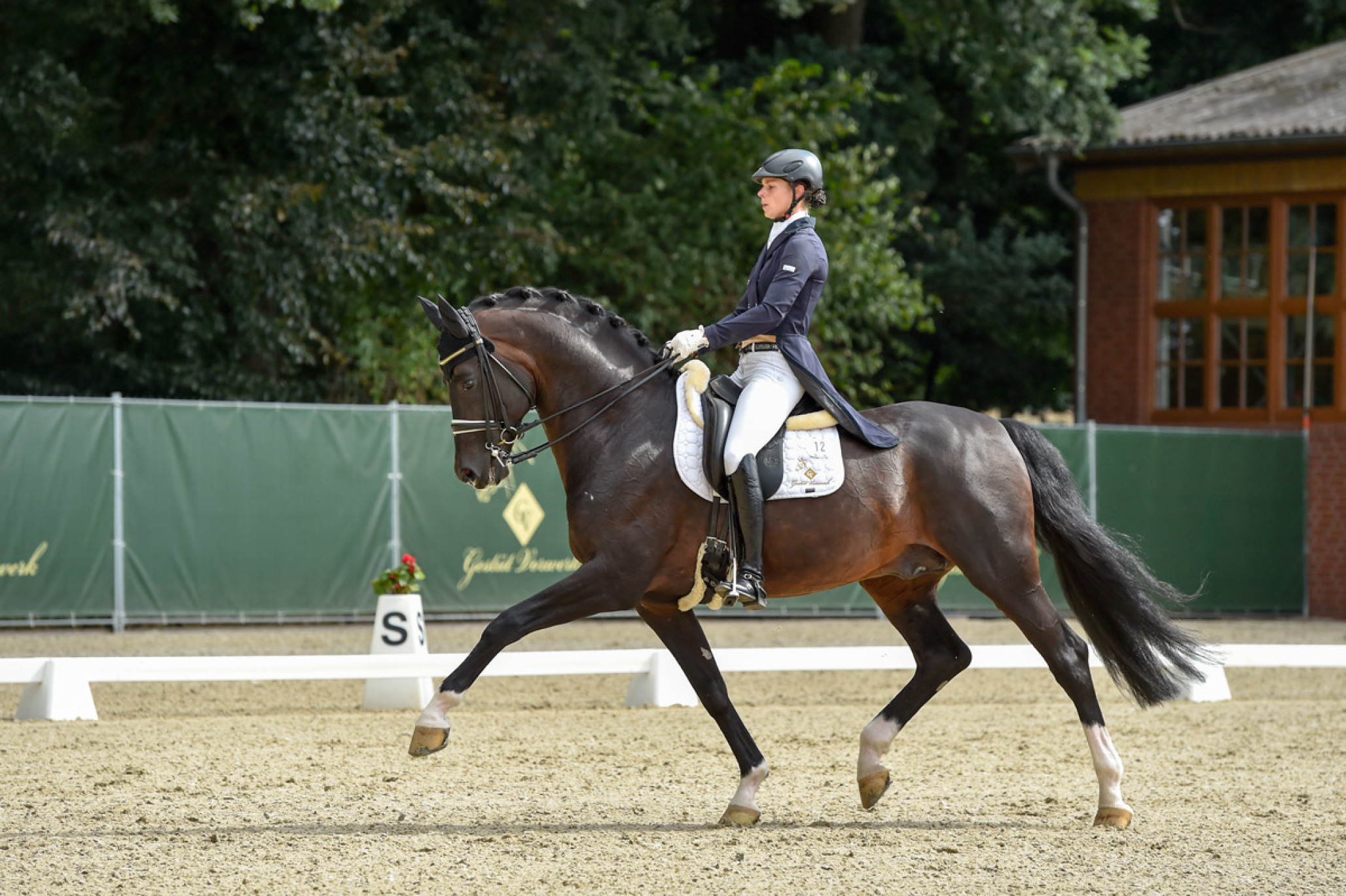 San Francisco OLD won silver at the Weser-Ems Championships in 2019 under Yvonne Kläne, after he debuted victoriously in the advanced class at the age of seven and then went international in the small tour with Victoria Max-Theurer.

In 2010, the dark bay gold won at the Bundeschampionat of three-year-old stallions, with a 10.0 for the - according to the judges' commentary - "ideal uphill canter", a 9.5 for the trot, which was marked with "a lot of ground gain and crossing over", the looseness and harmonious presentation and 19.0 points by the outside riders. The dark bay rider, who was dubbed a "fabulous sorcerer's apprentice for the highest level of dressage," had already won the Oldenburg State Championships under Kira Wulferding. At his 30-day test in Schlieckau, he advanced to the superior rideability winner with a 9.75.

San Francisco OLD, who was initially only used in sport, produced offspring with strong movements and excellent rideability, such as Santa Francesca VMT/Victoria Max-Theurer/AUT, who won international tests for young horses, and Donauinsel GV/Melanie Tewes, a serial winner in medium (M) level dressage competitions. The licensed San Phillipo - H has victories up to St. Georges. 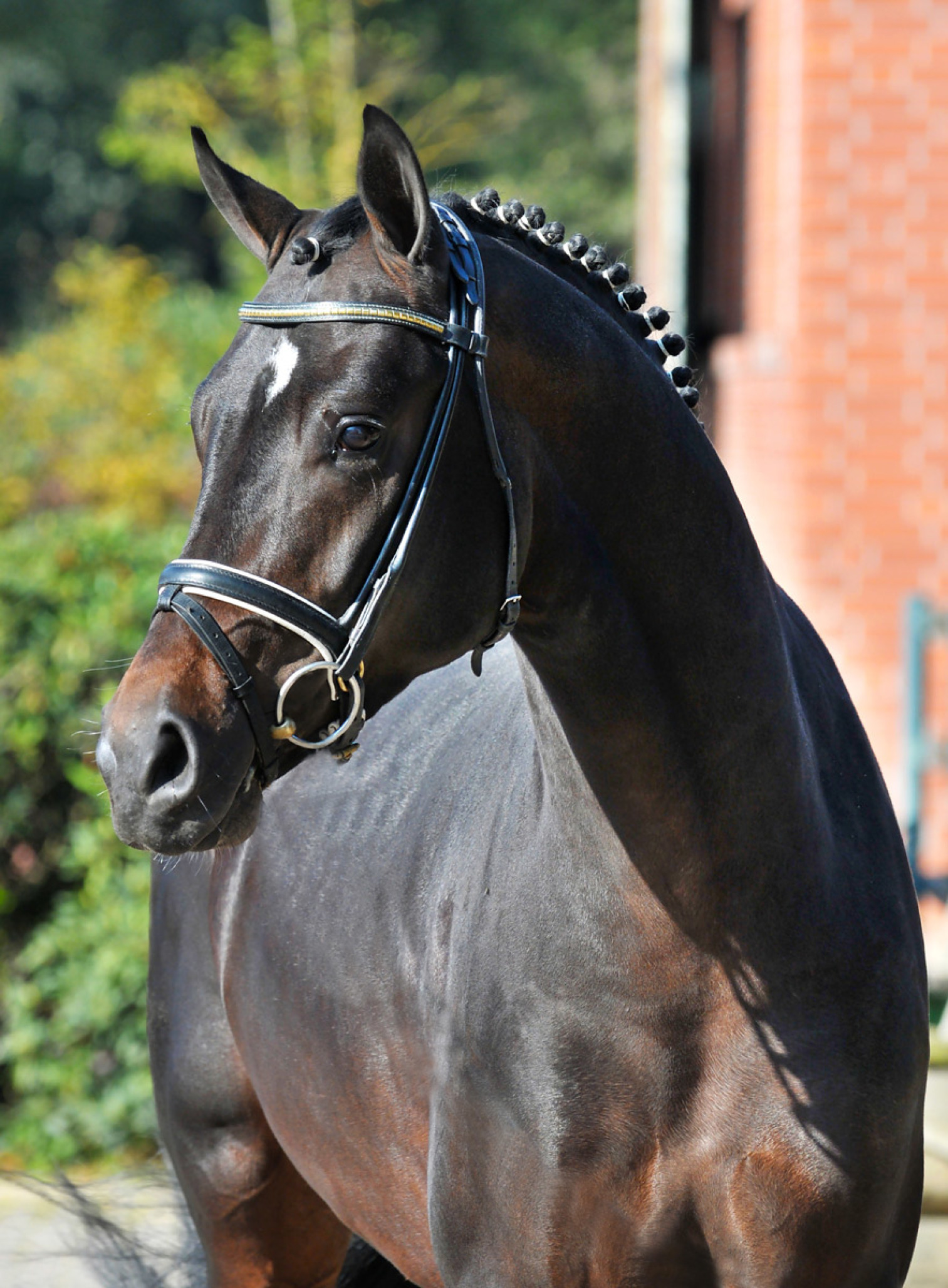 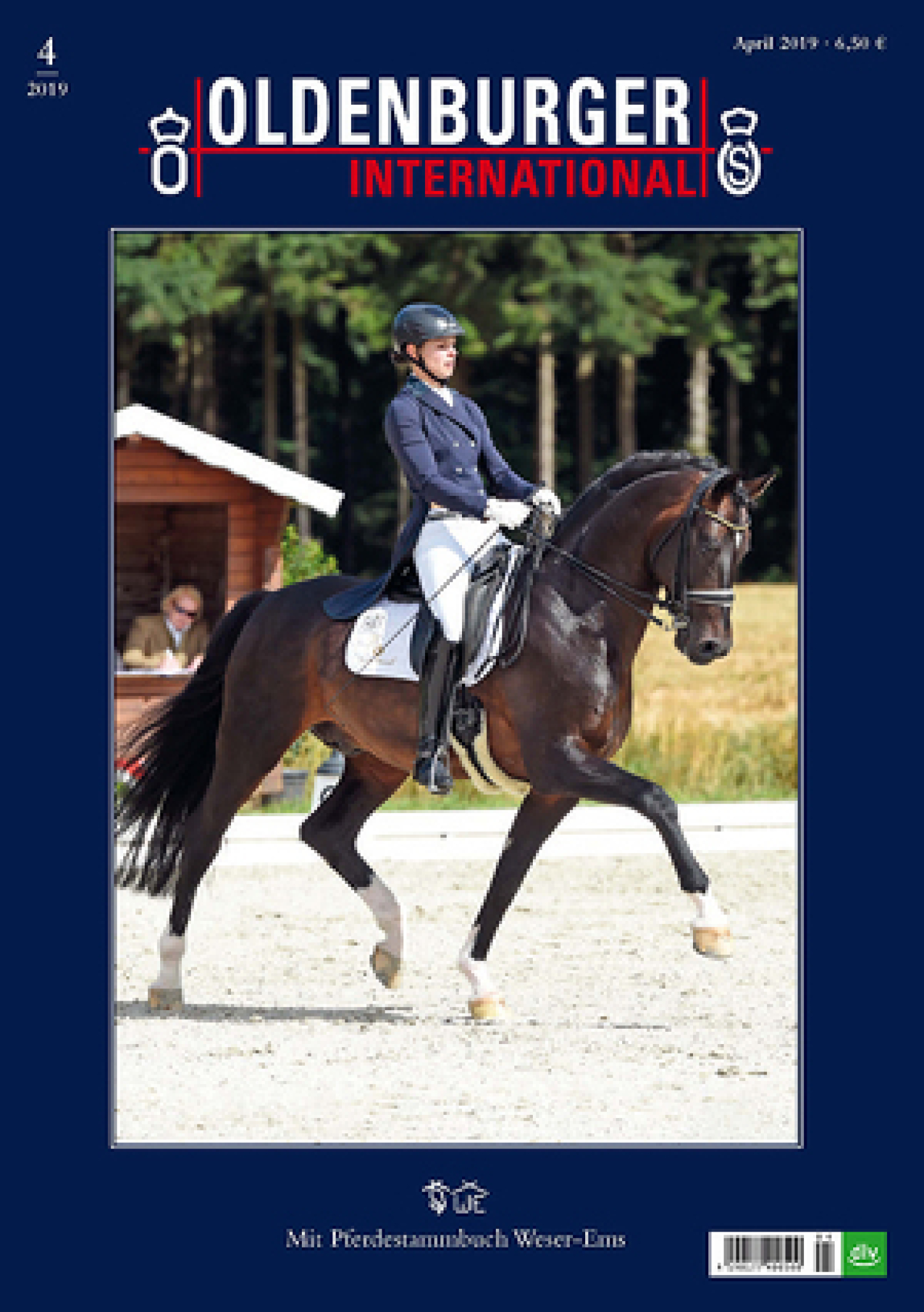 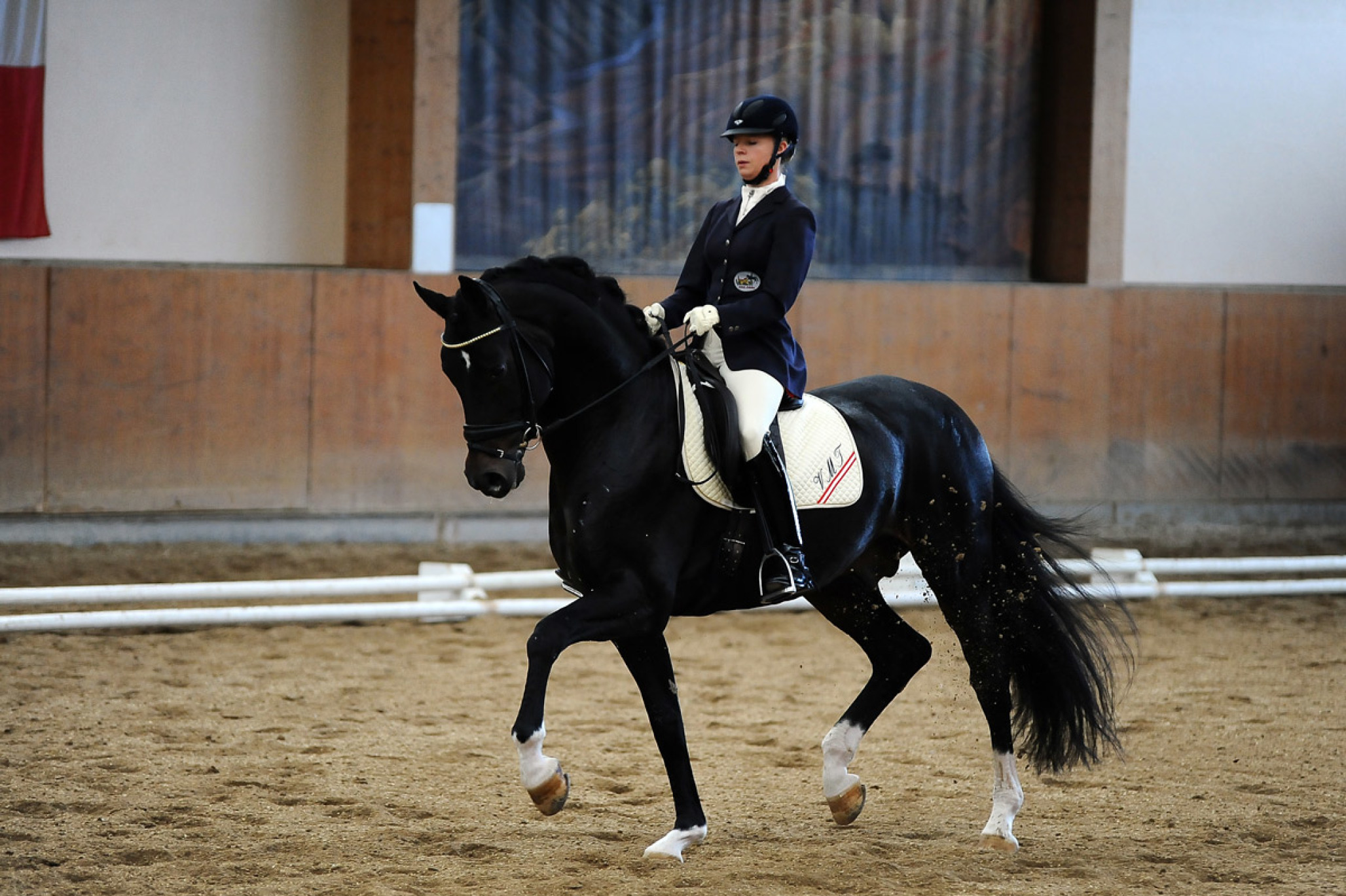 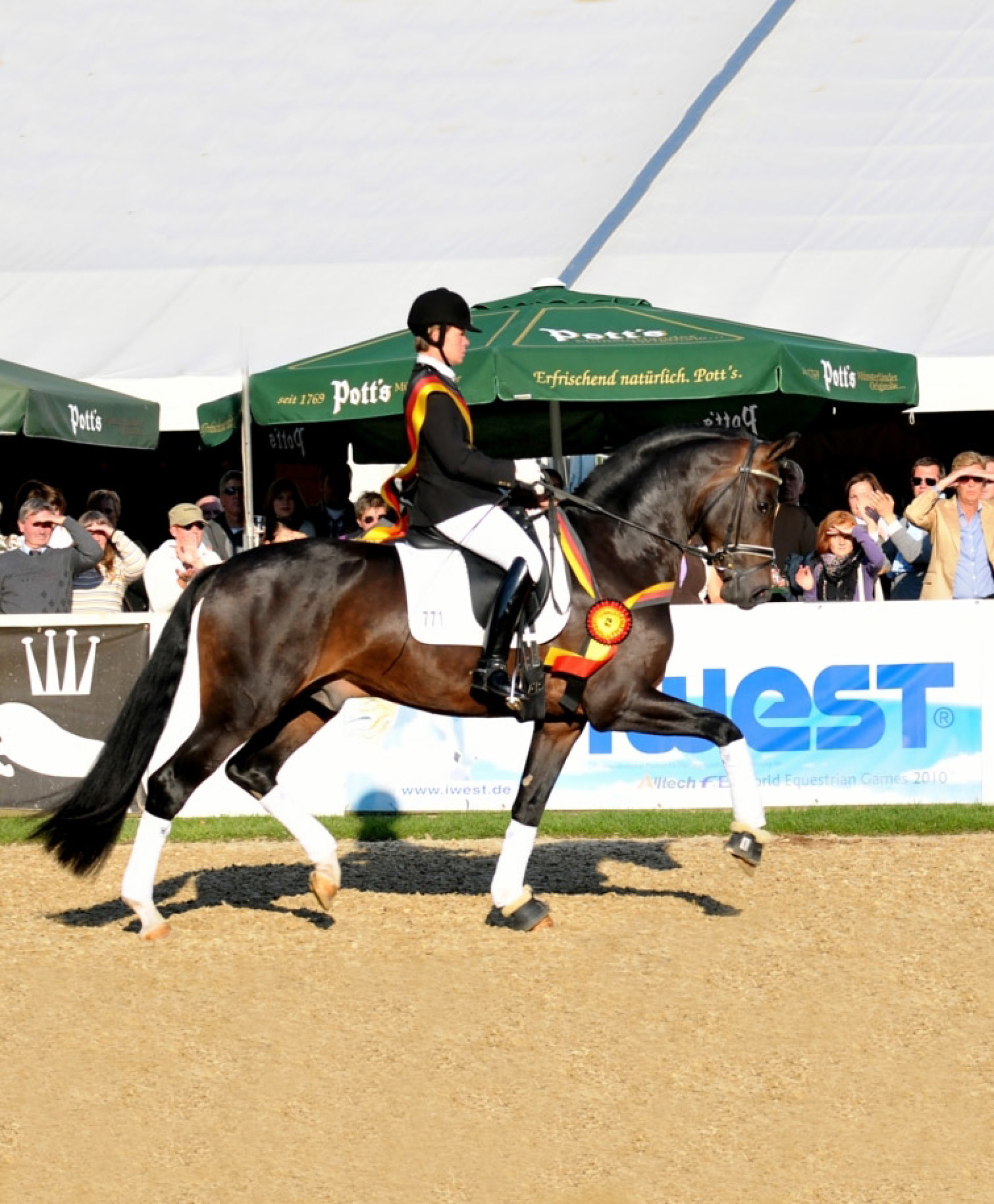 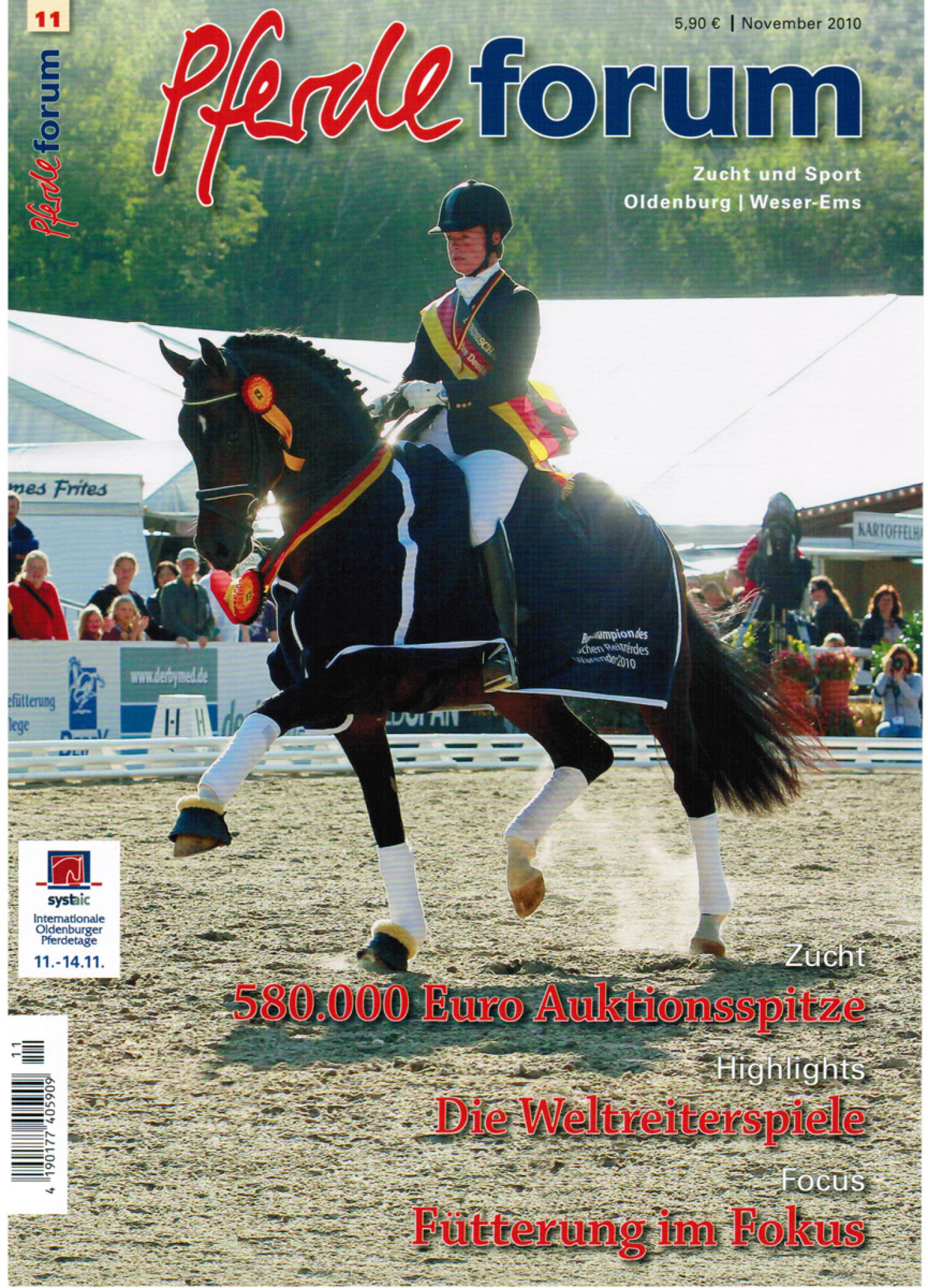 The sire, Sandro Hit, himself a World and Bundeschampion of dressage horses, is considered the founder of the modern dressage horse breeding line. One of his most successful offspring, Salieri, placed under Victoria Max-Theurer/AUT in international Grand Prix dressage competitions up to World Cup freestyle.

The dam, St.Pr.St. Deluxe M, produced the St.Pr.A. Starlet M (by Sandro Hit), who is sold at auction and is now competing in the international small tour in the USA. San Francisco M (by Sarkozy) is successful in medium (M) level dressage and Fürstenfee (by Fürstenball) competes in dressage under Dongseon Kim/KOR.

Dam's sire Donnerhall stands for a unique synthesis of sporting and breeding success.

The granddam Rosenfee is the dam of the licensed stallion Sancisco OLD, who competed in the Burg-Pokal Final, won Grand Prix dressage competitions and was awarded the VTV Dressage Stallion title in Oldenburg in 2009. Sancisco's full sister, St.Pr.A. Shirley, was also sold at the Vechta auction and Sanciscana M is a winner in advanced (S) level dressage and took part in the German Amateur Championships.

From the line of Haftung there are further successful sport horses.