With individual scores up to 9.0 and a unanimous judge's verdict - five times the place number one - Sisters Act OLD MT and Dorothee Schneider won the Grand Prix at the CDI3* Neu-Anspach.

For the correct and at the same time very expressive execution of the lessons, the constant fine contact and the overall harmony, the judges' scores added up to almost 75 percent. With 72.978 percent, the pair was clearly ahead of the competition.

For Sisters Act, who placed fourth at the World Championships for Young Dressage Horses, second at the Burg Cup and sixth at the Louisdor Prize, this was the first "real" international Grand Prix - and, after her successes in Ubstadt-Weiher and Ludwigsburg, already the third consecutive victory in the highest dressage class this year. 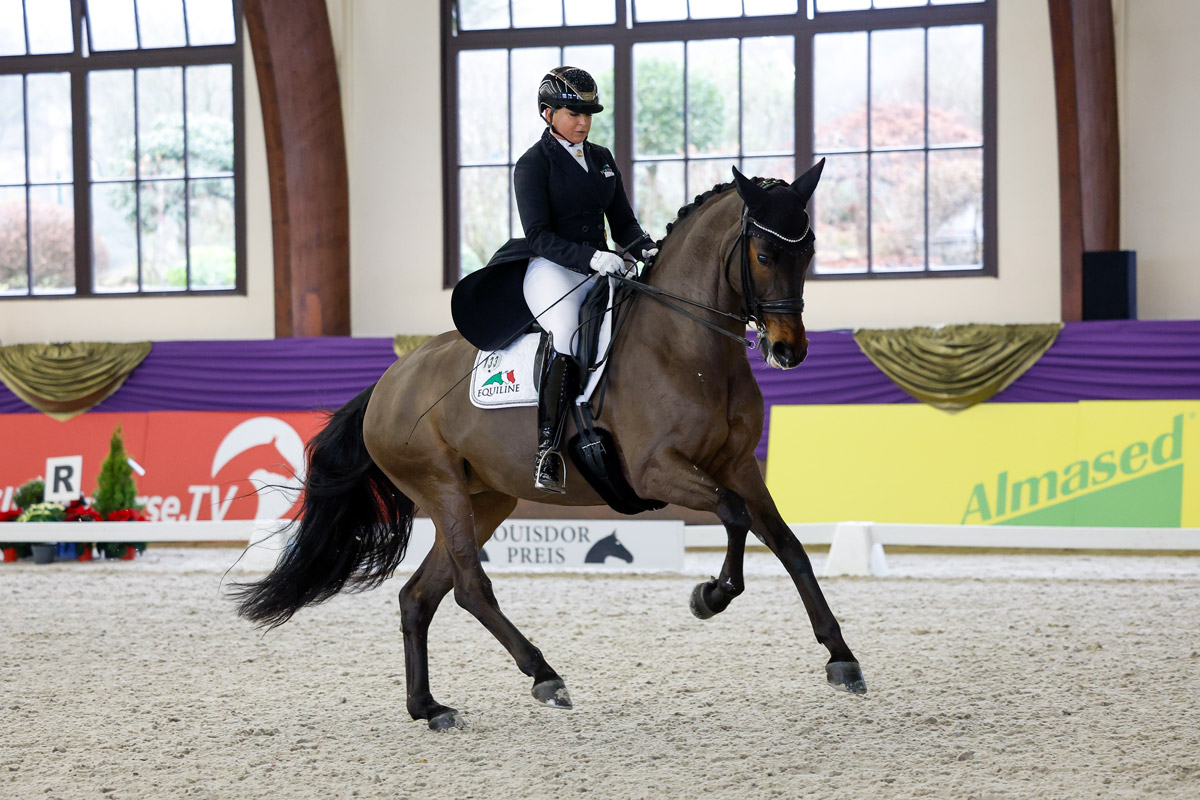