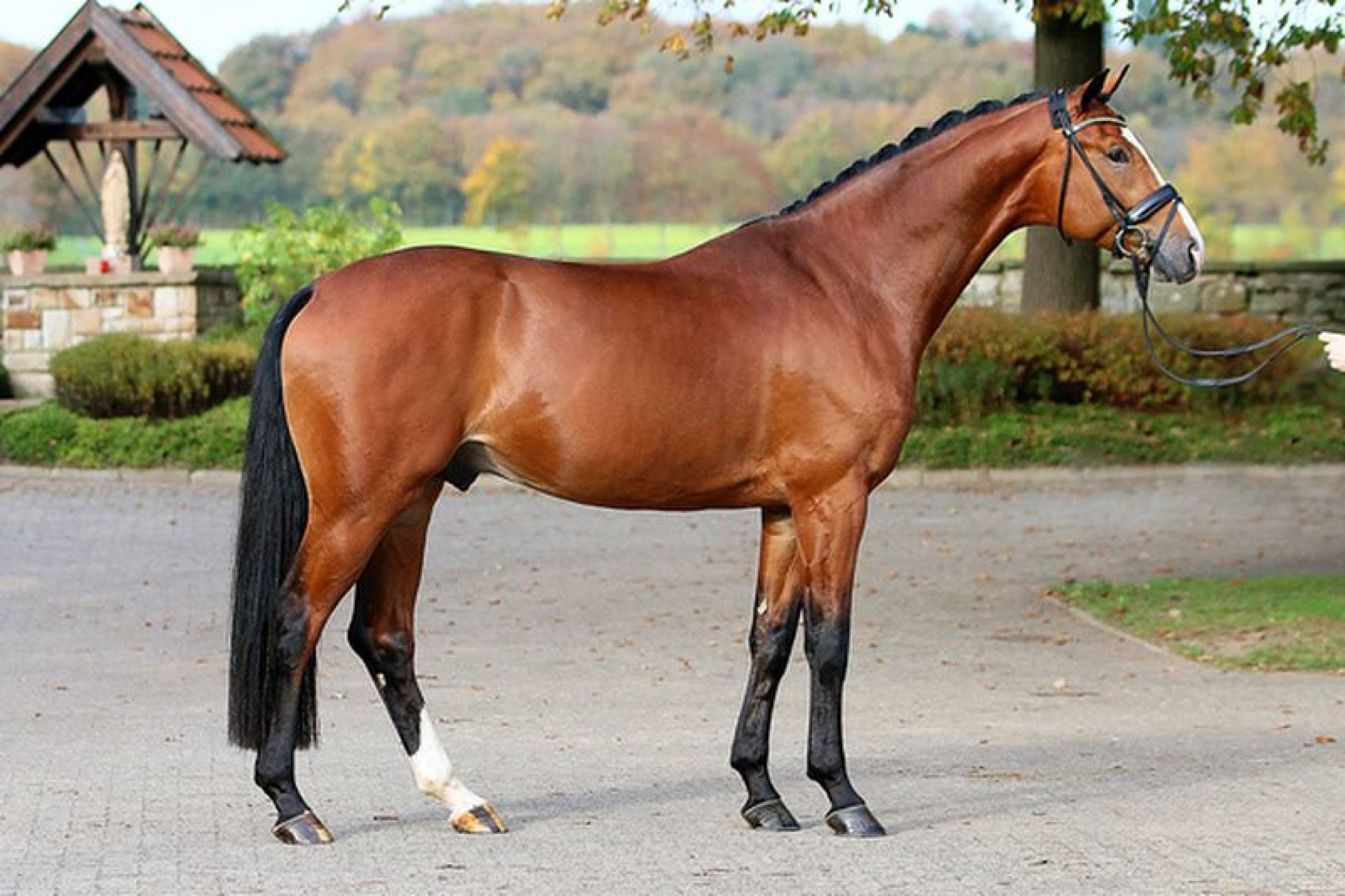 The large-framed, incredibly strong moving and rideable Lilliano OLD was bred by Karl-August Schulte-Varendorff and was presented by his daughter Christiane in the Warendorf Riding Horse Riding Rectangle in an exemplary manner. The trot and walk each received a 9.5, the canter a 9.0, just like the age-appropriate performance of the task.  "Clear uphill tendency, impressive looseness, beautiful front leg technique with a very active hind leg," Dr. Dietrich Plewa explained the jury's verdict in his commentary. The bay rider, who was licensed in Oldenburg, received an additional 19.0 from the two riders from outside the competition. This meant that Lilliano OLD Silver at the Bundeschampionat for three-year-old stallions was not to be missed. In the run-up to the Bundeschampionat, he had also secured second place at the Oldenburg State Championships in Rastede.

This was followed by series victories in tests for young dressage horses in Austria, also at international level. At the age of eight, Lilliano OLD made his debut under Olympic gold medallist Dorothee Schneider, again with a series of victories in advanced level dressage. 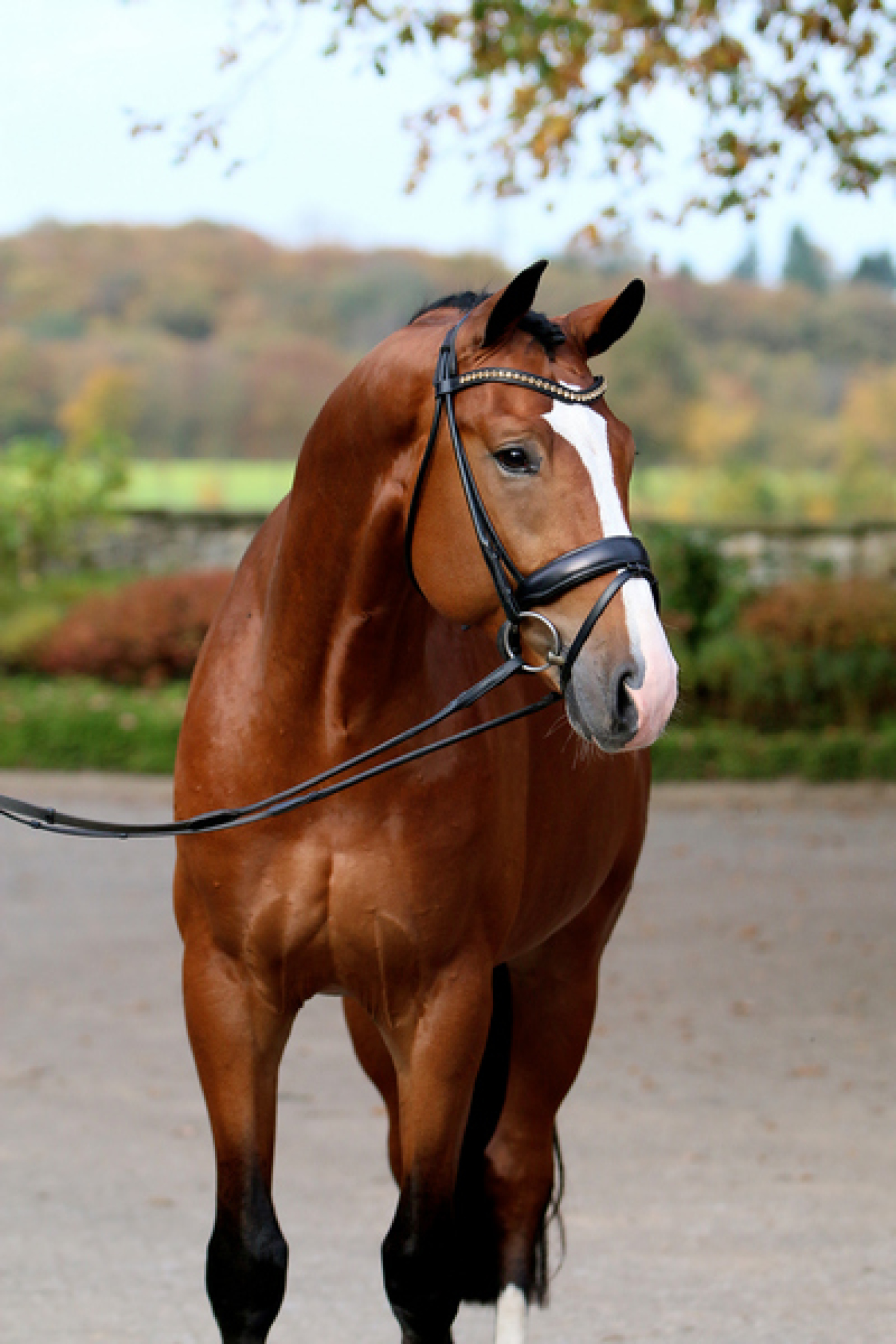 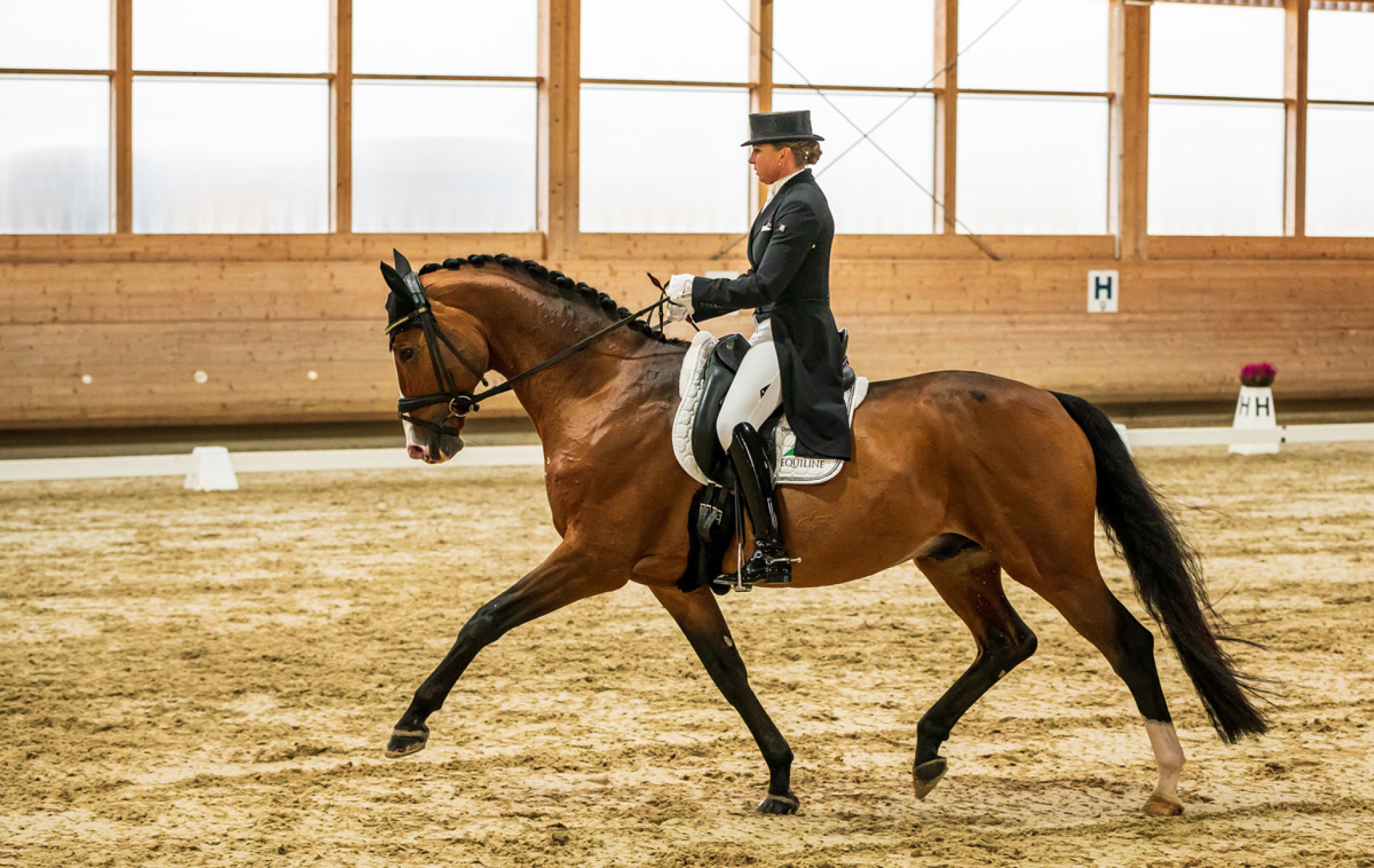 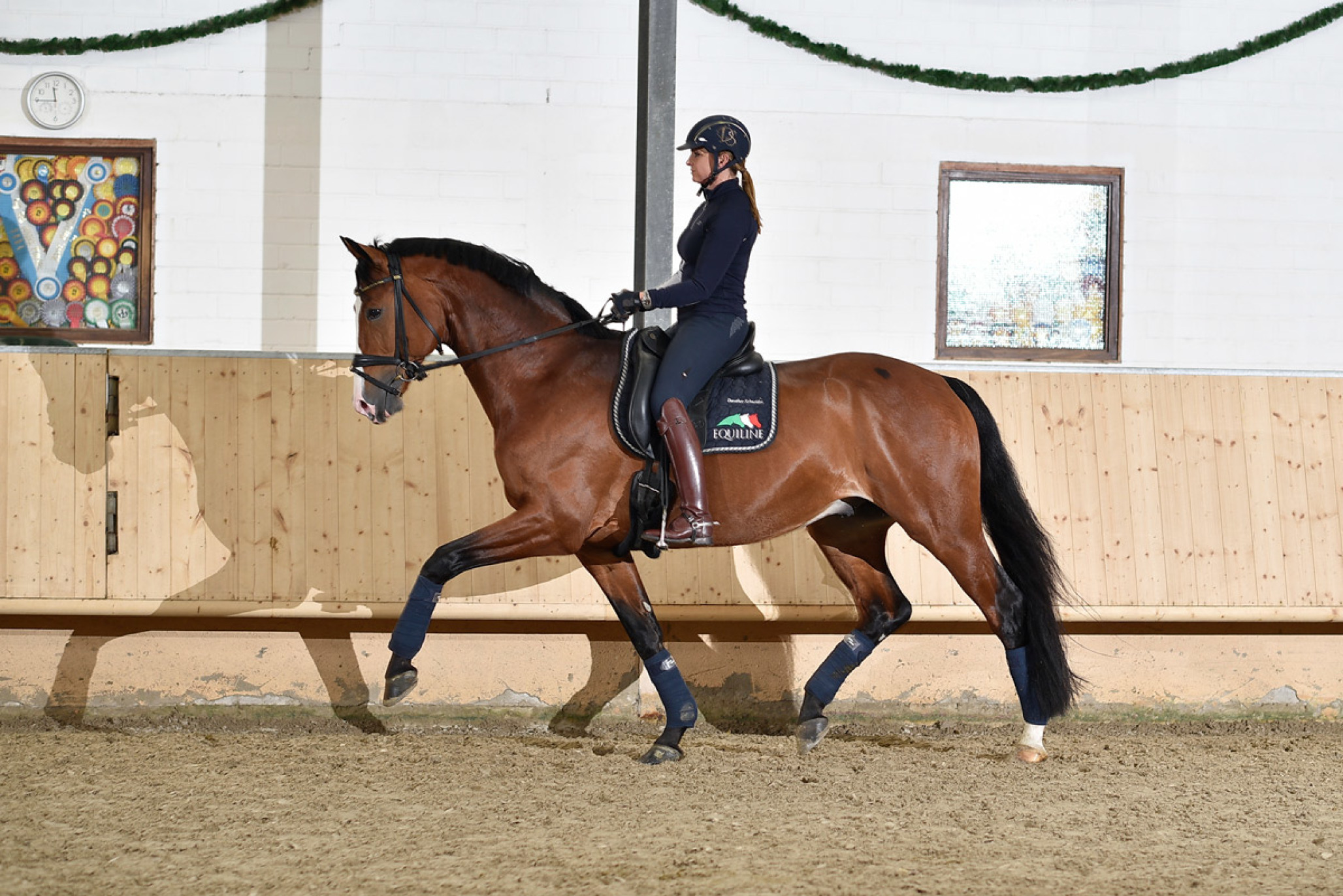 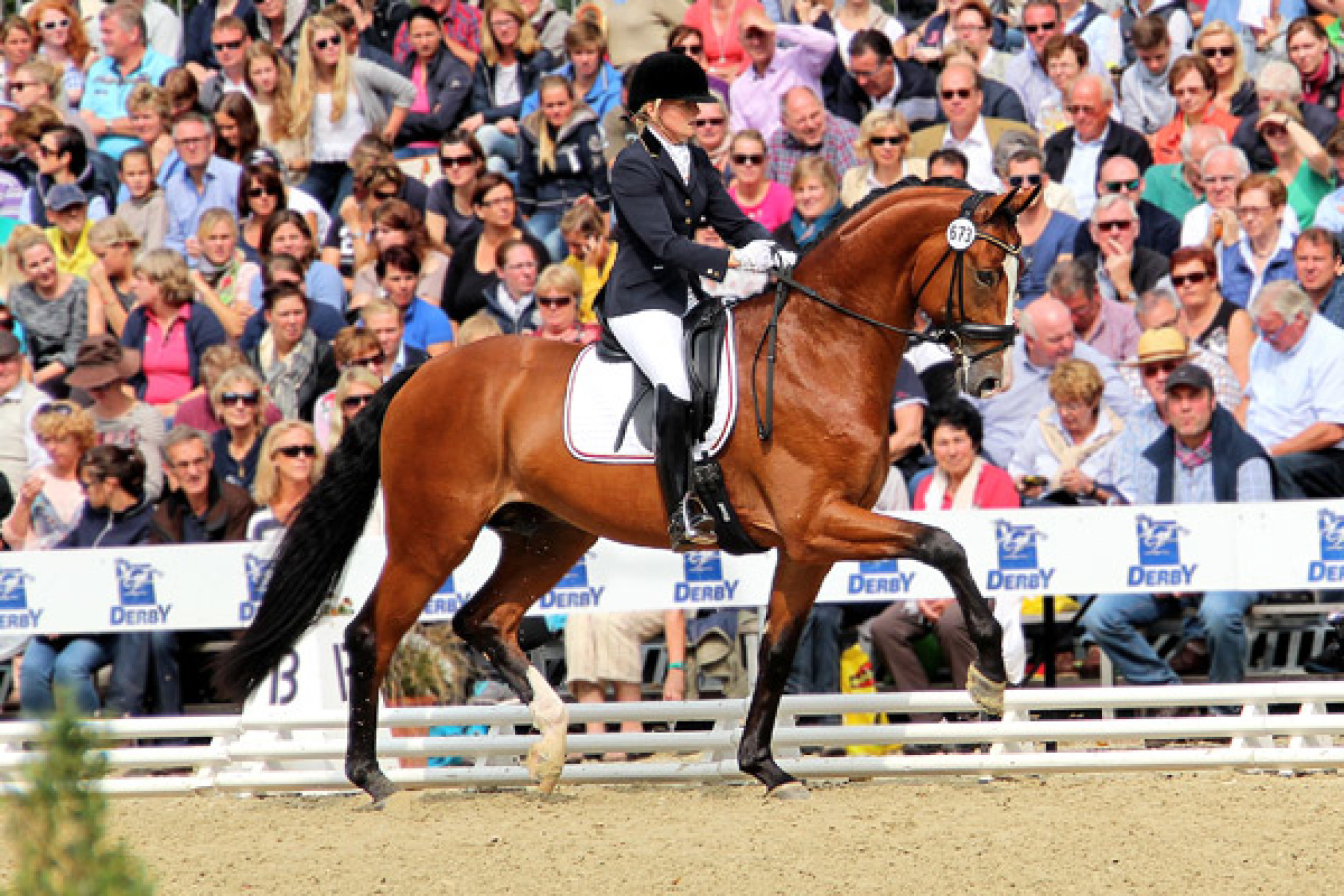 The sire of Lilliano OLD, Lissaro van de Helle, won the Bundeschampionat as a three-, four- and five-year-old, was 2010 Vice World Champion of young dressage horses and can show victories up to Intermediate.

The dam Spectacular was herself successful in tests for young riding horses.

The further succession is secured with rideability sires Rubinstein I and Consul.

The great granddam Clothilde is the dam of the licensed stallions Rough Diamond (by Rohdiamant) and the Grand Prix successful Wolter (by Weltgeist). Regardez Moi (by Rubinstein I) placed under Heath Ryan/AUS 2009 in the World Cup Final. What's up (by Weltissimo) is also successful in advanced (S) level dressage, Fashion Week (by Fidertanz) won medium (M) level dressage.

From the Mecklenburg dam line also the licensed stallion Urheber (by Unkenruf) and other sport horses.