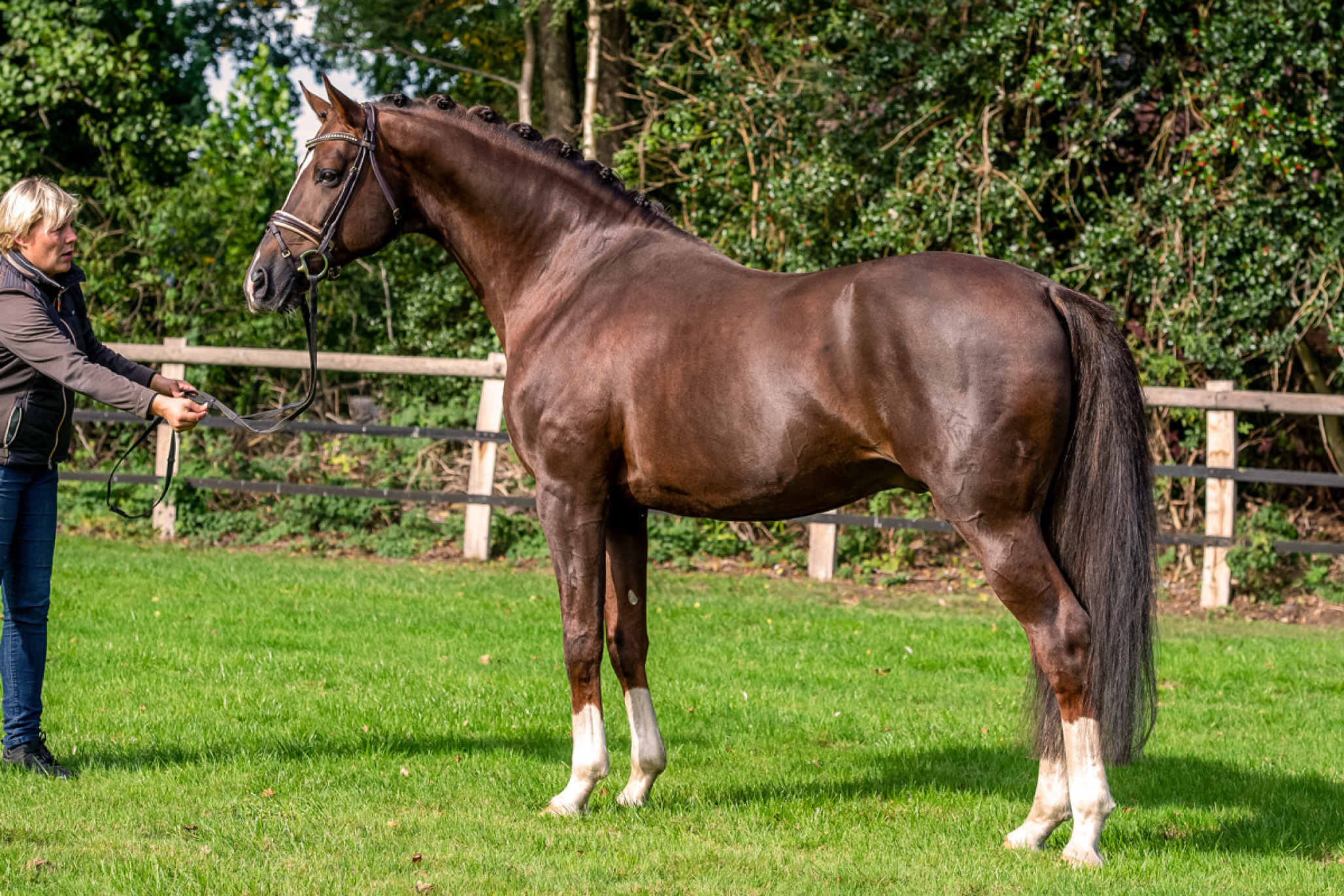 Moliere comes from one of the most powerful mare families of all, has the Trakehner elite stallion Münchhausen as his sire and under Victoria Max-Theurer collected victories and placings in the international small tours of Aachen, Munich, Donaueschingen, Cappeln and Achleiten/AUT, including qualification for the Nuremberg Burg-Pokal.

The offspring of the incredibly typey dark chestnut, who was approved by the Westphalian Verband in 2004 and who will be used for breeding for the first time in 2014, will impress with their noble habitus and their opulence of movement. 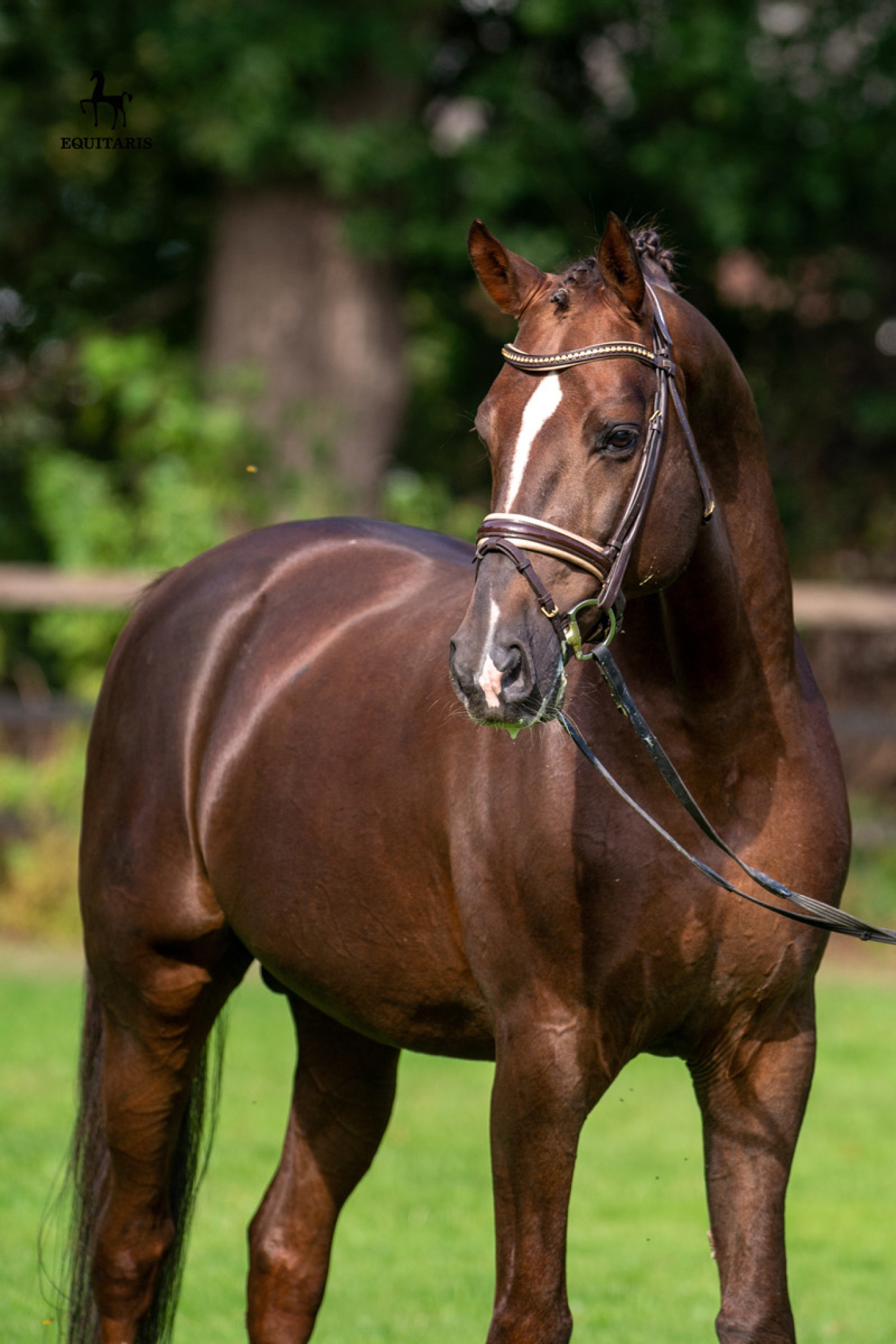 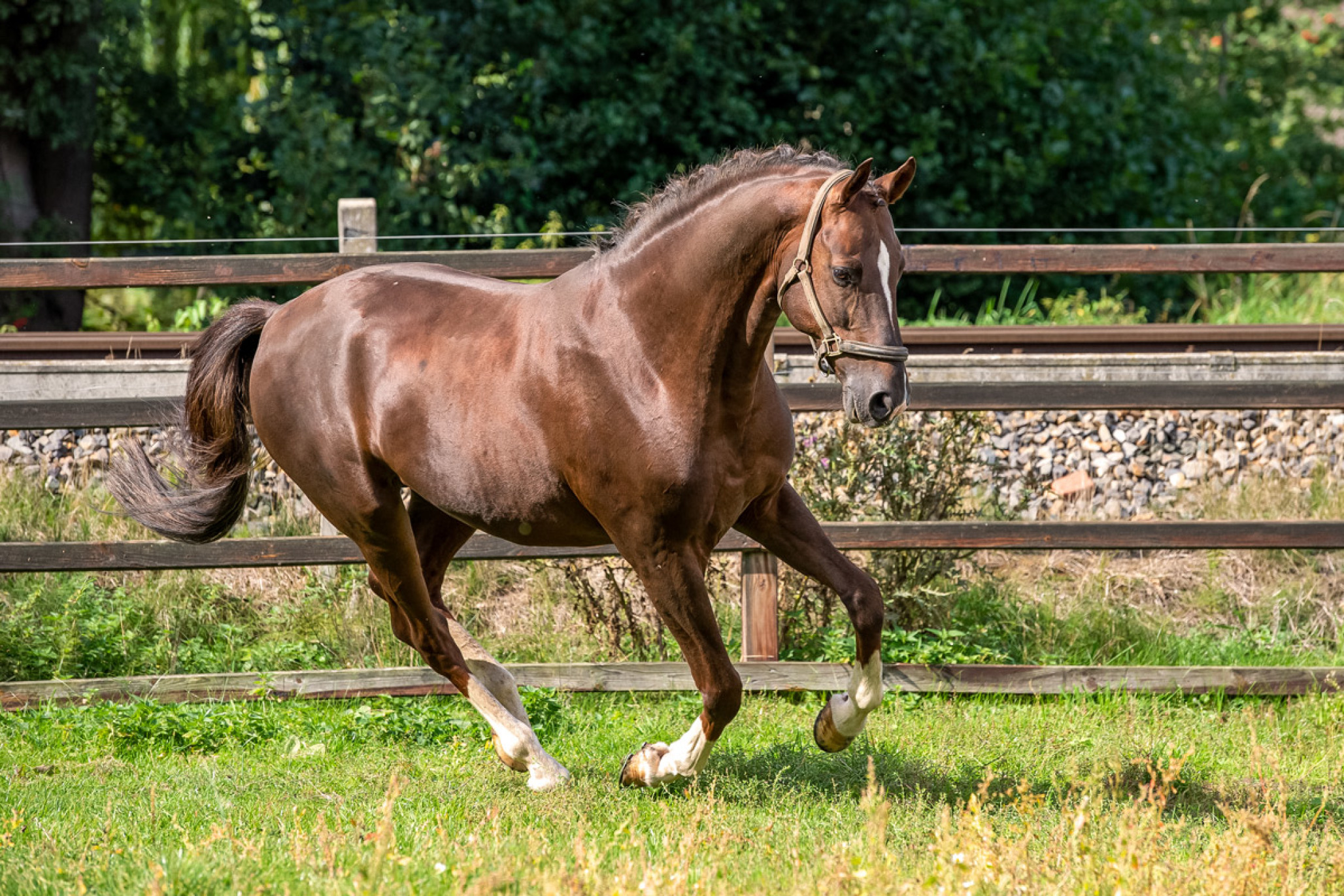 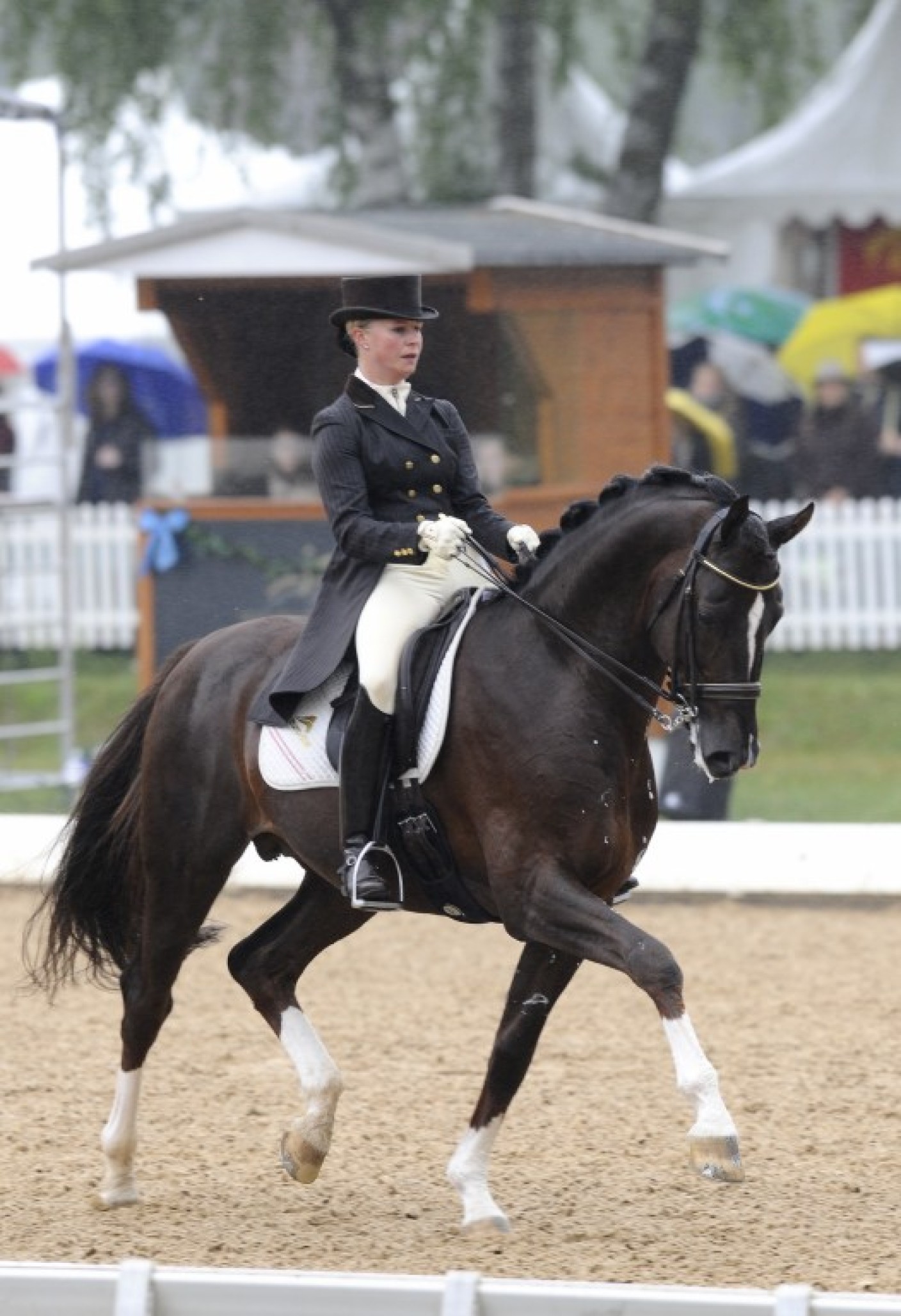 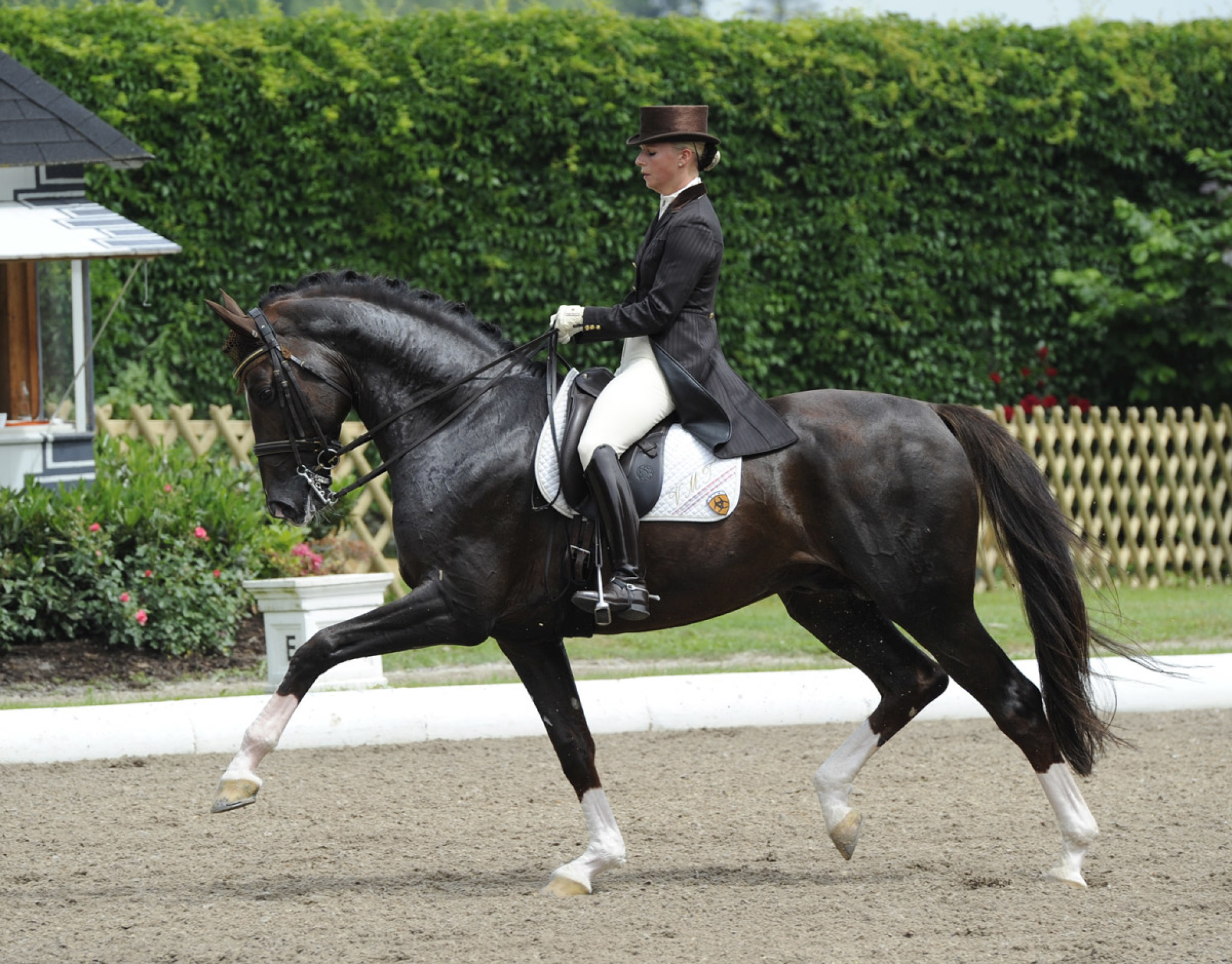 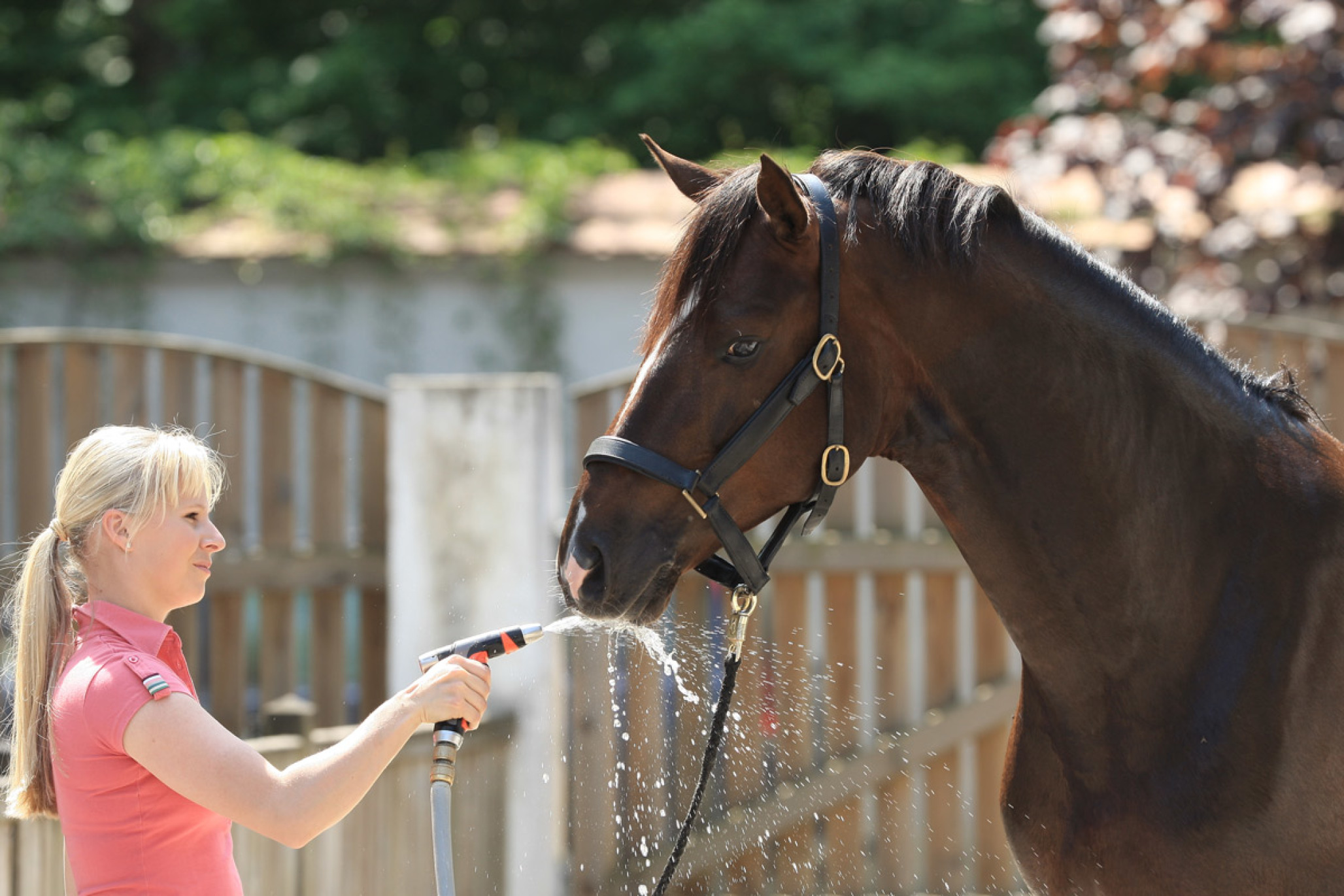 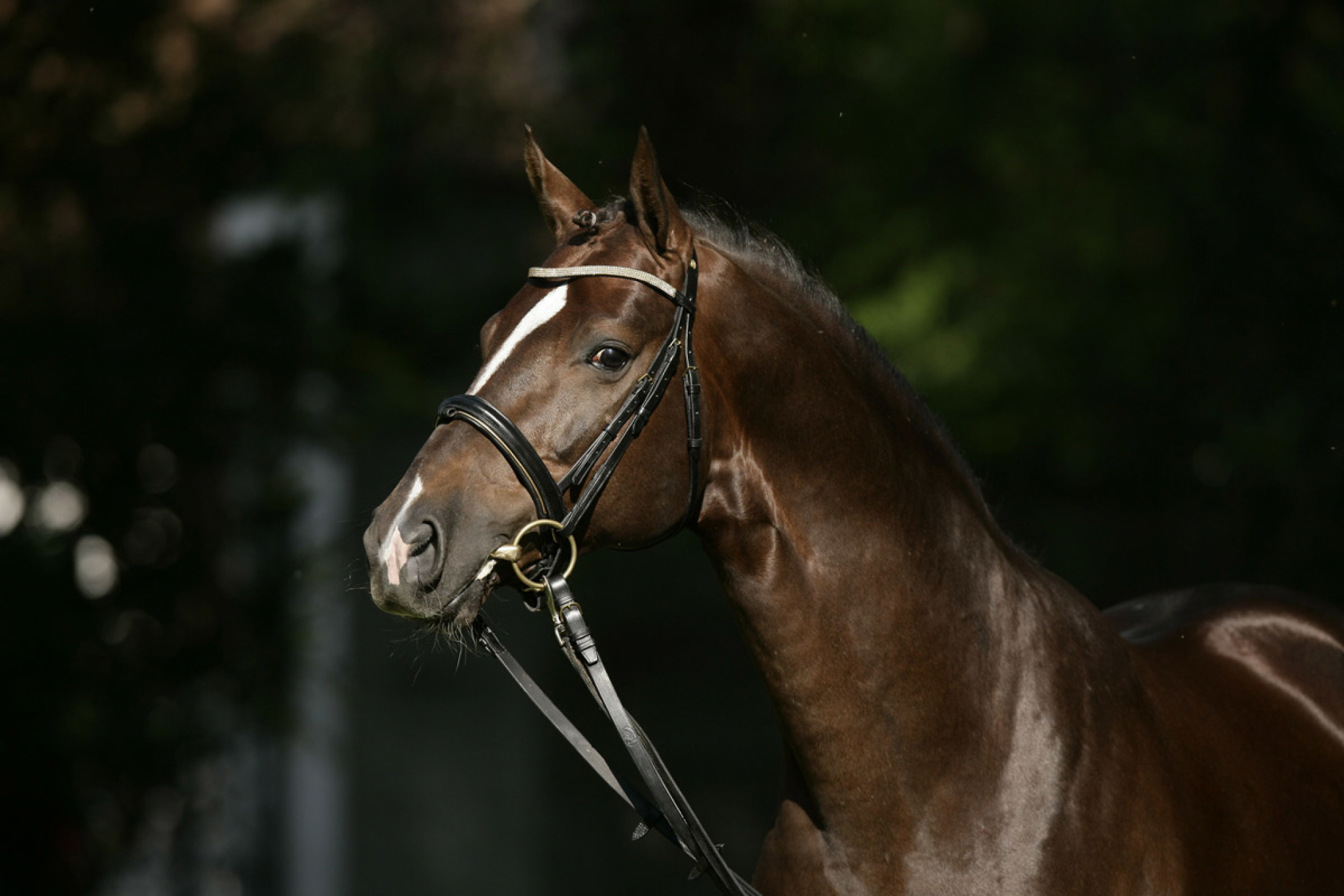 His sire Münchhausen was a Trakehner Champion Stallion, top stallion market stallion, winner of the stallion performance test, Trakehner Bundeschampion and bronze winner at the Bundeschampionat for young riding horses. When he was five years old, Münchhausen TSF took seventh place at the Bundeschampionat for young dressage horses and, as a six-year-old, he again competed in the Warendorf Final after winning silver at the World Championships for Young Dressage Horses in Verden. On the basis of his more than 60 successes up to international Grand Prix competitions, he was chosen as the elite stallion of his breed. Twelve of his sons were licensed and 45 daughters were awarded the State Premium. Of his sporty offspring, 27 have achieved advanced (S) level successes.

The dam Florence is a sixfold stallion mother. The combination with Ehrentusch resulted in Eichendorff, who won international Grand Prix dressage competitions with Victoria Max-Theurer/AUT, the NRW Champion Stallion, record holder of the Stallion Market Prize and Estobar NRW, who was promoted to Grand Prix under Hubertus Schmidt, and Ehrendorf, who was successful in Grand Prix under Alizee Froment/FRA. 2016 was licensed in Mecklenburg Discover (by Don Frederic), who is sponsored in sport by Benjamin Werndl. The sixth son Triple Crown (by Triple X) was licensed for breeding in 2018. Moliere's full brother, Marquis Monet, took fourth place at the 2005 Bundeschampionat for young riding horses and placed in advanced (S) level dressage.

The granddam St.Pr.St. Florabelle is the dam of the licensed stallion Werbespot (by World Magic) and the two St.Pr.mares Farina and Fiorentina (both by Ferragamo), the latter of which produced the licensed stallion Eure Exzellence (by Ehrentusch) and the mare Rubina (by Rubiloh). Rubina in turn became the dam of the premium stallion, Federal and Westphalian Champion Equitaris (by Estobar NRW) and his full brother Equitares, who was also licensed.

Florestan I is one of the most sought-after sires for dressage horses in the third generation.