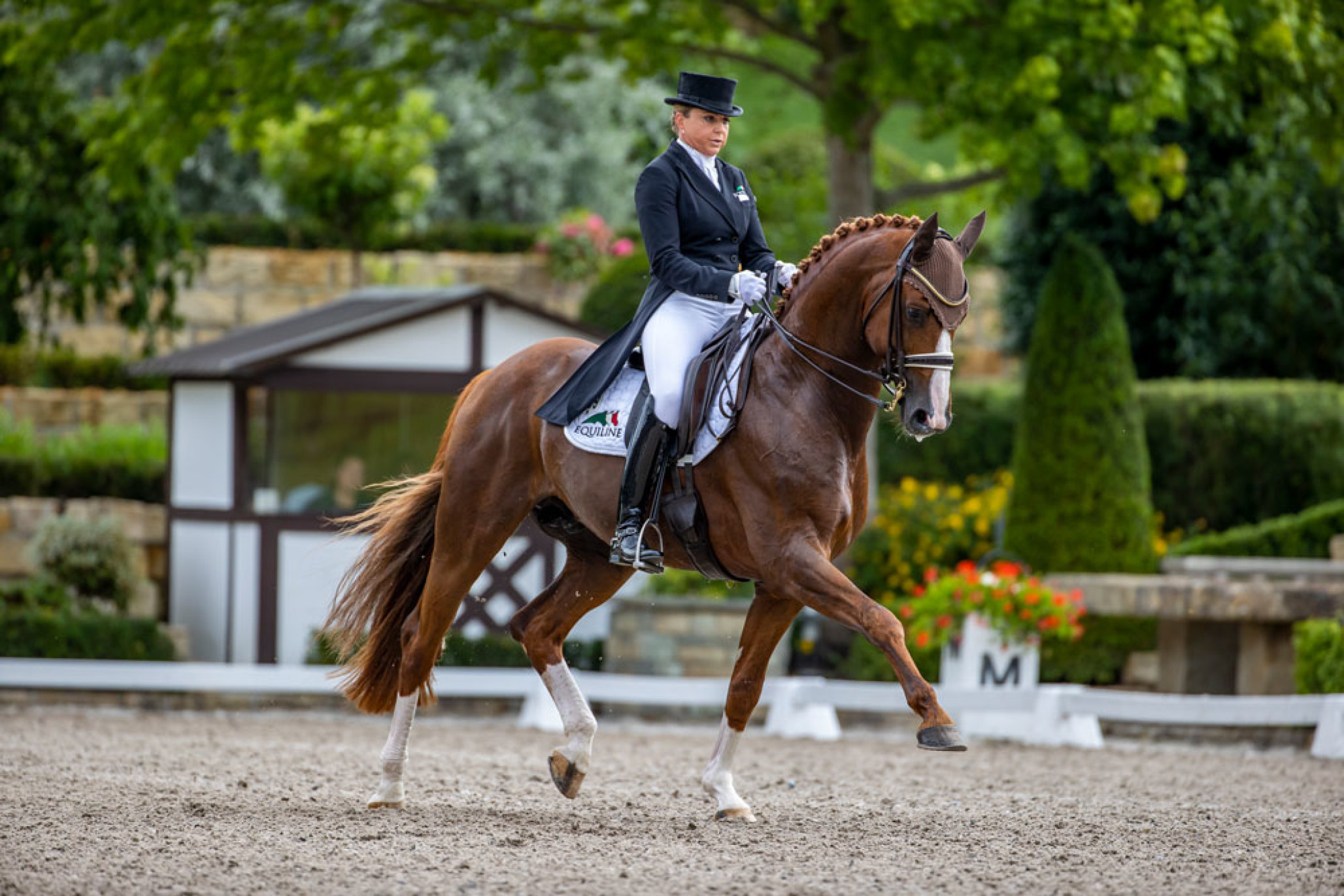 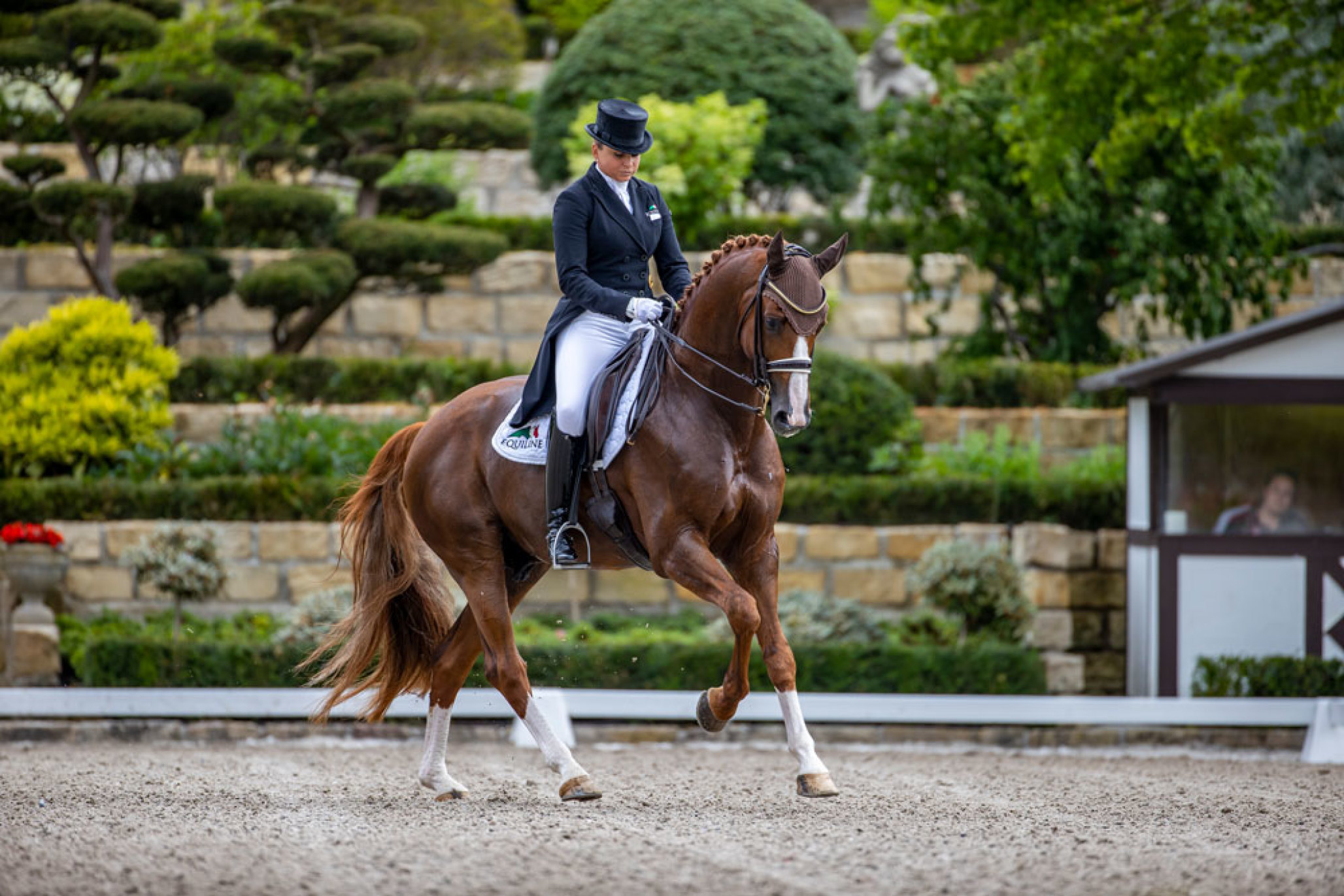 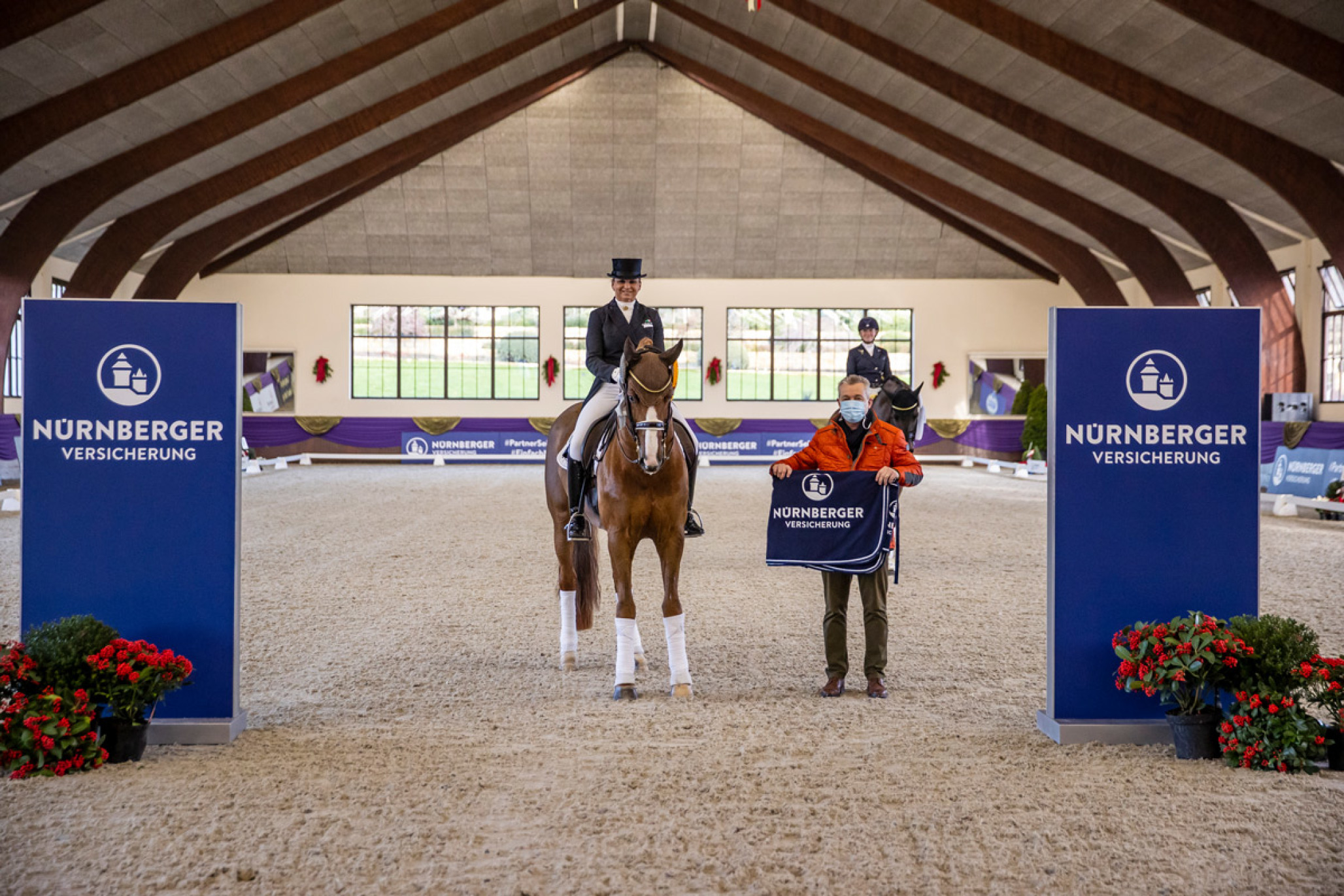 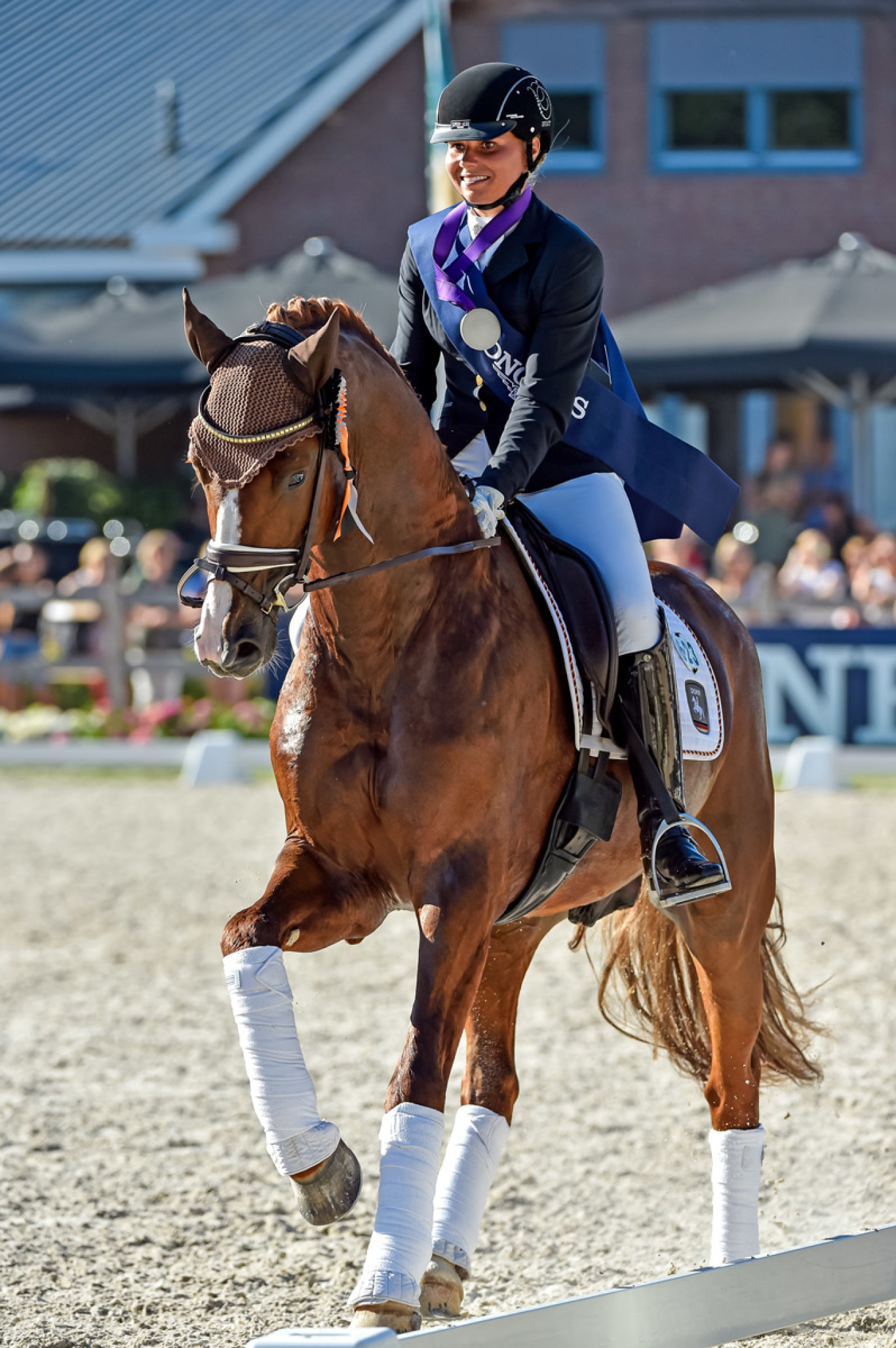 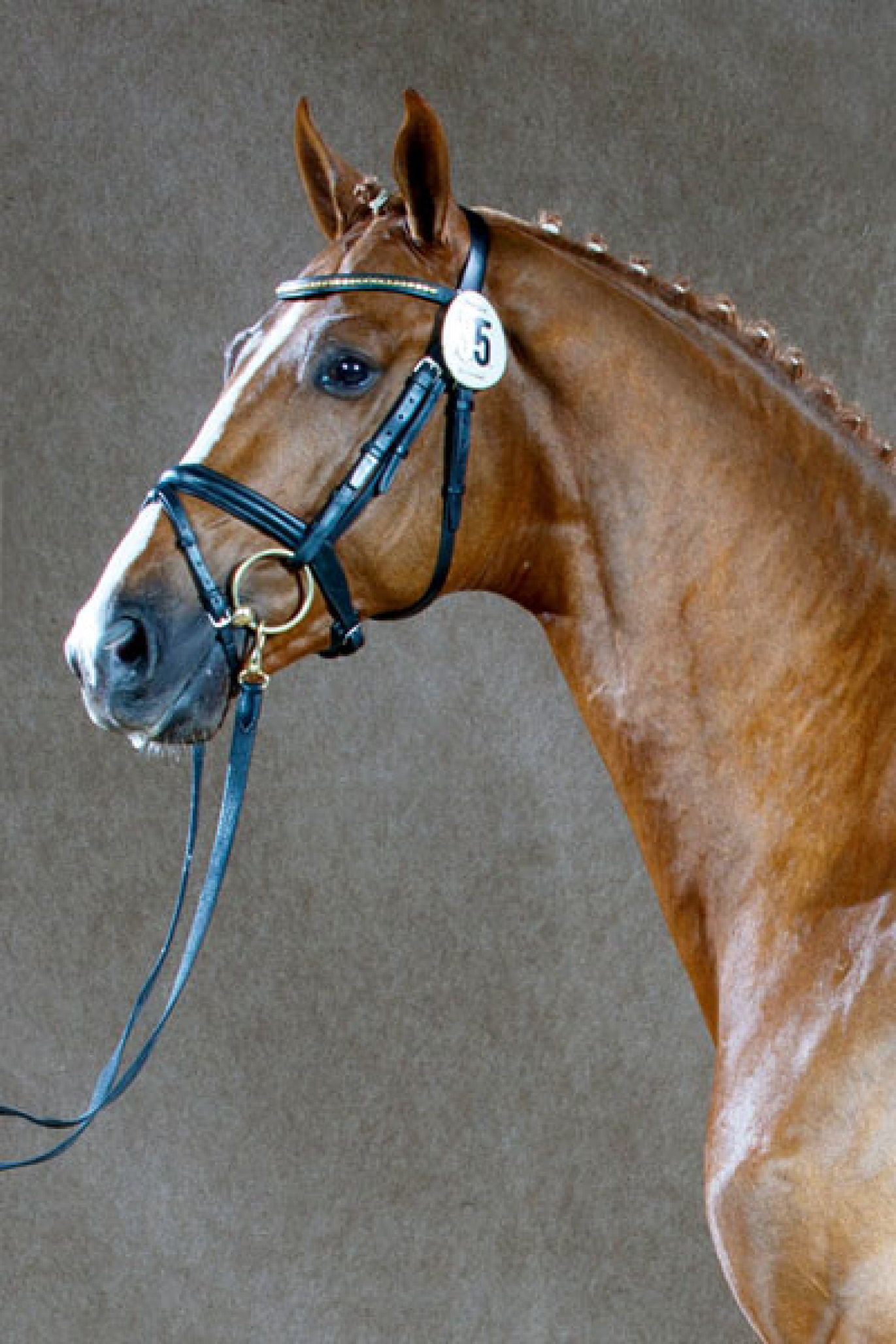 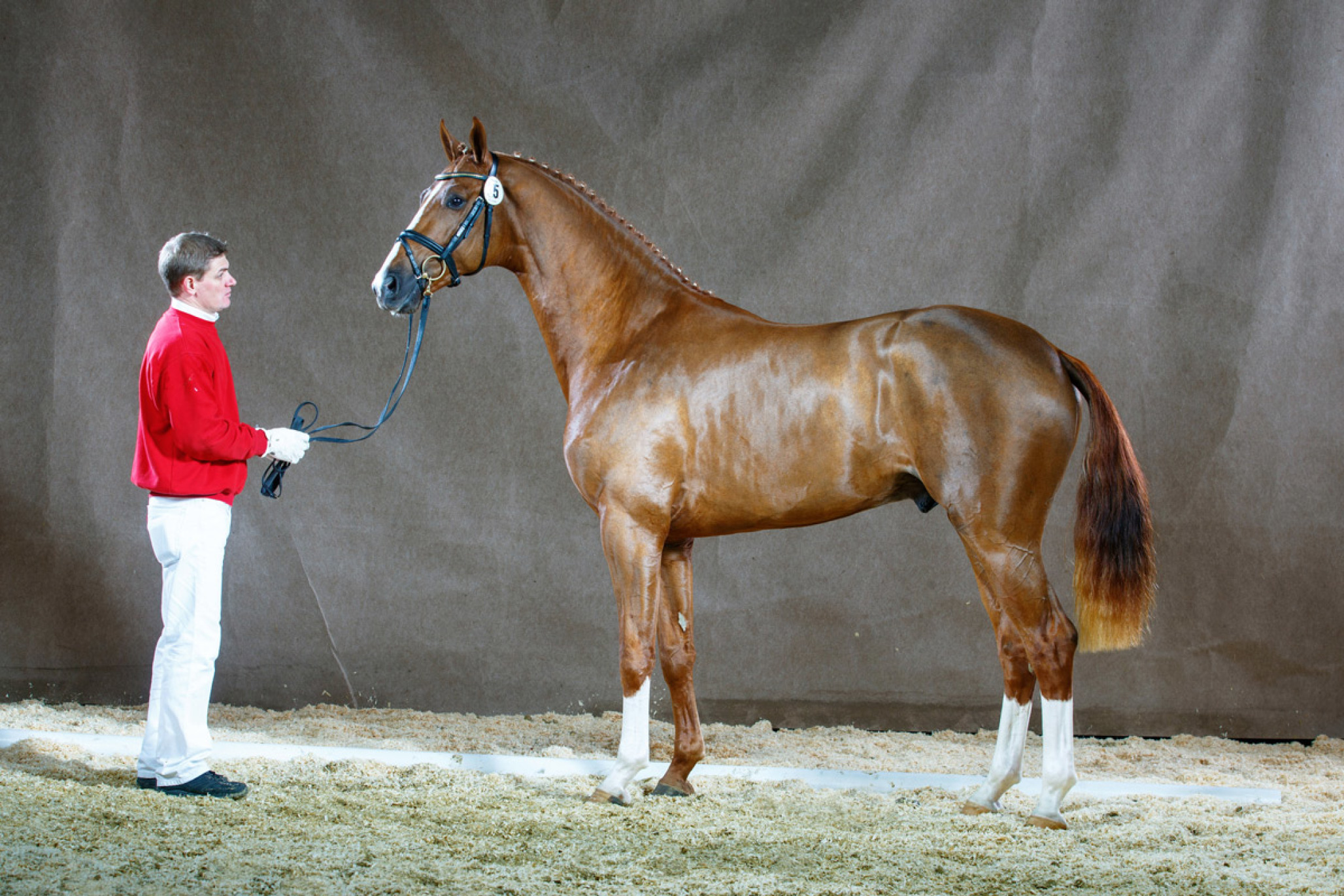 With Laura Strobel, Villeneuve won bronze at the Bundeschampionat for four-year-old stallions. He was awarded 18.0 points by the test riders. As a five-year-old, Villeneuve was fourth and just missed out on a medal in the Warendorf Bundeschampionat Final for dressage horses. When he was six years old, he was nominated for the World Championships for young dressage horses. After a victory in the final qualification, he won the silver medal in the final with two hundredths of a second behind gold. For the canter Villeneuve received a 9.8, the perspective was assessed with 9.5 and the trot with 9.4. Total 9.24 points.

Seven-year-old Villeneuve debuted under Olympic champion Dorothee Schneider victoriously in Prix St. Georges dressages and qualified eight-year-old in Bettenrode with over 77 percent for the Burg Cup final. After taking second place in the qualifier with a score of 76.5 percent, the pair had to settle for eighth place (74.98 percent) in the Burg Cup final after making a few small mistakes.

The dam Verb.Pr.St. Dörty Dancing was herself successful in tests for young dressage horses.

Second sire is the Lower Saxony State Stud Stallion Dancier. He began his career in 2004 as a Hanoverian Champion Stallion, followed by silver at the Hanoverian Riding Horse Championships and bronze at the Bundeschampionat for four-year-old stallions. When he was six years old, Dancier placed in the Bundeschampionat Final in Warendorf. He then went on to win dressage classes up to St. Georges. The list of his more than 40 licensed sons is headed by the Burg Cup and Louisdor Prize finalist Harmony's Don Noblesse/Susan Pape/GBR and the Westphalian Champion Stallion, 700,000 Euro Stallion Market record holder and Dressage Horse Vice World Champion as well as Vice Bundeschampion Danciero. Among his other offspring is the Bundeschampion, Dressage Horse World Champion and Grand Prix winner Lordswood Dancing Diamond under Dorothee Schneider.

The great-grandsire Worldly I won dressage competitions up to Intermediaire I, has 15 licensed sons and numerous advanced (S) level successful offspring, including the Grand Prix horse Wind of Change with Christoph Koschel.

The great-granddam Amika produced the medium (M) level dressage horse Davino (by Dancier) as well as the Para dressage horse Walk of Fame II (by Worldly I), who placed at the 2019 European Championships in Rotterdam/NED under Adib El Sarakby/FRA.

Hanoverian line of Hardine, from here also the licensed stallions Navarro (by Negro), stallion by Lingh, Rame Star (by Ramiro Z) and Dagomba (by Drosselklang II).