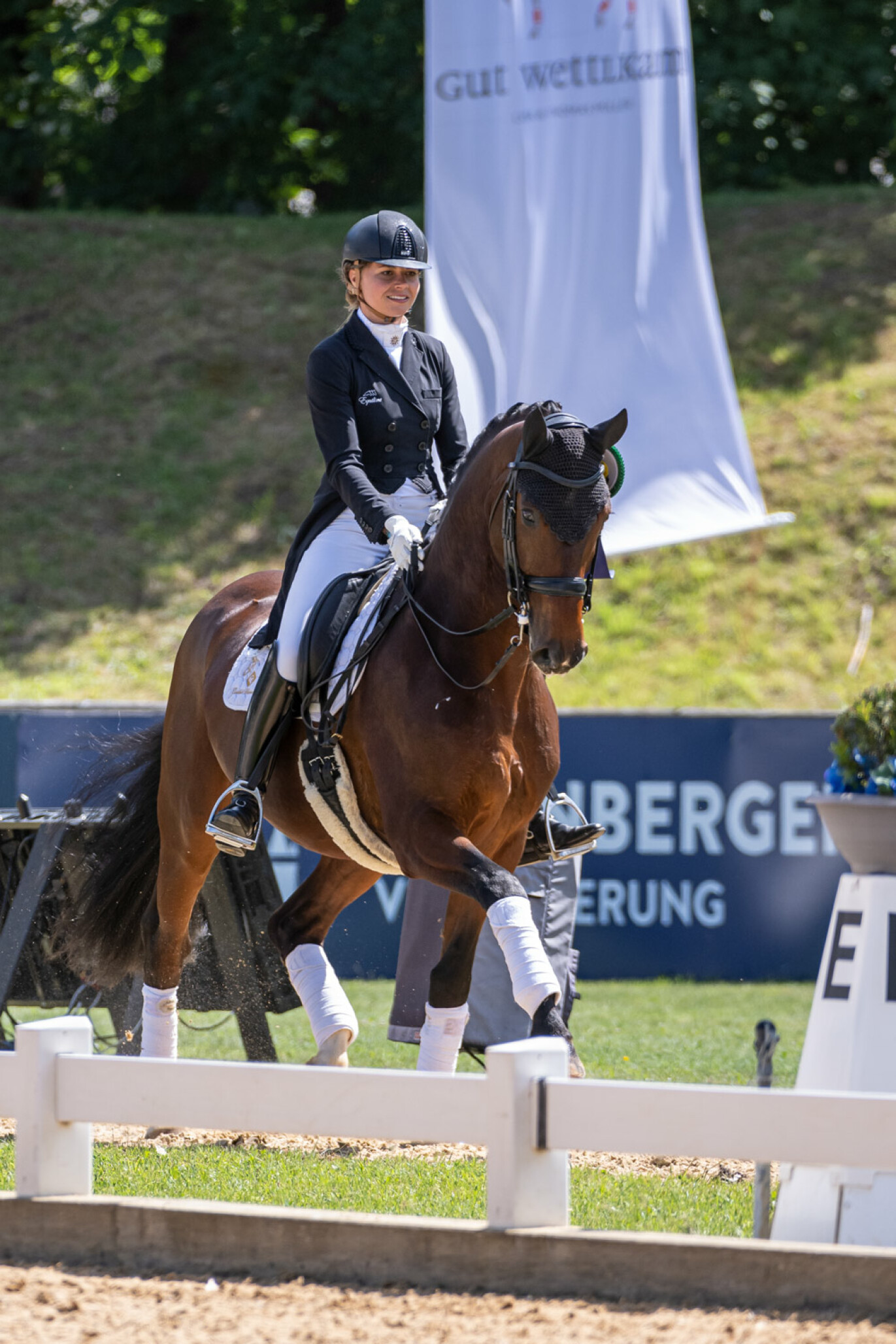 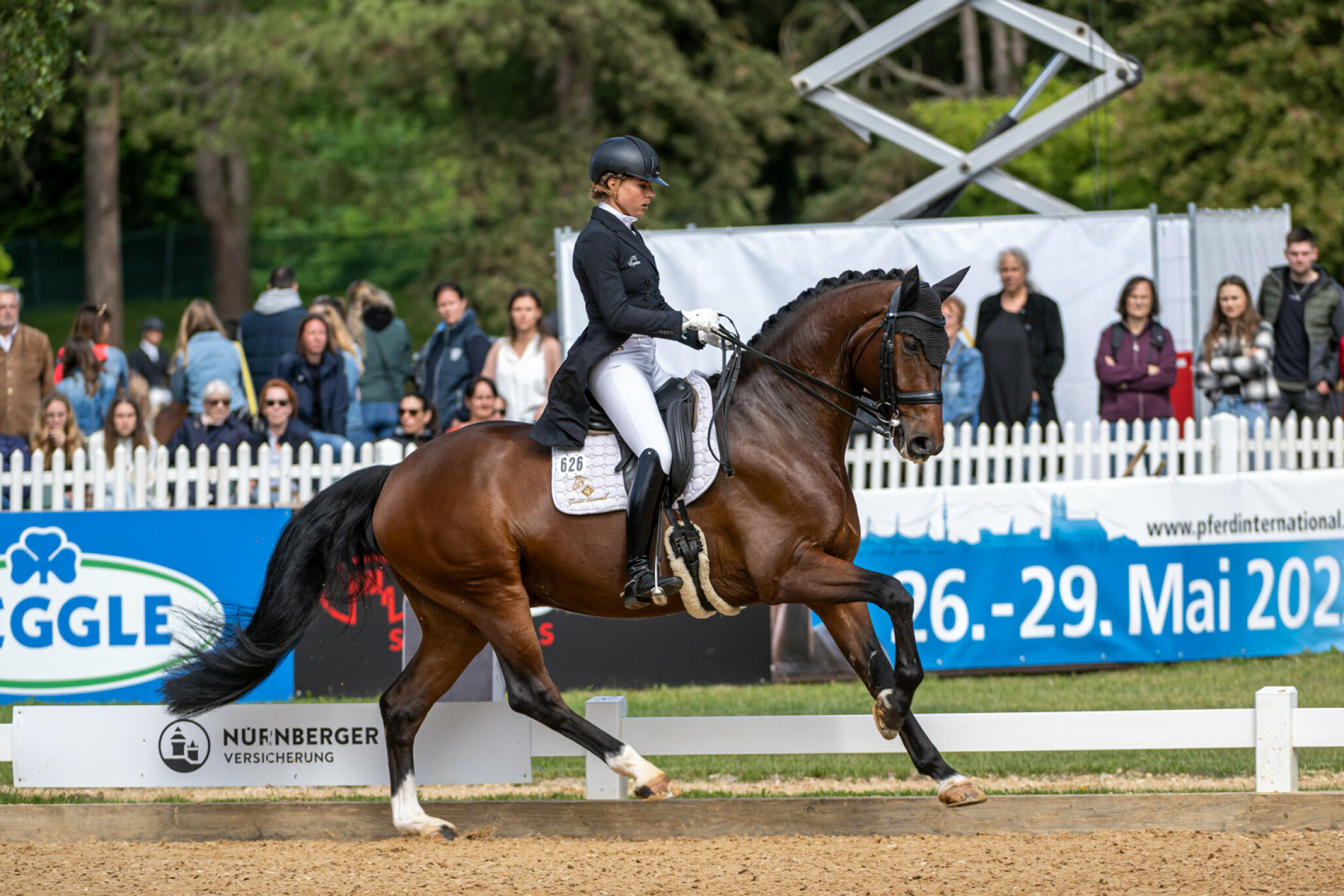 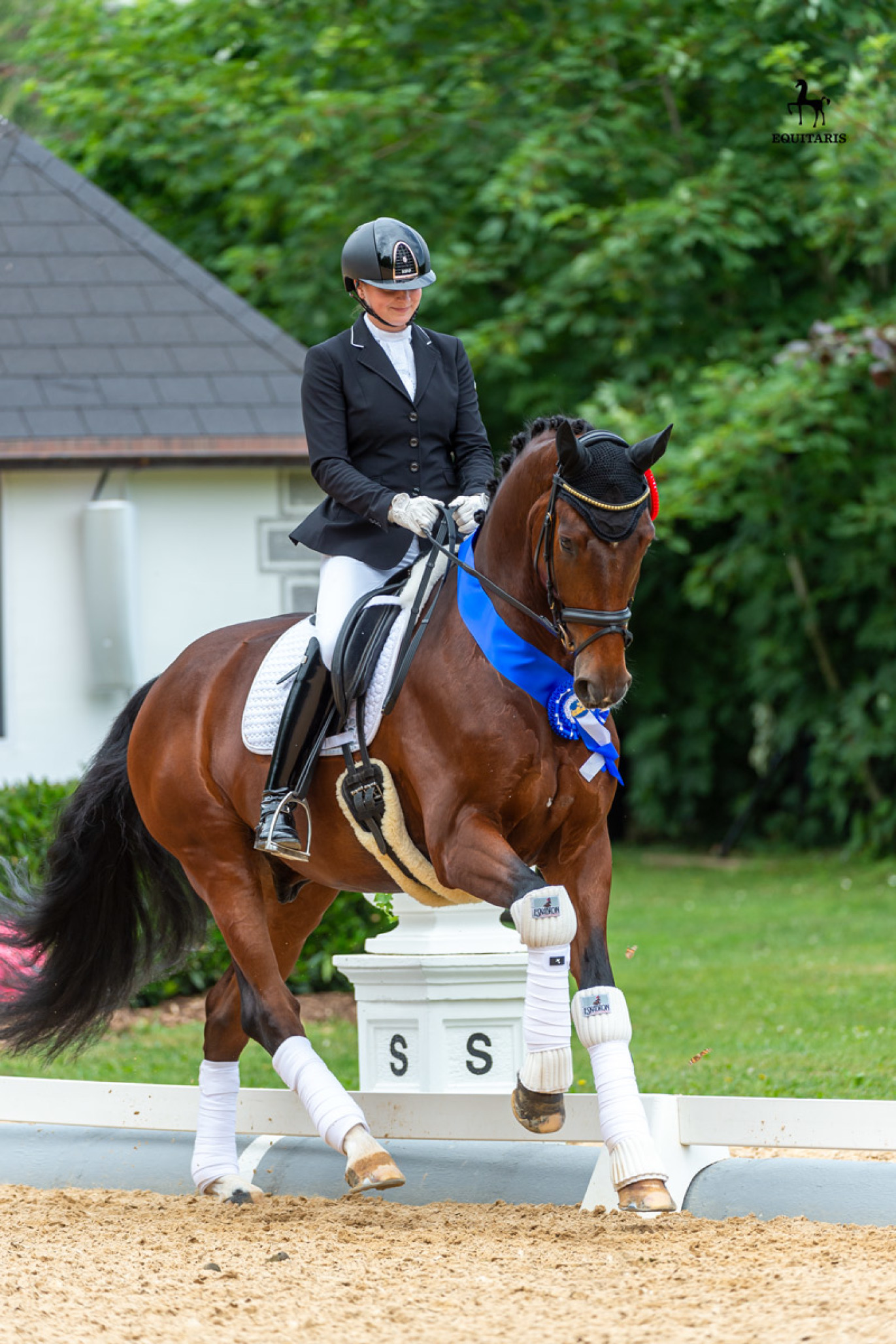 As a four-year-old, Diamond of Eternity won novice class riding and dressage tests for young horses with Melanie Tewes. As a five-year-old, he made his international debut under Tamara Michei with victories in Ebreichsdorf/AUT and Achleiten/AUT. The pair took part in the World Championships for Young Dressage Horses for Austria.

The sire Diamond Hit is one of the most important dressage sires and was successful up to Grand Prix level under Emma Hindle/GBR. The winning sum of his offspring, which also includes Victoria Max-Theurer's Olympic partner Della Cavalleria OLD, amounts to over 815,000 Euros.

The dam, Antigua MT OLD, was herself highly successful in dressage under Victoria Max-Theurer/AUT and is also a member of the Oldenburg sport promotion squad.

The granddam Rubiette, who is descended from Rubinstein I, comes from the direct dam line of Liechtenstein, the Olympic horse by Sissy Max-Theurer. The half-sister Donatella (by Don Schufro) placed sixth at the 2005 World Championships for six-year-old dressage horses under Bettina Laisbo/DEN and eighth at the 2006 Falsterbo Horse Show/SWE in the Final for seven-year-old horses.