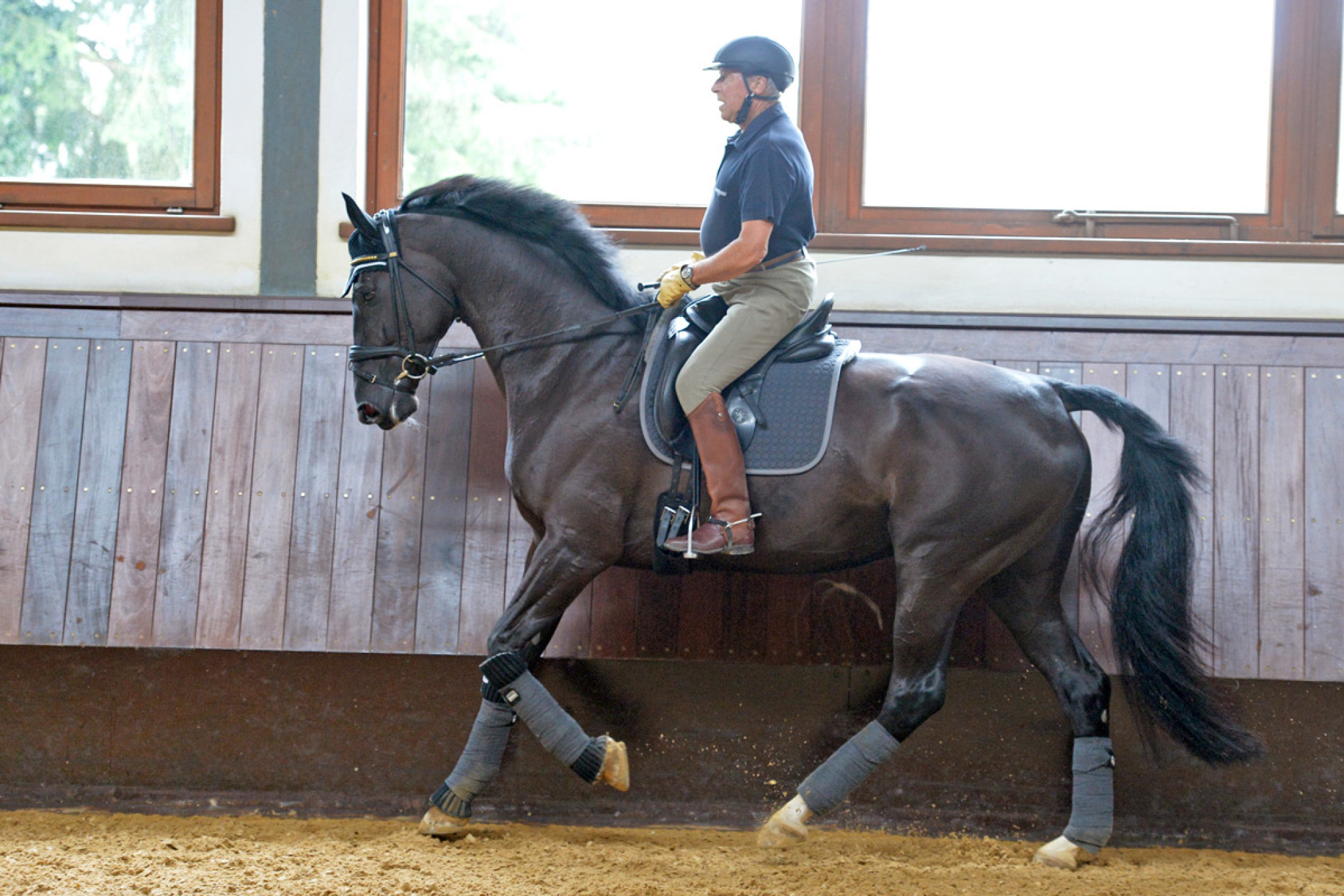 As a four-year-old, Fackel first placed with Yvonne Kläne and Laura Strobel in novice class dressage tests for young horses and then moved to Austria. Back in Germany she achieved good placements in medium (M**) level dressage tests.

Fackel GV is descended from the Oldenburg Reserve Champion Fackeltanz OLD, also stationed in Cappeln. After series successes in St. Georges dressage competitions and a place in the Burg-Pokal Final of the best young horses in Germany, he was able to place in the Grand Prix Tour for young horses in 2015 straight away. Under Stefan Lehfellner/AUT he now competes in international Grand Prix competitions.

The dam, Antigua MT OLD, was herself highly successful in dressage under Victoria Max-Theurer/AUT and is now a member of the Oldenburg sport promotion squad.

The granddam Rubiette, who is descended from Rubinstein I, comes from the direct dam line of Liechtenstein, the Olympic horse of Sissy Max-Theurer. The half-sister Donatella (by Don Schufro) placed sixth at the 2005 World Championships for six-year-old dressage horses under Bettina Laisbo/DEN and eighth at the 2006 Falsterbo Horse Show/SWE in the Final for seven-year-old horses.