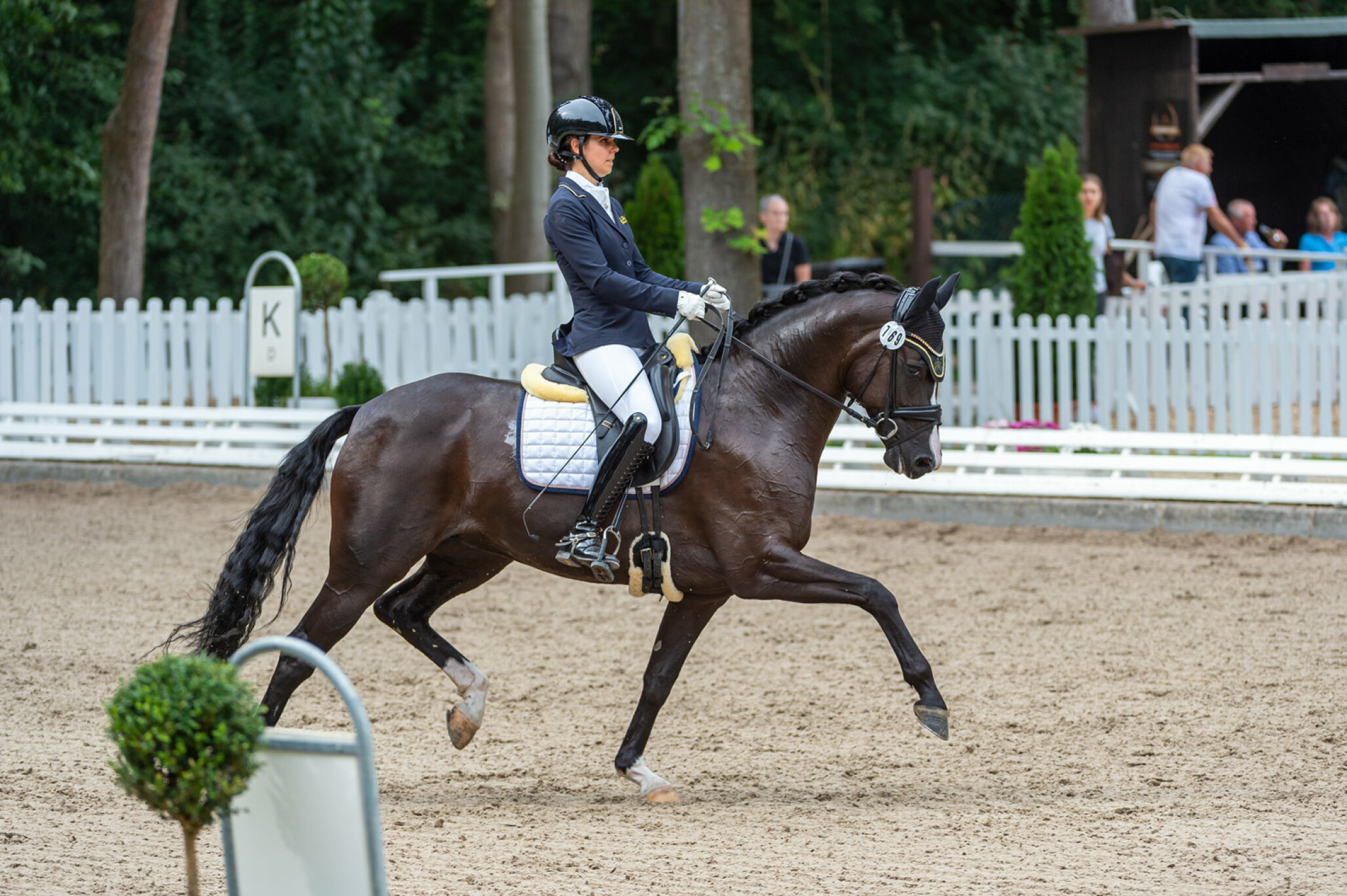 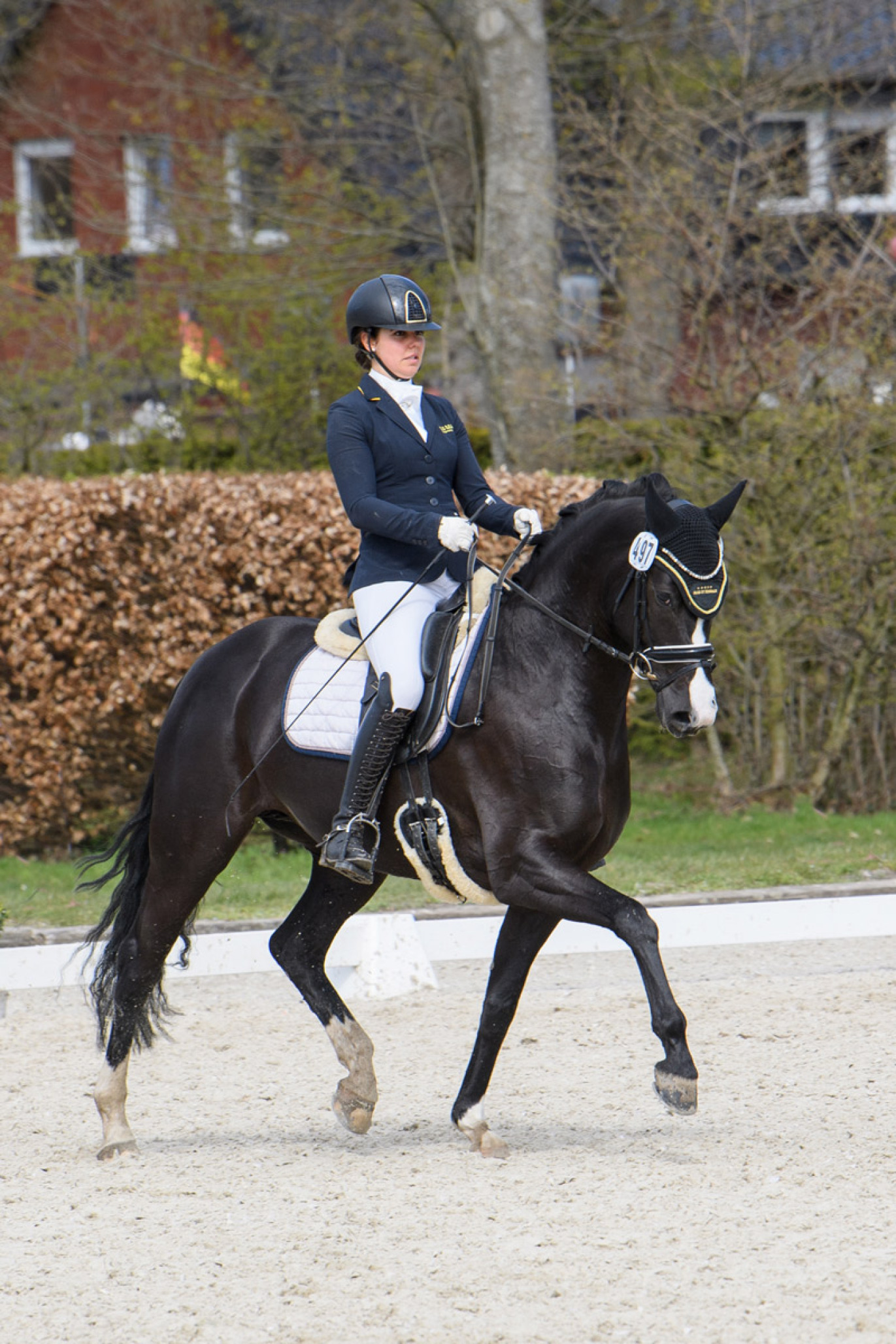 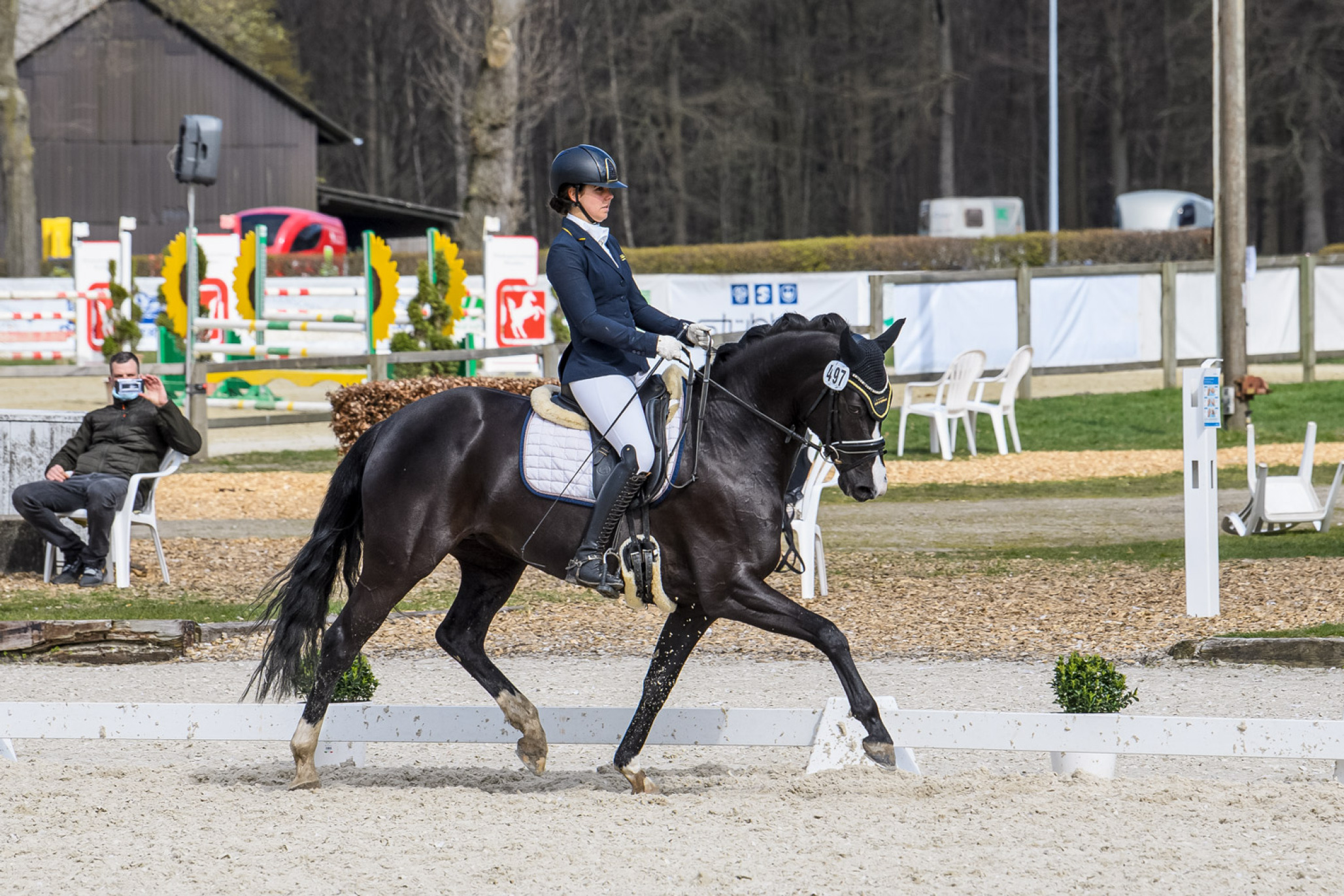 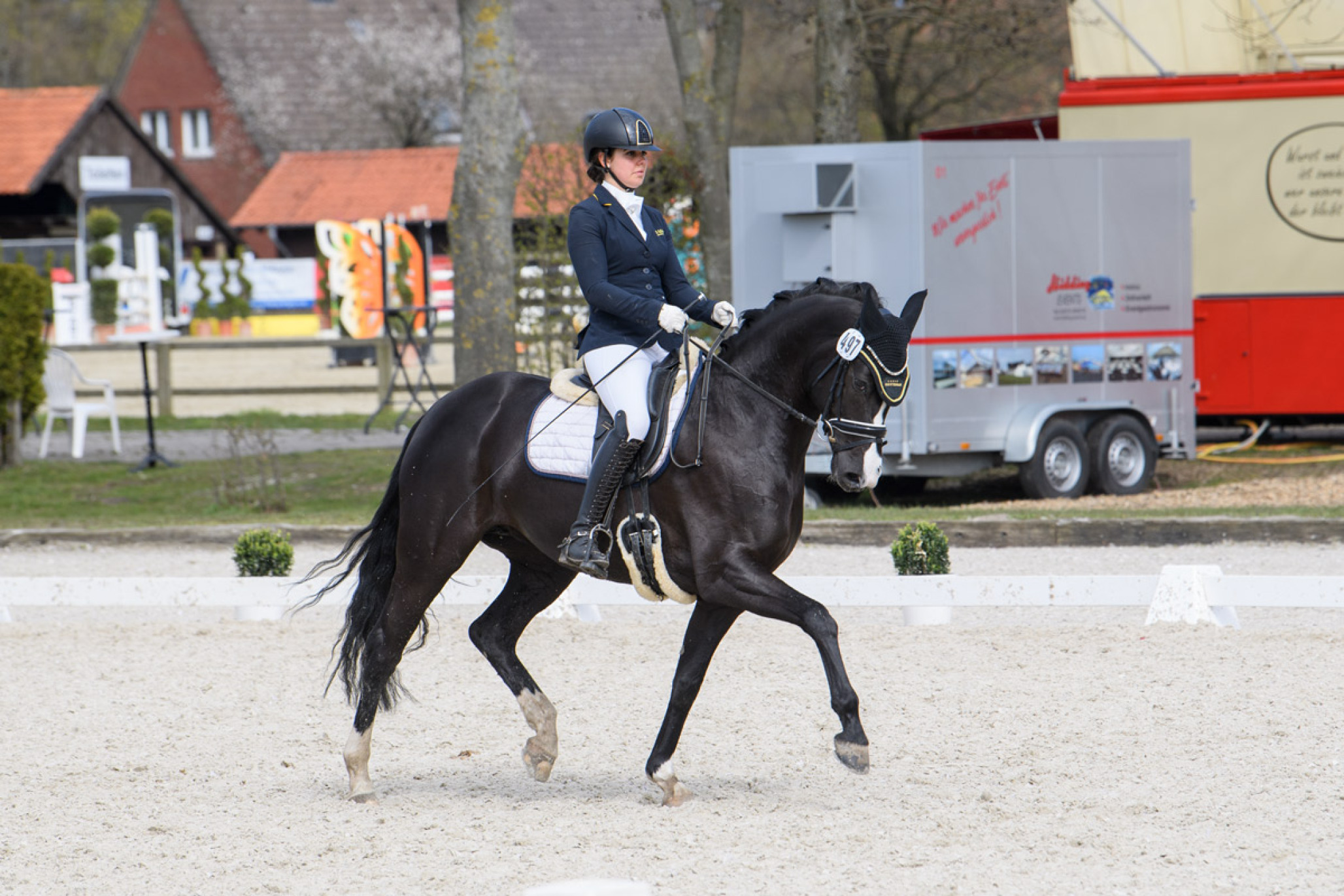 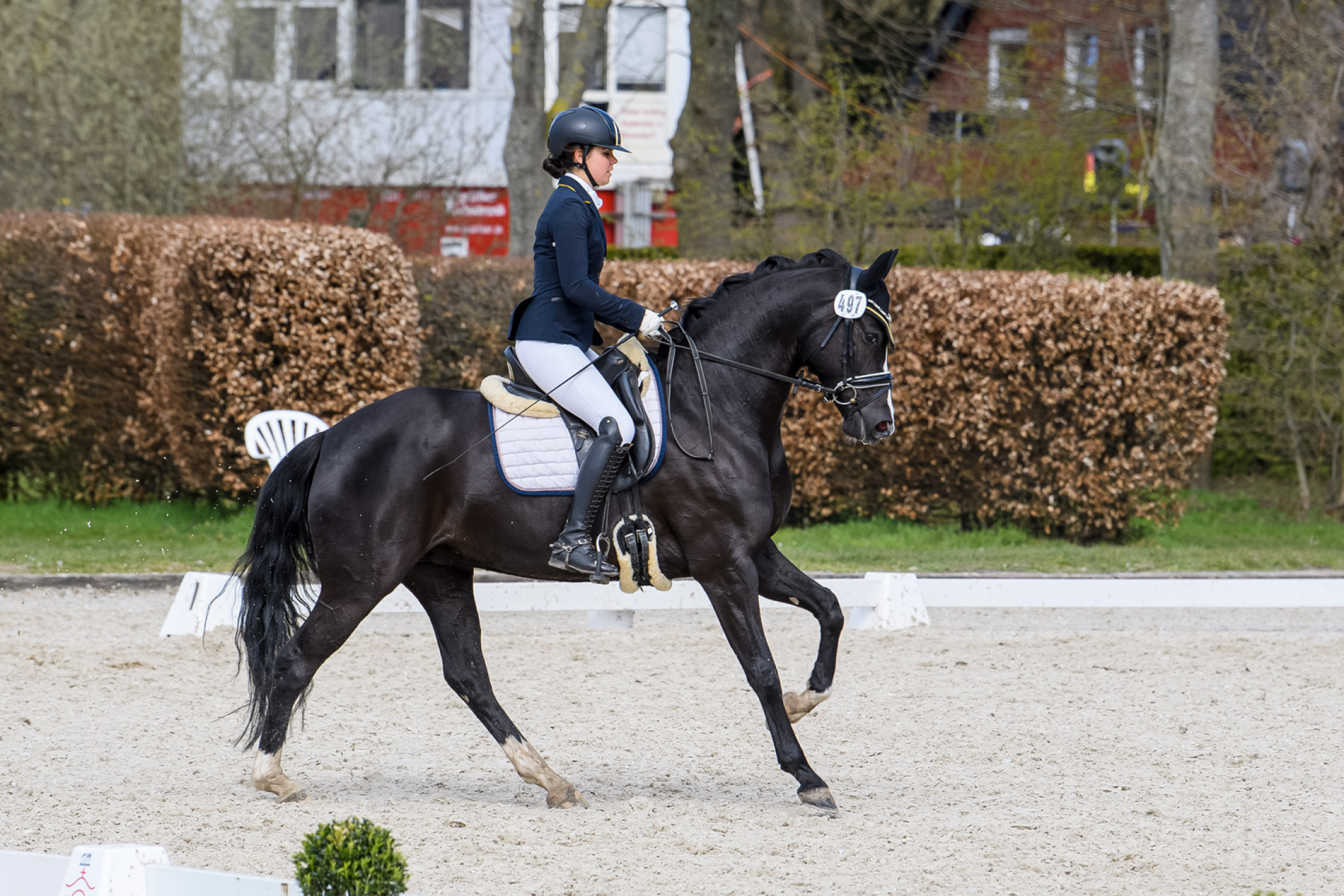 Venezia GV won four-year old tests for young riding horses at her show debut under Rebecca Holtwiesche. At the age of five, the black mare and her rider Joline Durand immediately qualified for the Bundeschampionat for young dressage horses and competed in the Warendorf Final.

His sire is the extremely elegant Villeneuve. He was the acclaimed 1st Reserve Champion of the Westphalian licensing in 2014 and subsequently bronze medallist at the Bundeschampionat for young riding horses and Dressage Horse Vze World Champion under Laura Strobel. Under Dorothee Schneider, he won in series in the Small Tour and in 2020, after coming second in the Final Qualifier, he finished eighth in the Burg Pokal Final in Kronberg. In the future, Villneuve will be prepared by Daniel Bachmann Andersen for his first starts in the Grand Prix class.

For the dam Fontainebleau Venezia was the second foal. She descends from the Oldenburg Reserve Champion Fackeltanz OLD, also stationed in Cappeln. After series successes in St. Georges dressage competitions and a place in the Burg-Pokal Final of the best young horses in Germany, he was able to place in the Grand Prix Tours straight away.

The granddam, St.Pr.St. Royal Olympia, registered in the stud book under the name Renaissance M, was named Oldenburg Reserve Champion Mare in 2001 and placed in tests for young riding horses. She produced Santorin MT OLD (by Sandro Hit), who as a three-year old under Helen Langehanenberg took third place at the Oldenburg State Championships and fifth place at the Bundeschampionat. As a four-year old, she again took bronze in Rastede and seventh place in Warendorf.

Her sire Rohdiamant was Champion Stallion, Main Premium Winner, Bundeschampion and under Lisa M. Wilcox/USA he won international Grand Prix competitions. The dam Farce, herself a bronze medalist at the Bundeschampionat for young riding horses, produced the licensed full brothers Robbie Williams and Royal Olymp (by Rohdiamant), the latter of whom was the top auction horse in Vechta and won ribbons up to Inter I under Ronald Lüders. The granddam, Franca, went to elementary (L) level show jumping herself.