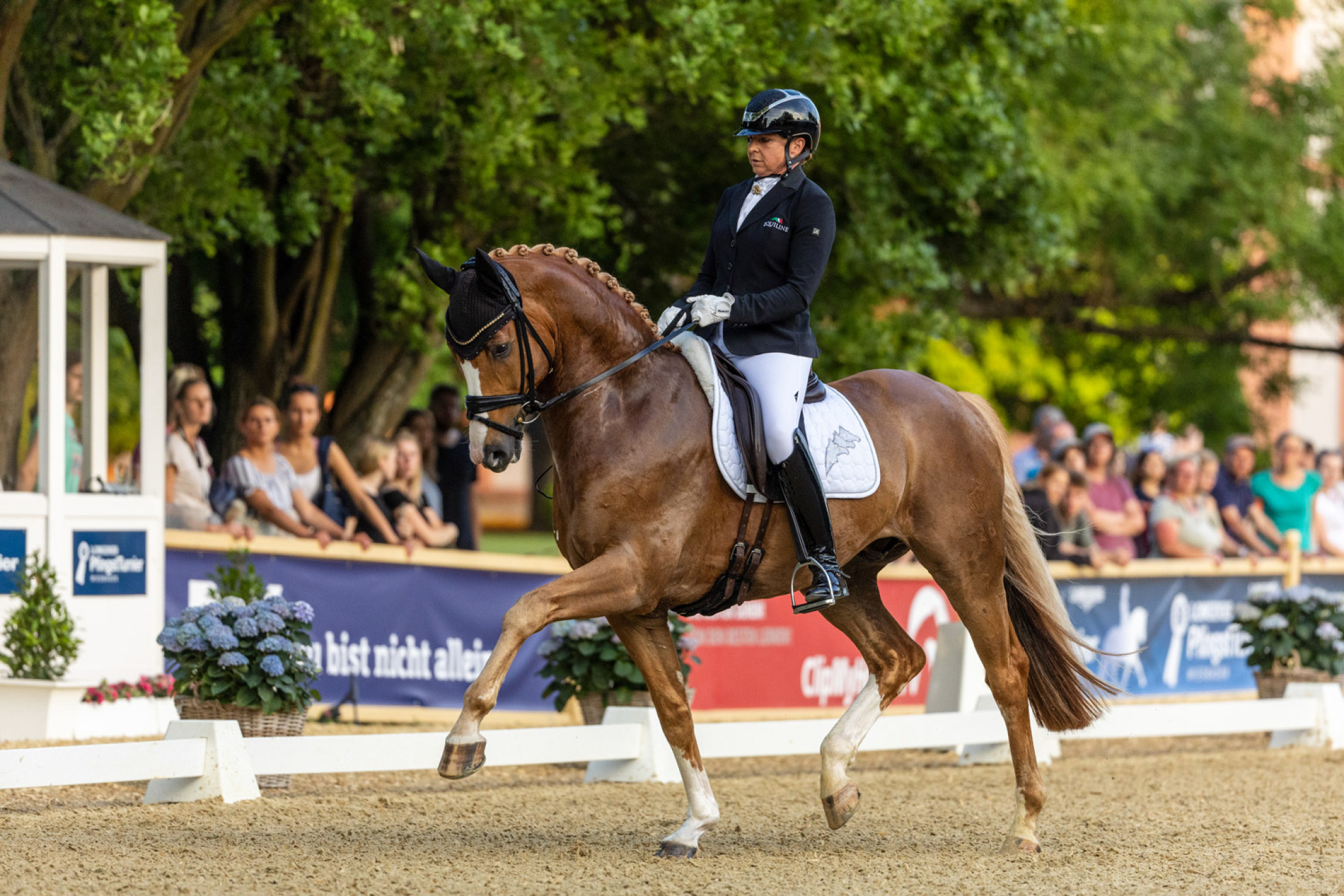 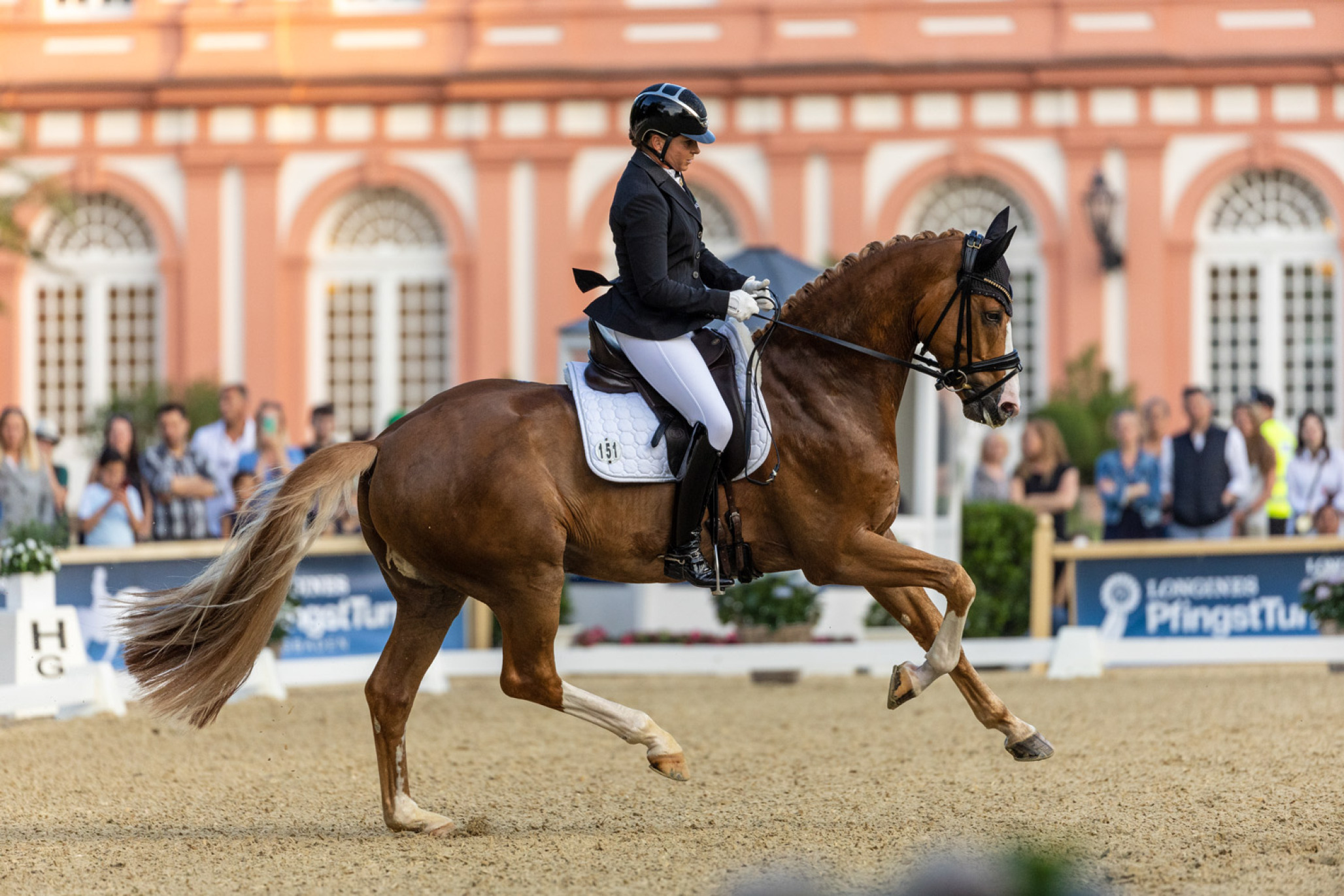 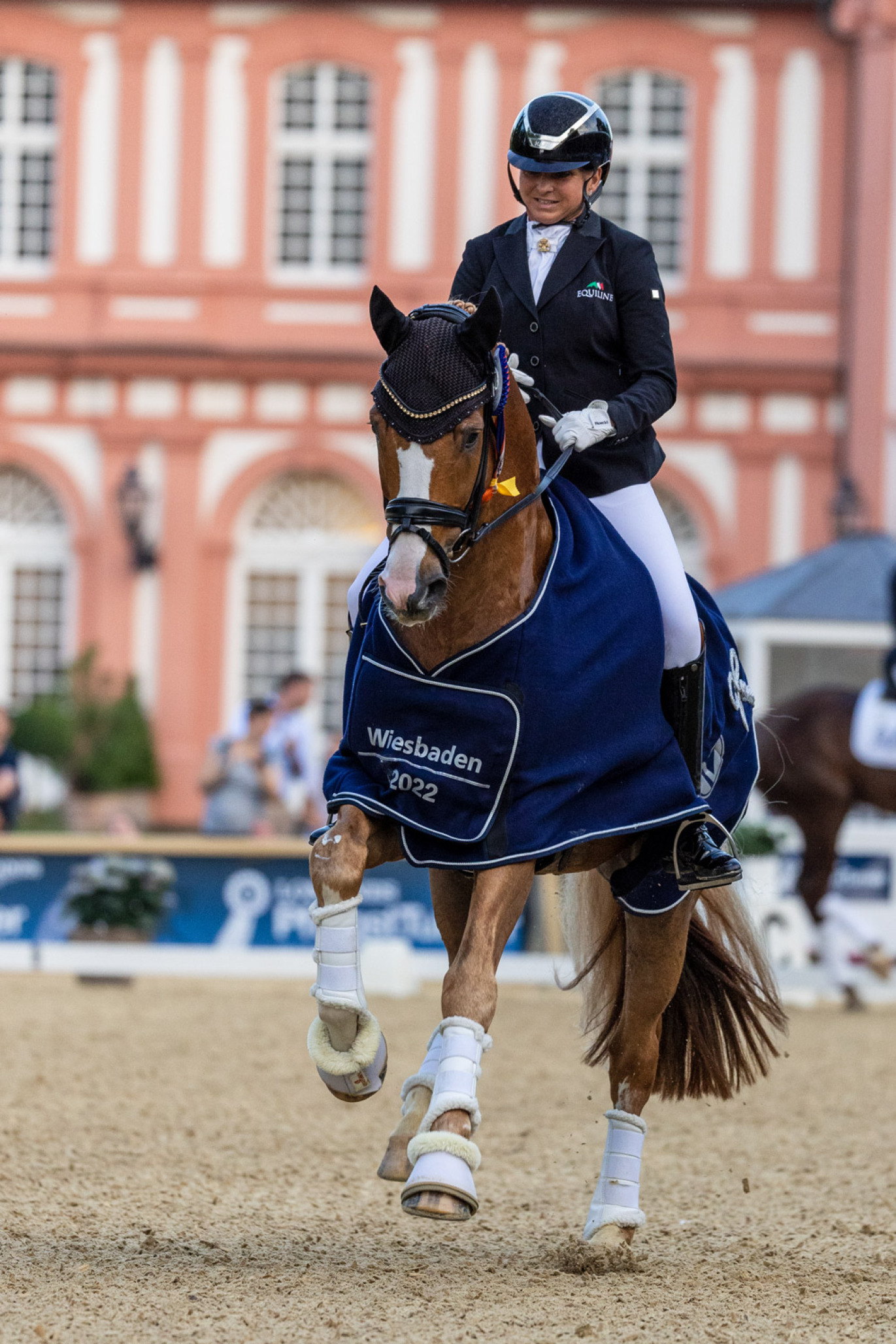 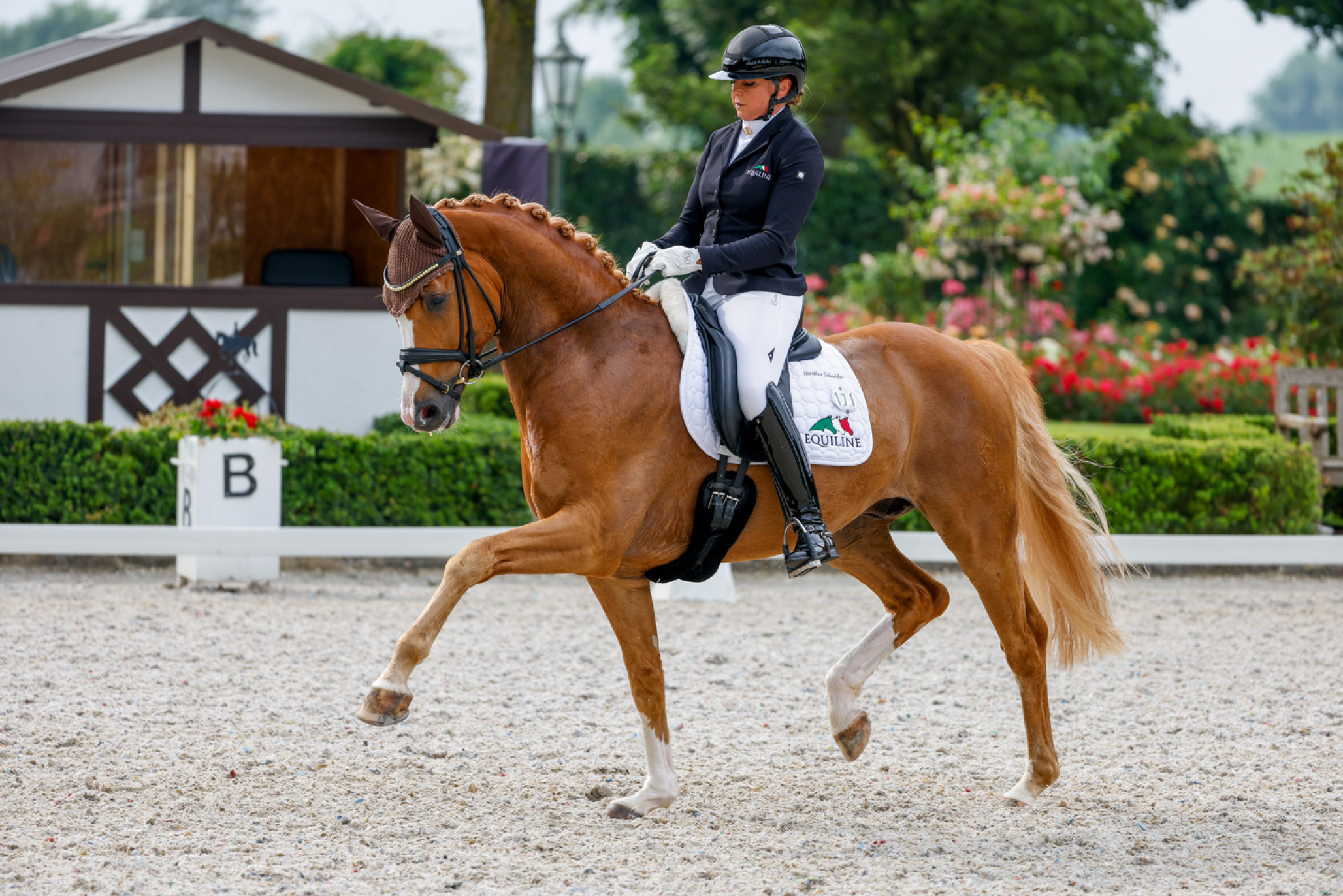 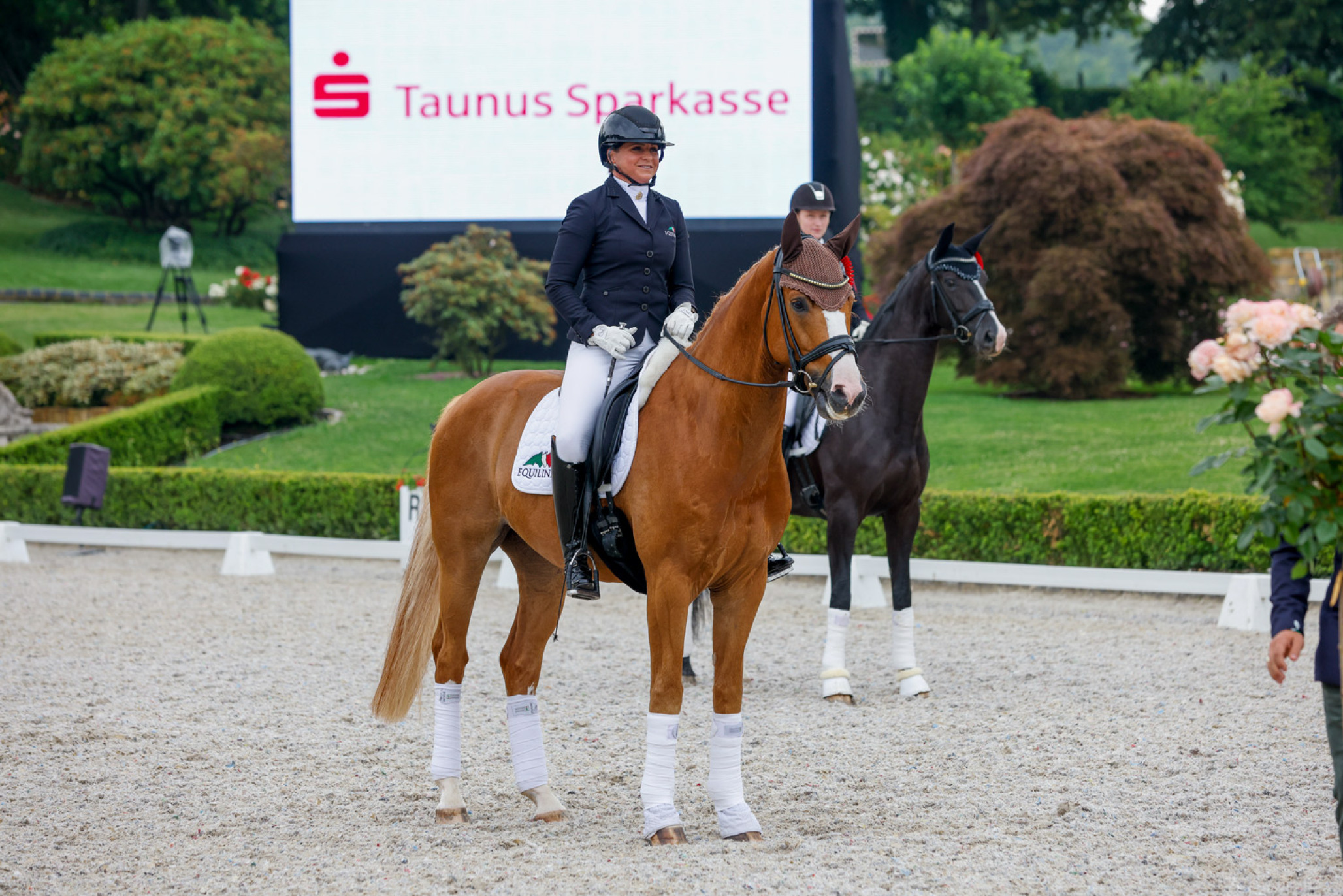 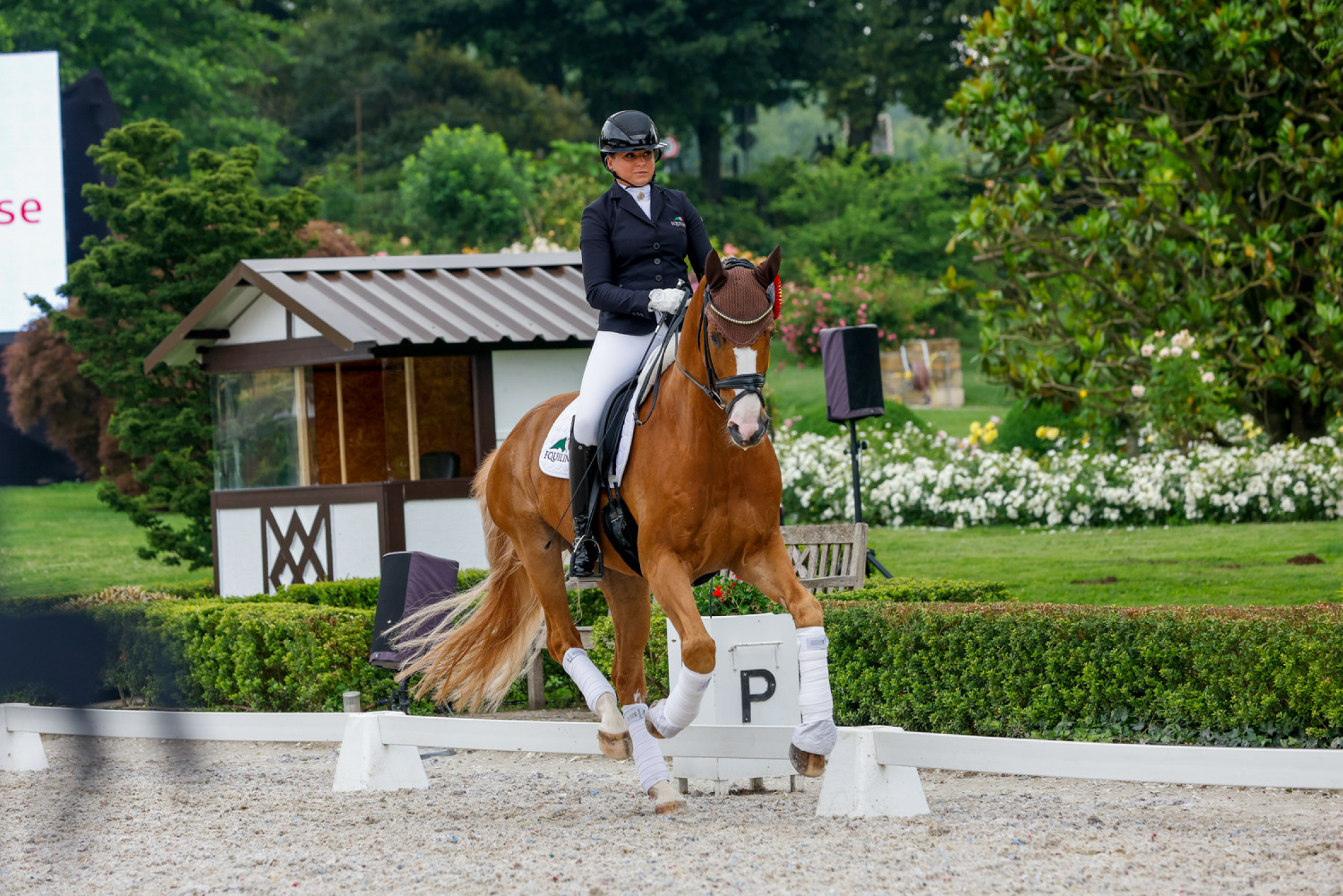 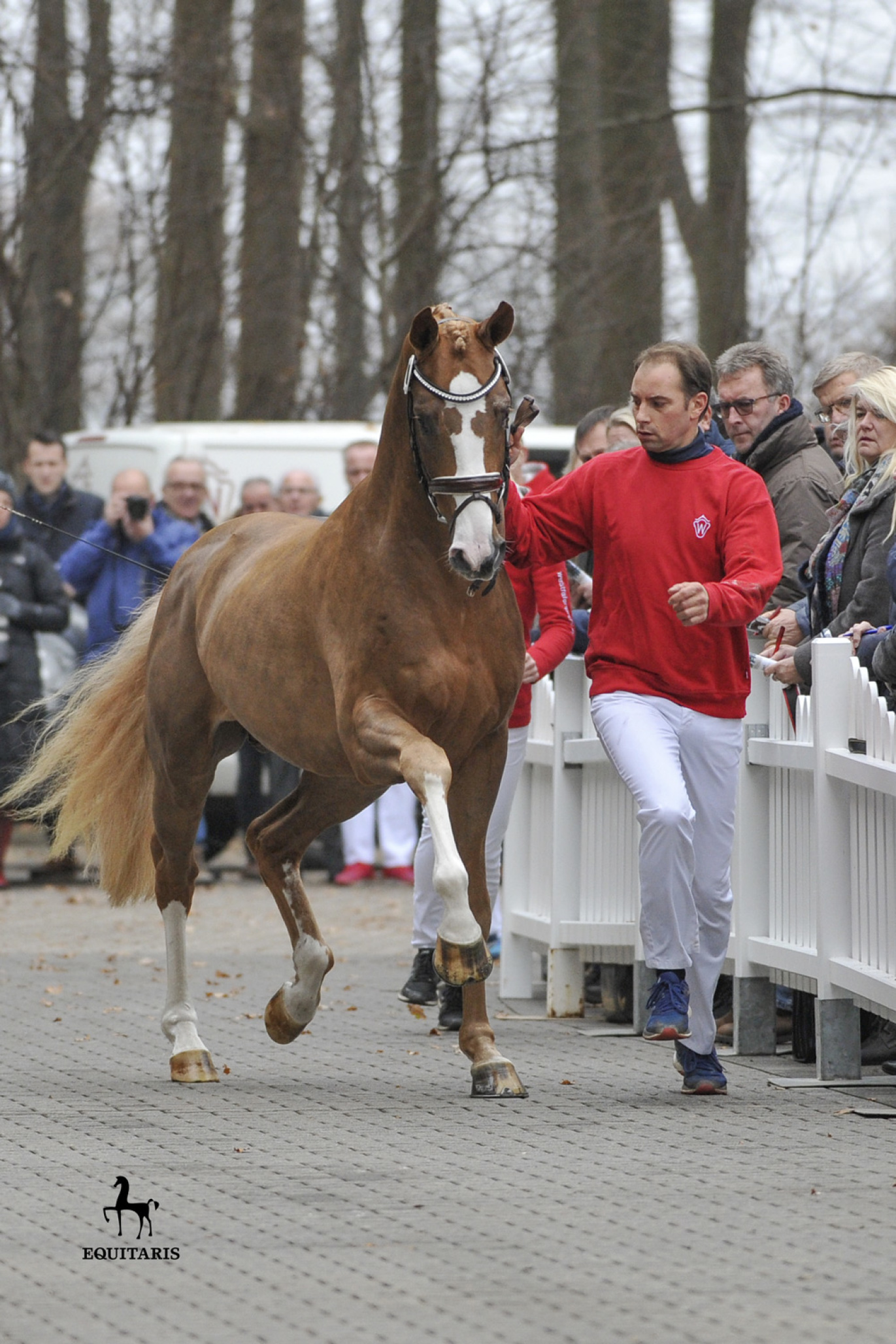 Borghese MT entered his first competition as a five-year-old at the CDI at Schafhof Stud. And he immediately won the elementary (L) level dressage test for young horses under riding master Dorothee Schneider, which was also a qualification for the Bundeschampionat, in absolutely convincing fashion.

As a six-year-old Borghese MT won the international final test for six-year-olds in Wiesbaden with a dream score of 9.16 in total. "A real athlete who knew how to present himself in the best way here today," commented the international five-star judge Christof Umbach on behalf of the jury. The trot was "very nicely cadenced, always committed from the hind leg and already carrying very nicely" - 8.9. The walk went safely through the body and was diligent in the footing. The real highlight was the canter: "Always in uphill tendency, always jumping off the ground, balanced and with a lot of power and ground gain in the canter reinforcement" - 9.3. A 9.3 was then also awarded for rideability and a 9.5 for perspective.

In 2018, Borghese MT left the licensing yard in Westphalia as the celebrated first Reserve Champion.

Sire Baccardi was premium stallion of his licensing and became riding horse Bundeschampion and Westphalian champion at the age of three. When he was five and six years old, he placed in the finals of World Dressage Championships for young horses and Bundeschampionates. With the Russian rider Maria Klementieva, Baccardi achieved success in the international small tour at the age of eight. Besides the Westphalian Reserve Champion Borghese MT, five other sons were licensed.

The dam Laura also produced the medium (M) level dressage horse Fürstin Grace (by Fürstenball). Laura is a full sister of the licensed stallion Lavaro, who won bronze at the Westphalian Championships when he was four years old and placed for Spain in the international small tour.

Third place in the pedigree is taken by the NRW state stud stallion Ferragamo.