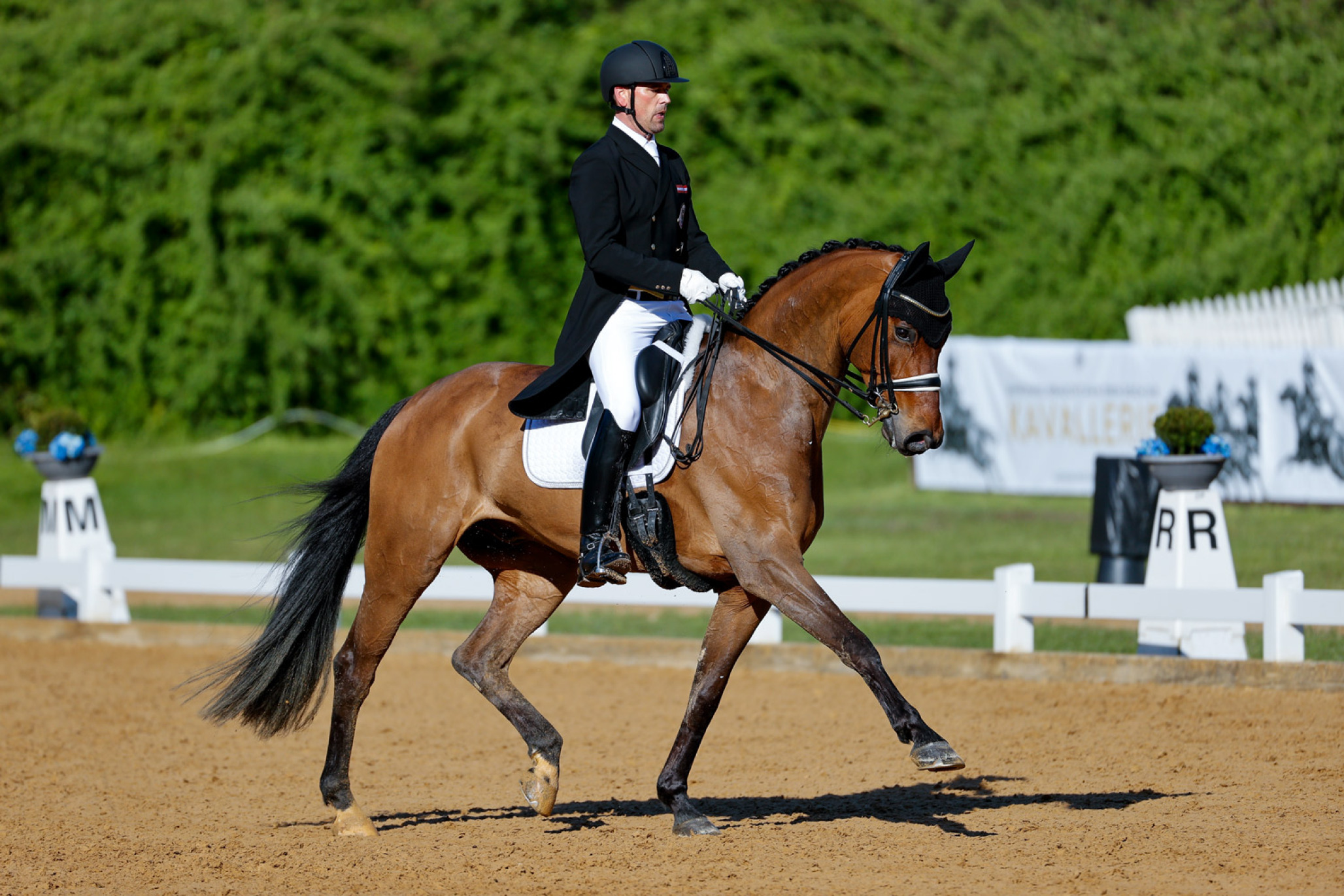 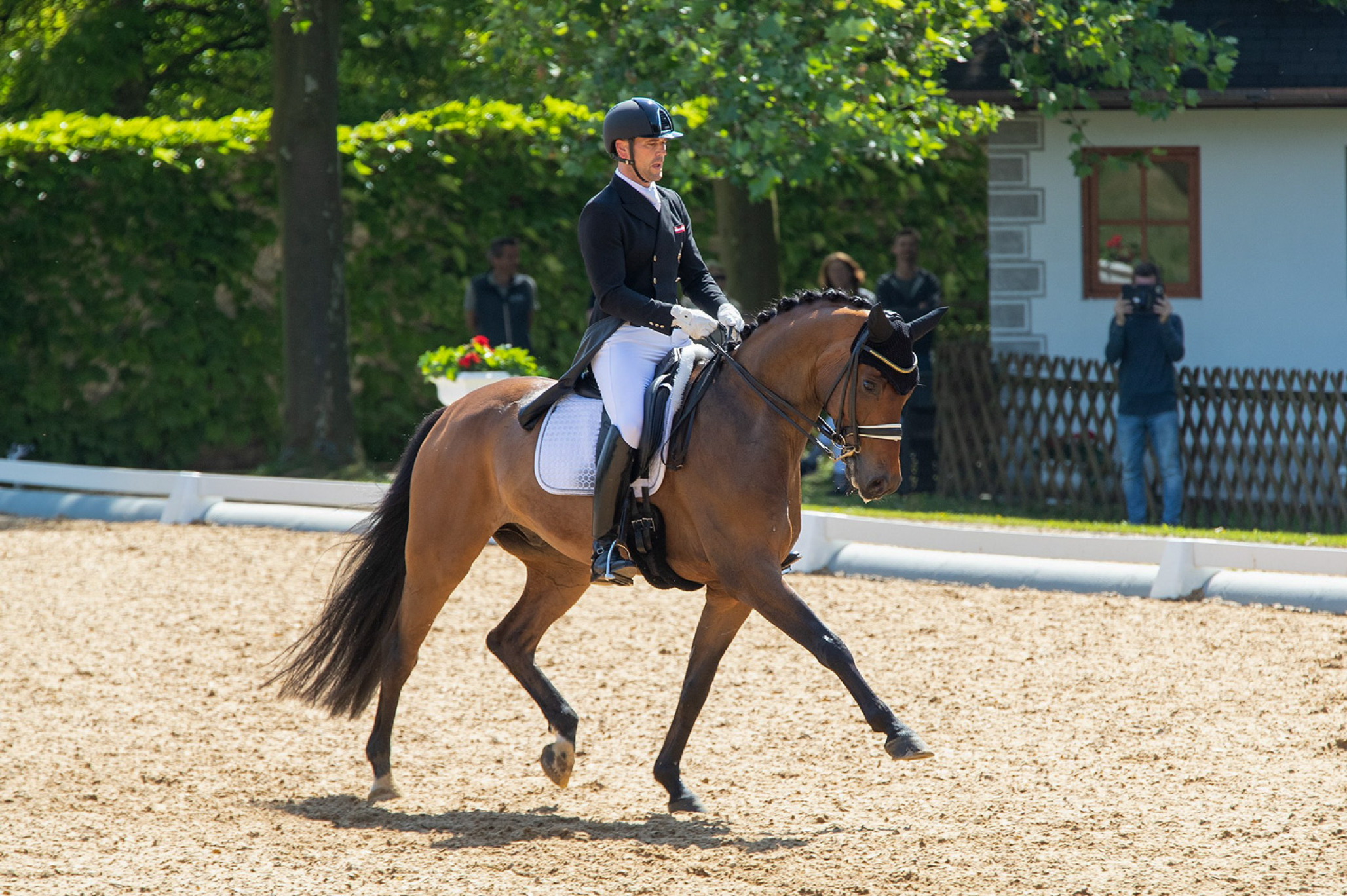 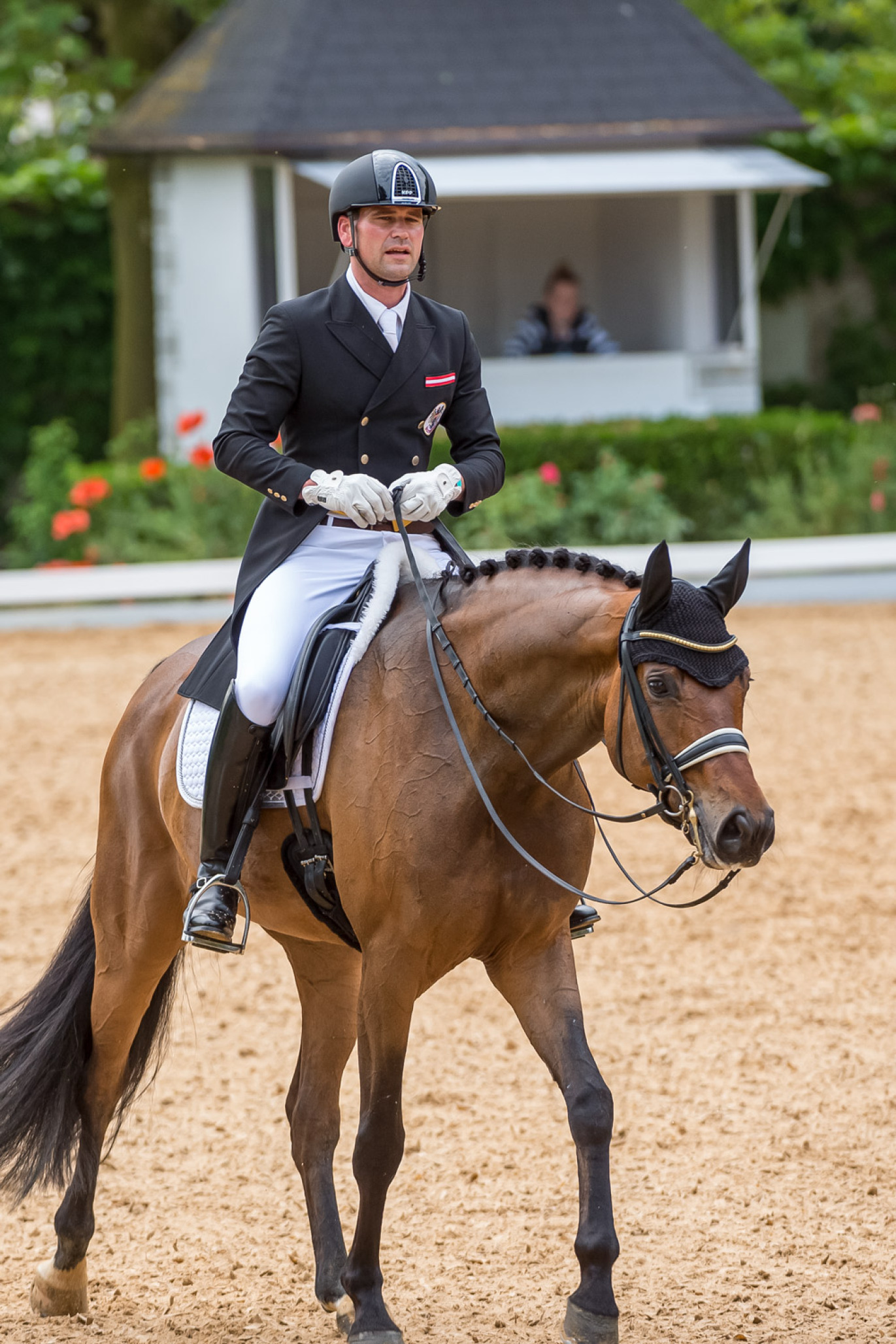 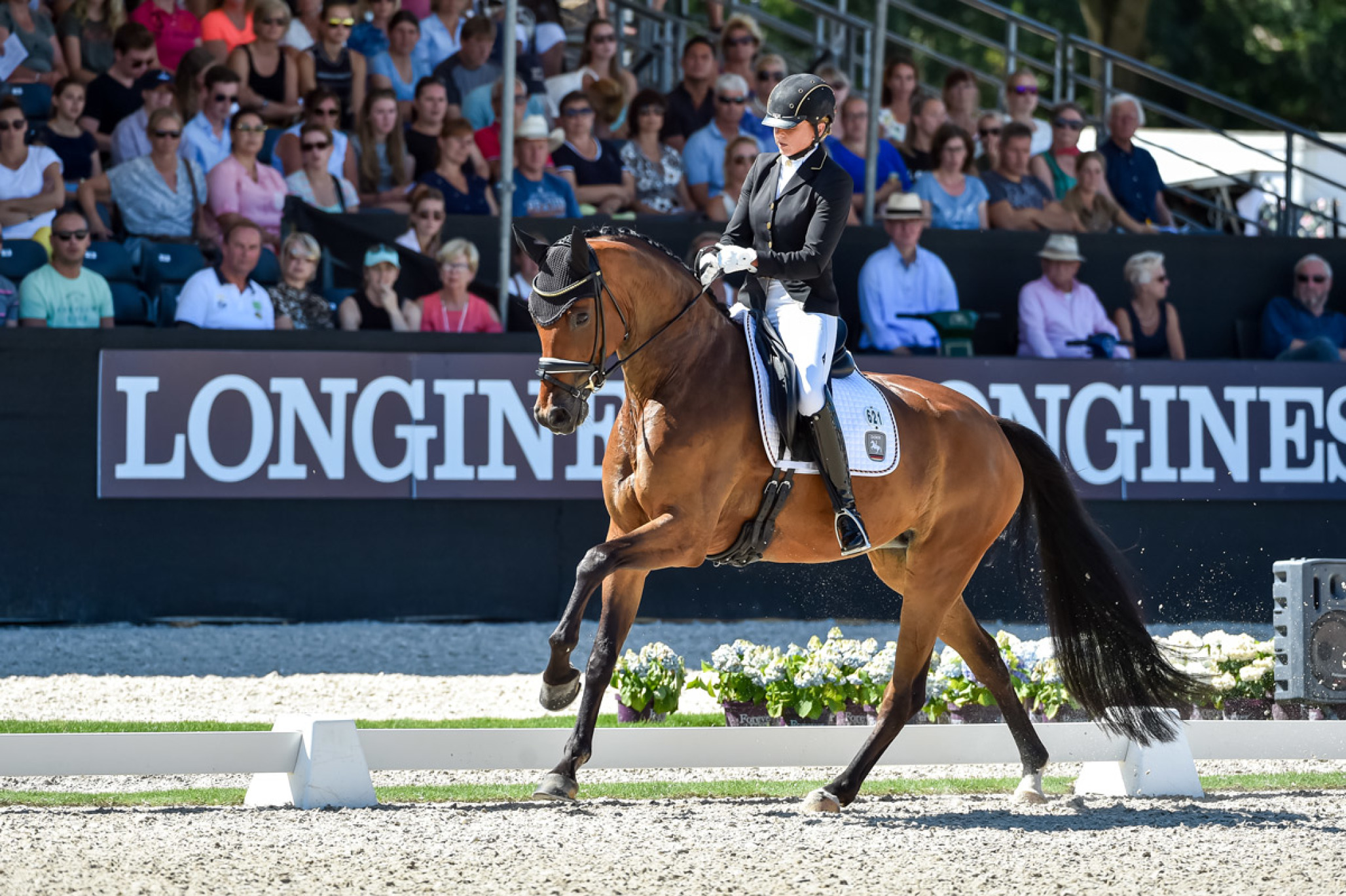 Flying Dance OLD immediately converted his first starts in the international Small Tour under Stefan Lehfellner into victories. At the CDI4* in Achleiten/AUT he won both the St. Georges and the Intermediate I, after he had placed third in the St. Georges and fourth in the Intermediate I at the Pferd International in Munich. The pair has also had valuable national successes in the advanced level.

As a five-year-old, Flying Dancer OLD qualified for the Bundeschampionat under Dorothee Schneider right at their first show start together with a victory. In 2018, he made his debut in the international young horse class with a double victory in Ebreichsdorf/AUT. At the World Championships for Young Dressage Horses in Ermelo/NED, the pair achieved a very good seventh place behind Villeneuve (2nd place).

Flying Dancer OLD was brought into the sport by Hermann Gerdes, under whom he took fourth place at the Bundeschampionat for young riding horses and bronze at the Oldenburg State Championships. He then changed hands to Sissy Max-Theurer via the Oldenburg Elite Auction.

Flying Dancer's sire, Fürst Romancier, took fourth place at the World Championships for young dressage horses and the Bundeschampionat as a five-year old. Over 30 of his sons were licensed. Among his sport offspring are the Burg-Pokal and international Grand Ptix winner First Romance, the Oldenburg Champion Stallion For Romance I OLD, the Bundeschampioness Fasine OLD and Fürst Levantino, who won team silver at the European Junior Championships.

The dam's sire Sir Donnerhall I became Bundeschampion and Vice World Champion at the age of five. With more than 100 licensed sons and 150 advanced (S) level successful offspring, he is one of the best dressage sires.

Rohdiamant, who came in third place, was among the top ten in the WBFSH ranking of the world's best rideability sires. It is followed by Corlando, a son of the great Calypso II, a jumper stallion in Flying Dancer's pedigree.

From the line of Duellmodell there is also the national champion mare Weltwunder, who produced the Grand Prix stallion Donnerschwee, as well as the also licensed stallions Rodomo, Richelshagen, Simply Virtual and Auheim's Don Greg.