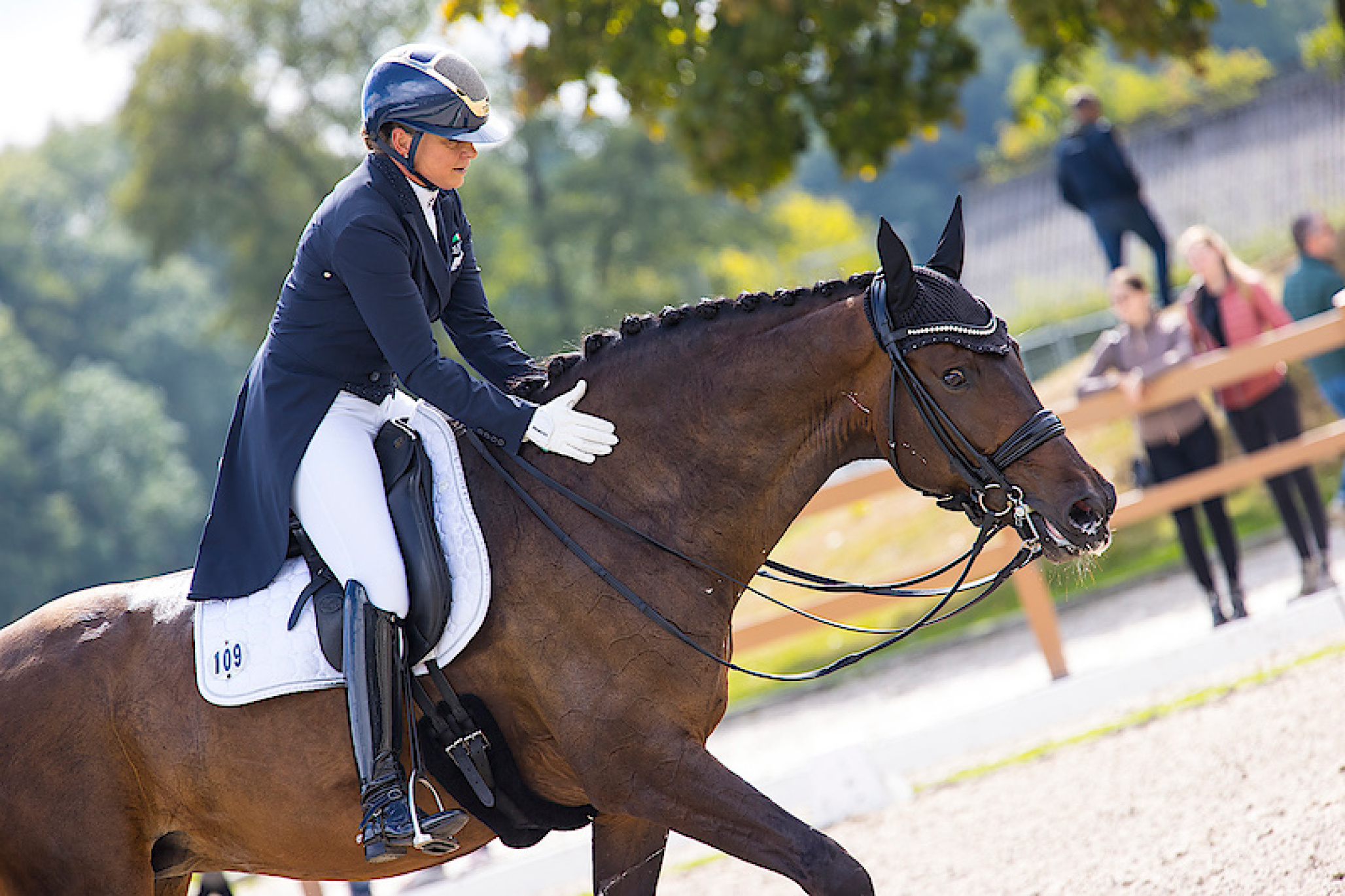 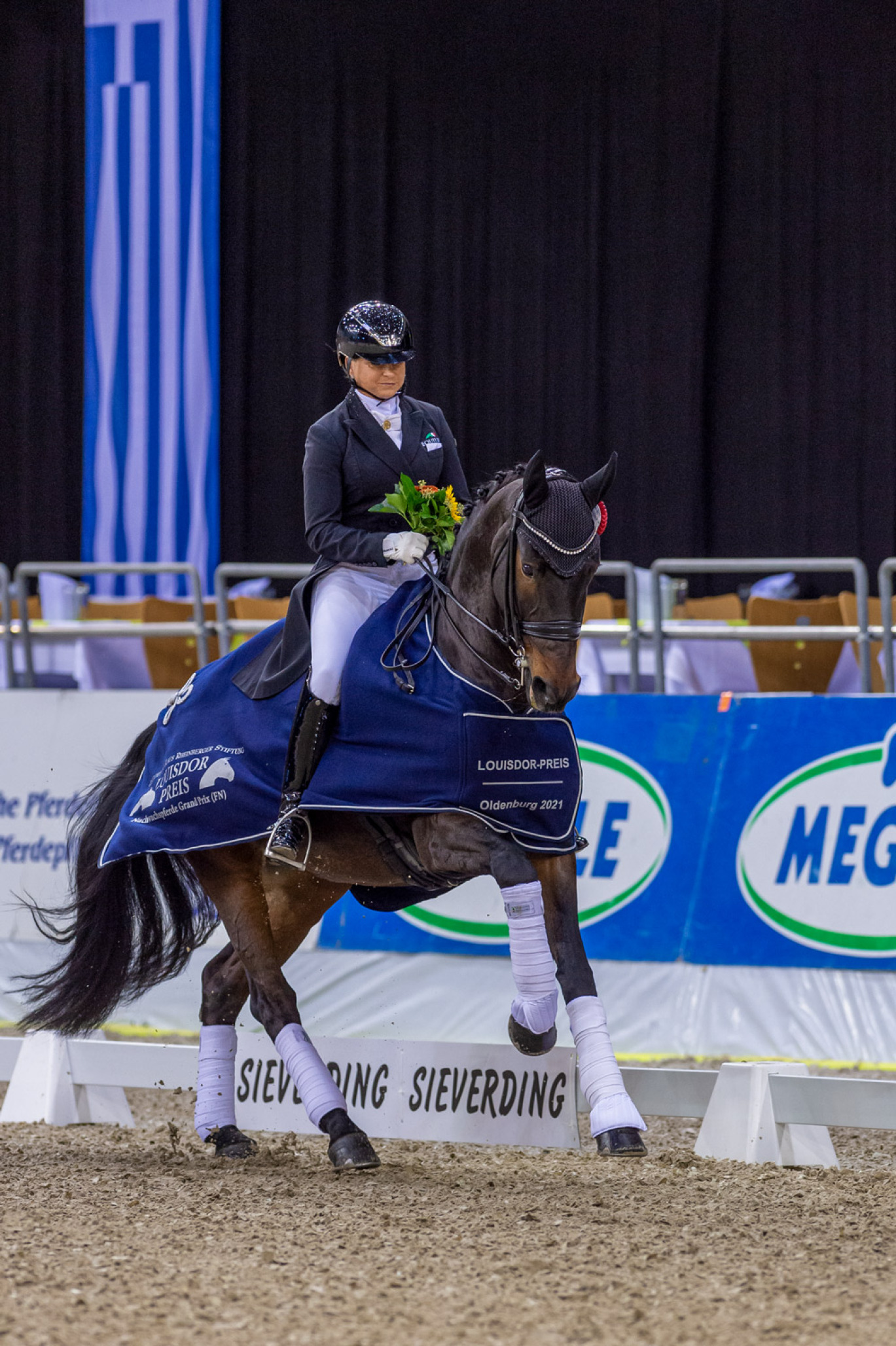 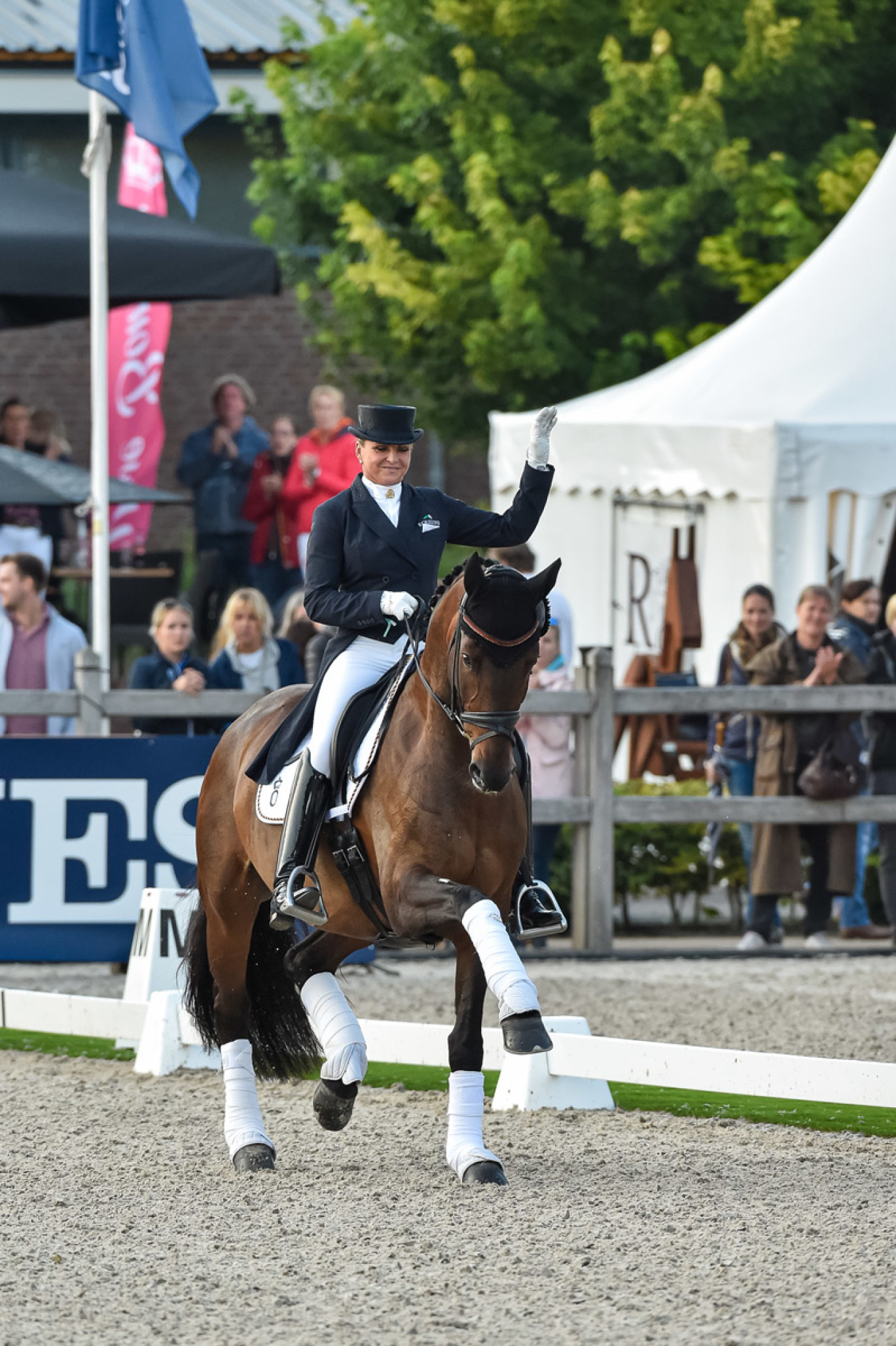 Under Dorothee Schneider, Sisters Act 2017 took a great fourth place at the World Championships for five-year-old dressage horses. As a six-year-old in 2018, she won medium (M) level tests for young dressage horses and finished sixth at the World Championships for young dressage horses in Ermelo - ahead of Flying Dancer OLD, who ranked seventh. In 2019 she continued her series of successes in the advanced class: right at the beginning of the season with a double victory in the international tour of Ebreichsdorf/AUT. This was followed by fifth place in the World Championships for seven-year-olds. In 2020, the pair managed to qualify for the Burg Pokal finals with over 77 percent and a superior victory in Darmstadt-Kranichstein. At the finals in Kronberg, the pair won the preliminary test with over 76 percent and finished second in the final, narrowly beaten with 75.732 percent. In 2021, Sisters Act MT OLD debuted victoriously in the Grand Prix class and secured the ticket for the Louisdor Prize Final in Frankfurt with over 76.00 percent in the Intermediate II of Oldenburg. Here, or rather in Kronberg due to Corona, she took sixth place with 71.700 percent. For Sisters this was her first "real" Grand Prix - and she did it with flying colors! In 2022, the first victories in the international Grand Prix tours of Donaueschingen, Aarhus/DEN and Neu-Anspach followed.

The dam Prima Nera is the dam of two medium (M) level dressage horses, Christie Diamond (by Christ) and Lance (by Laurentio), among other sport horses.

In second and third generations follow the rideability sires Royal Diamond and Donnerhall.

The granddam is the dam of Carpe Diem (by Caprimond/T.) who was successful up to St. Georges.