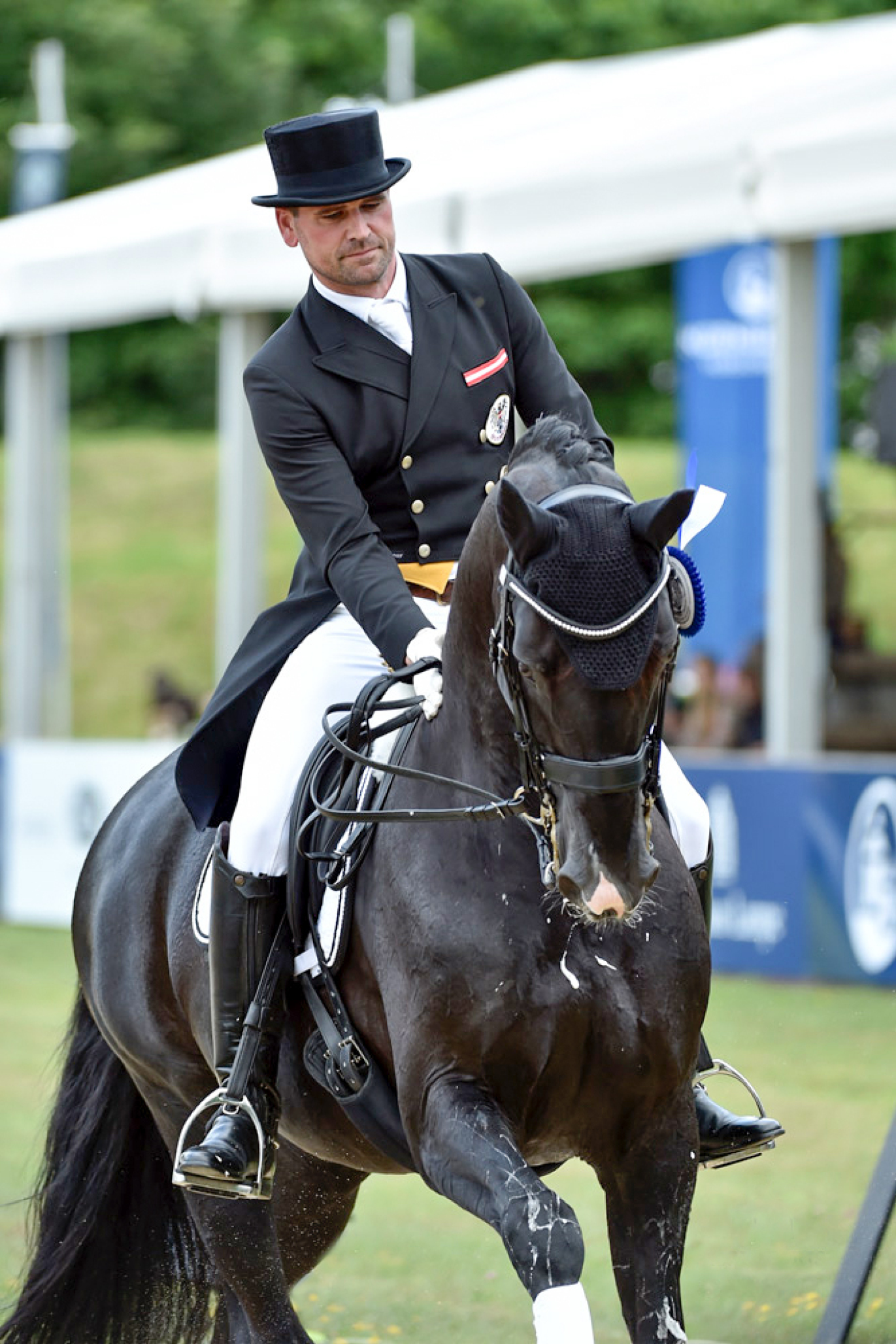 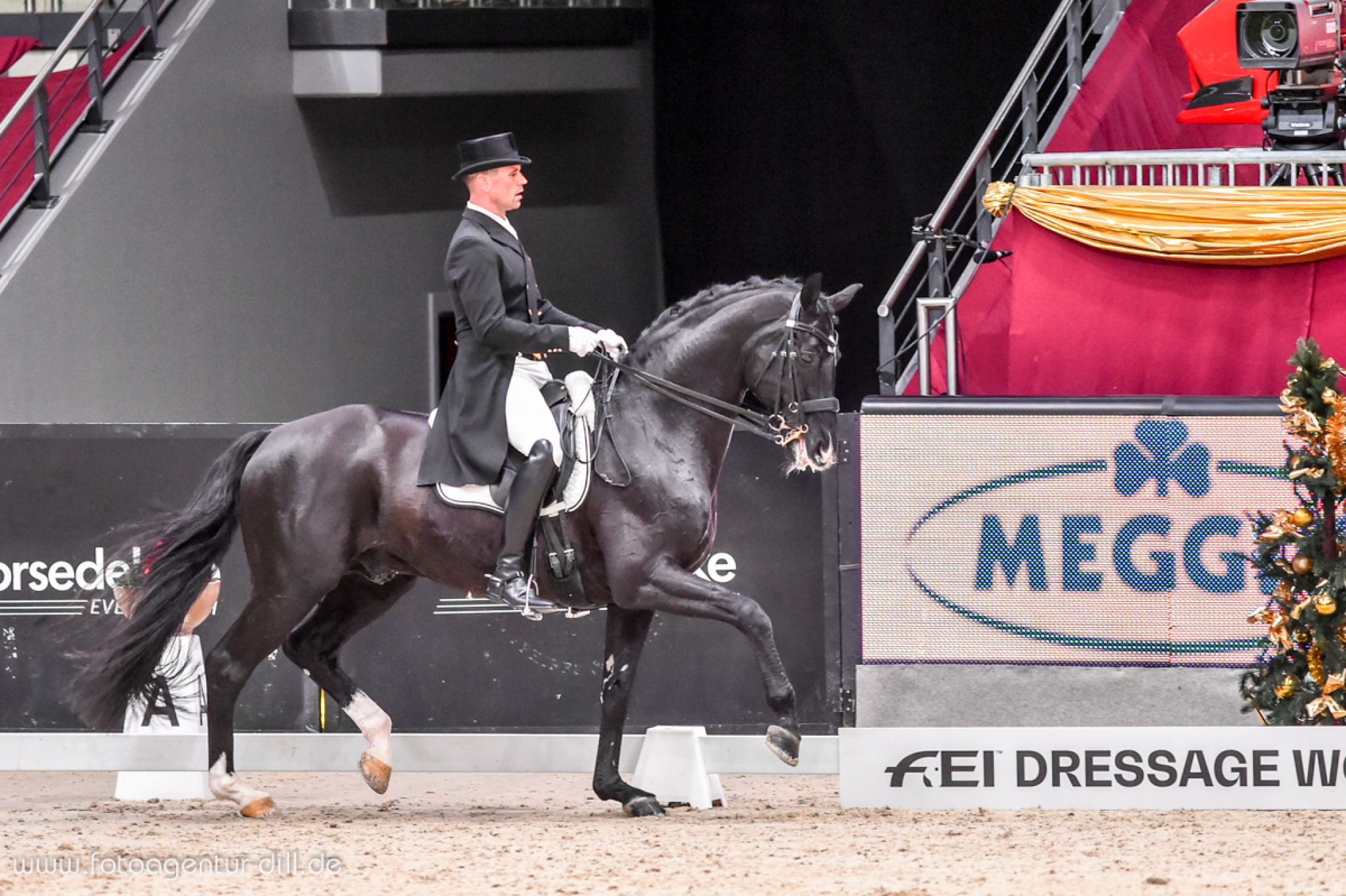 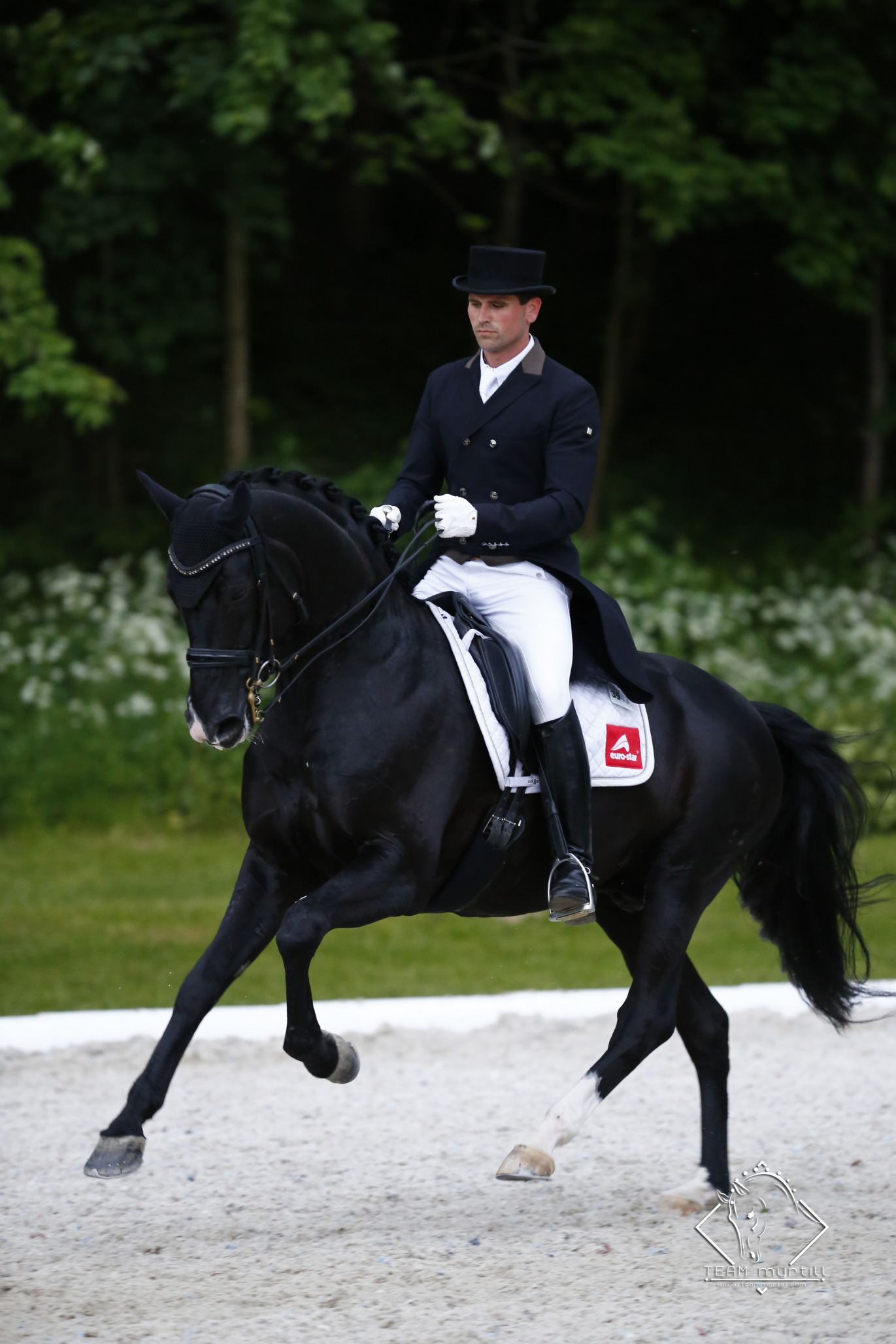 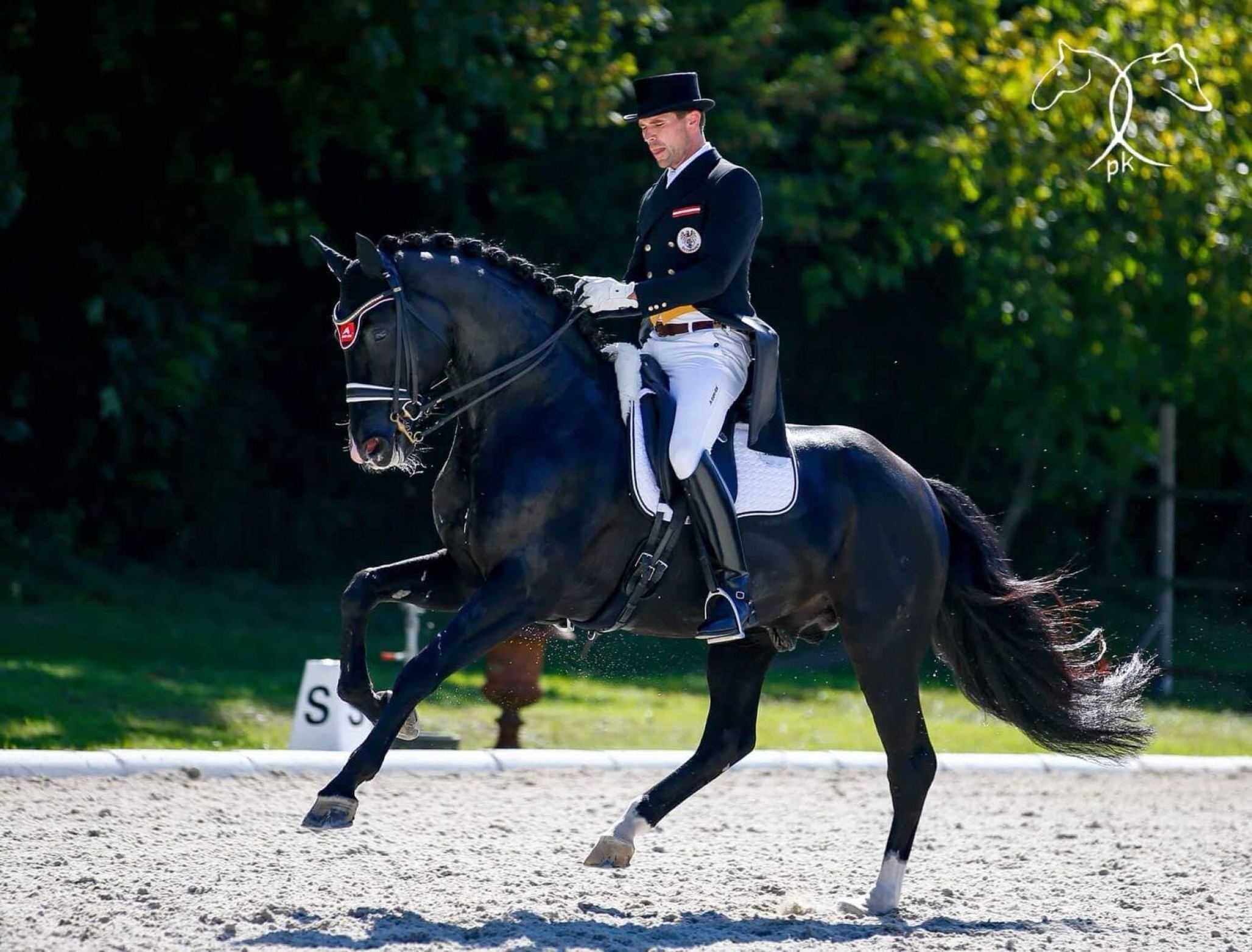 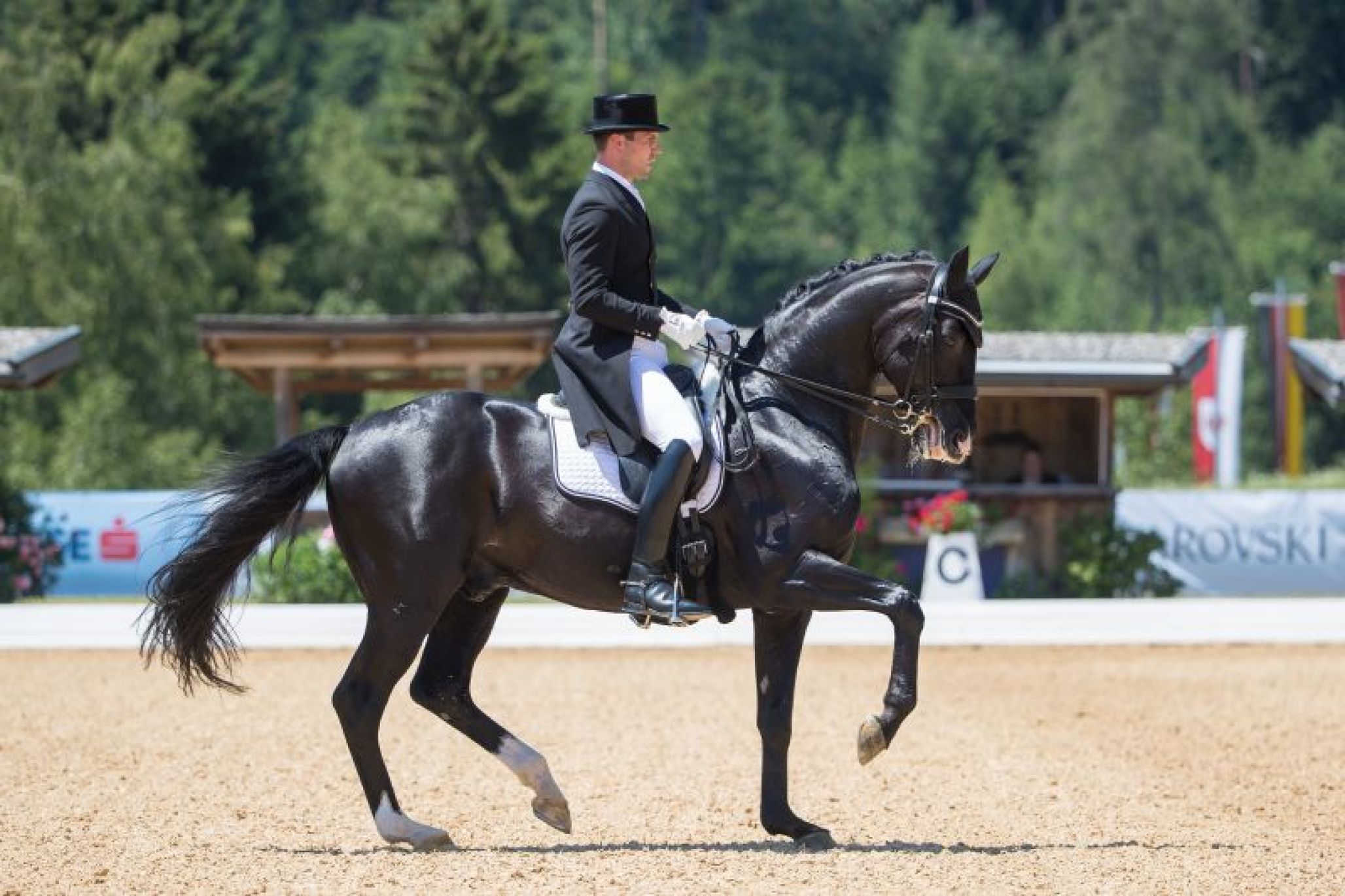 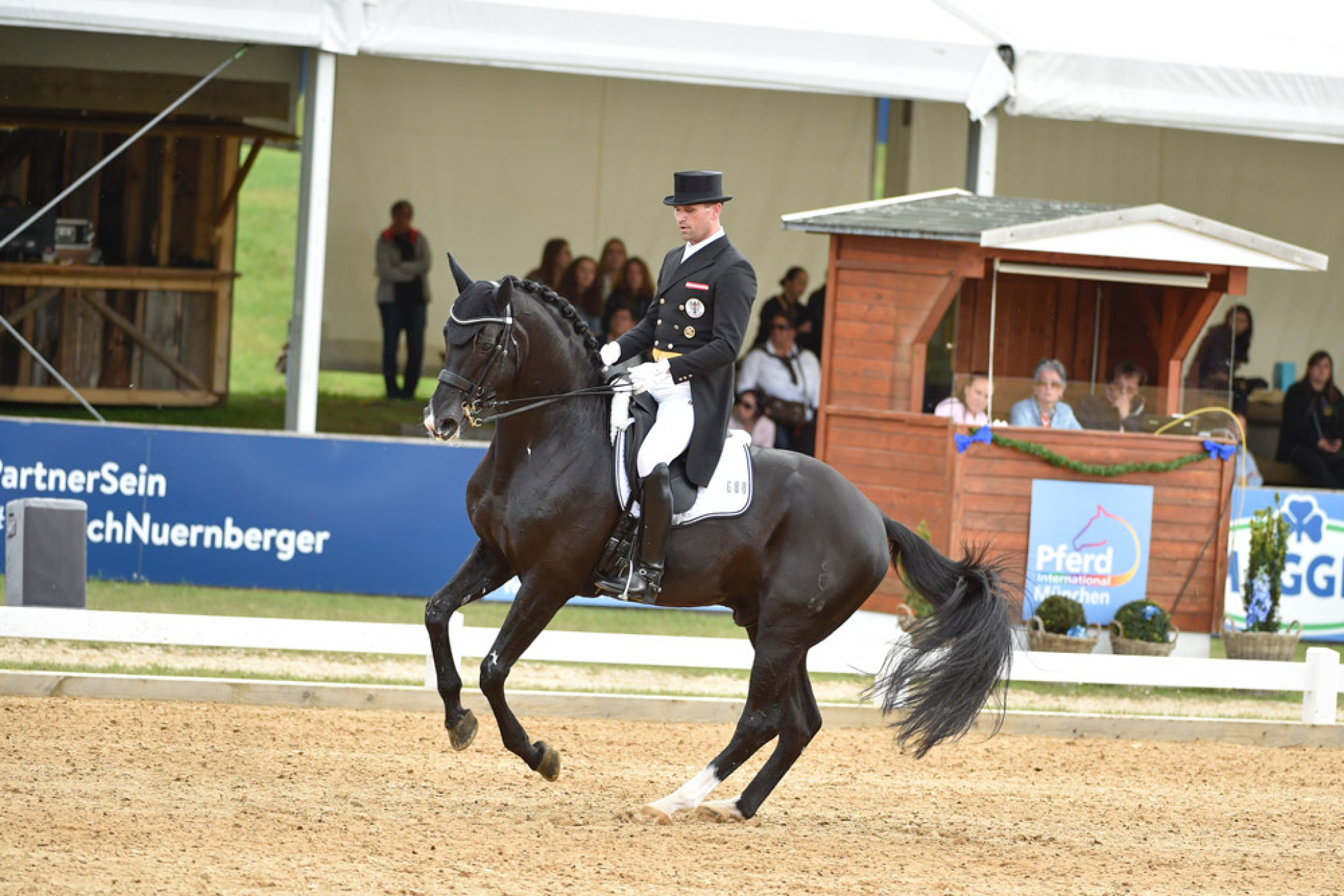 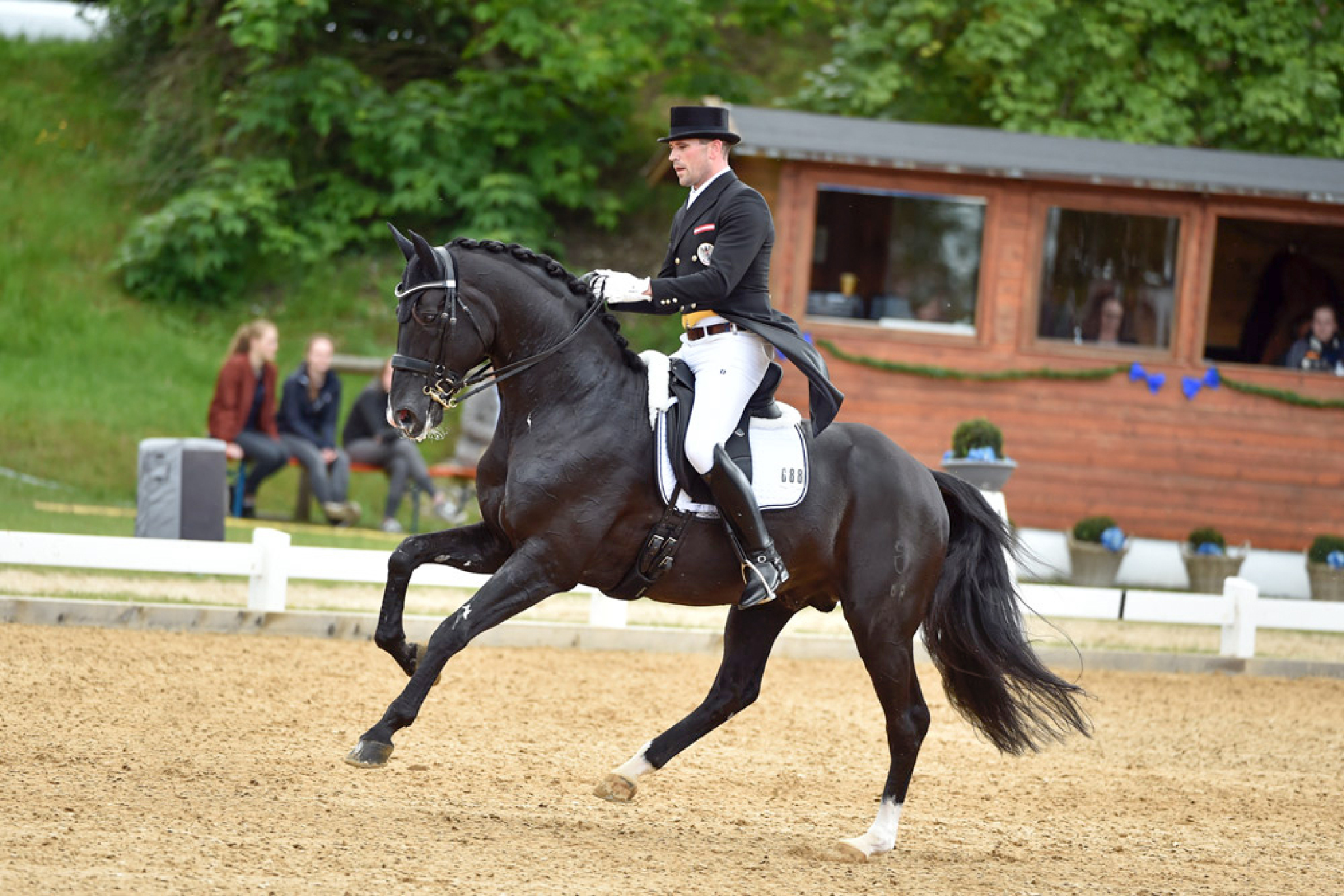 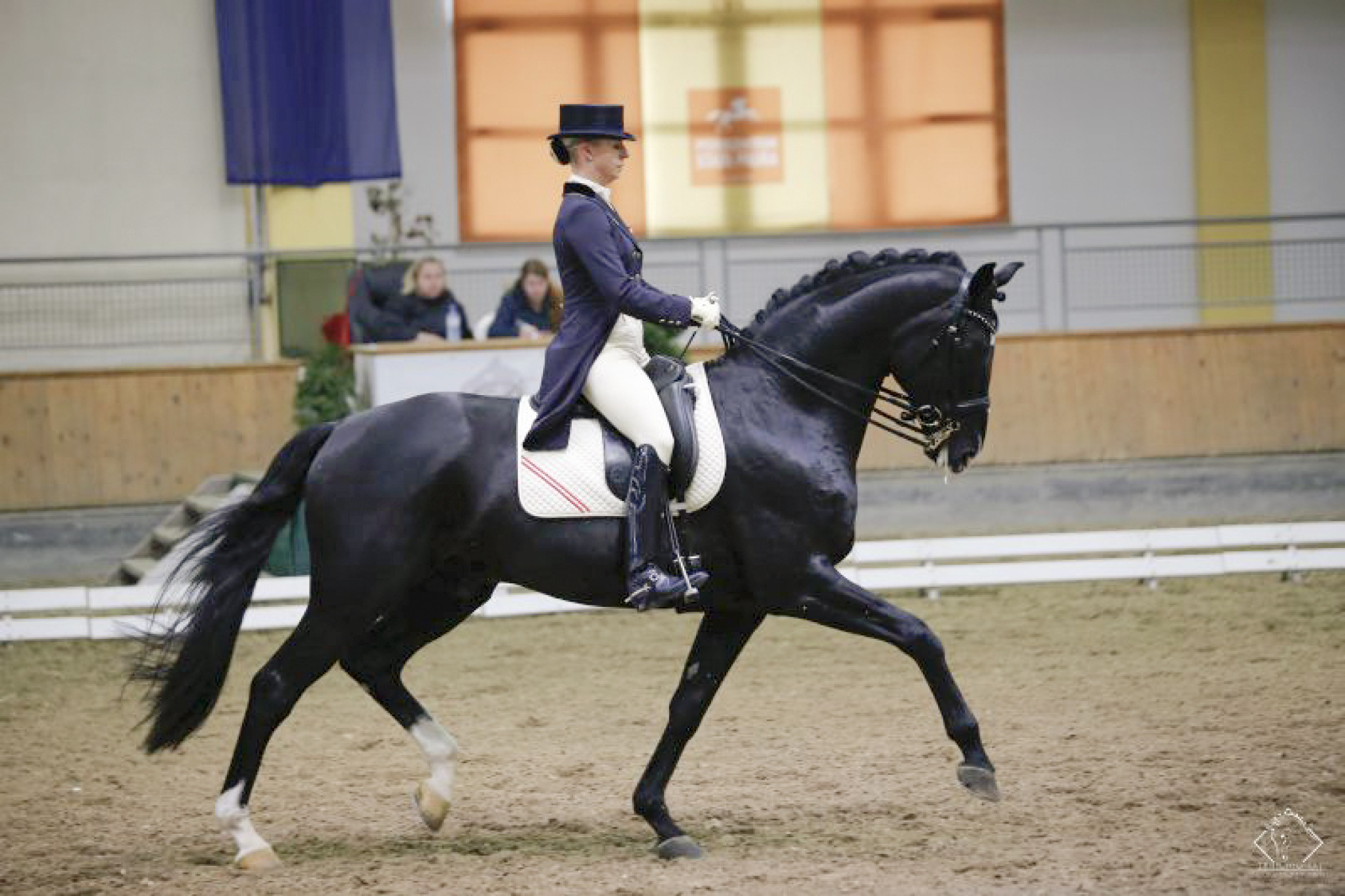 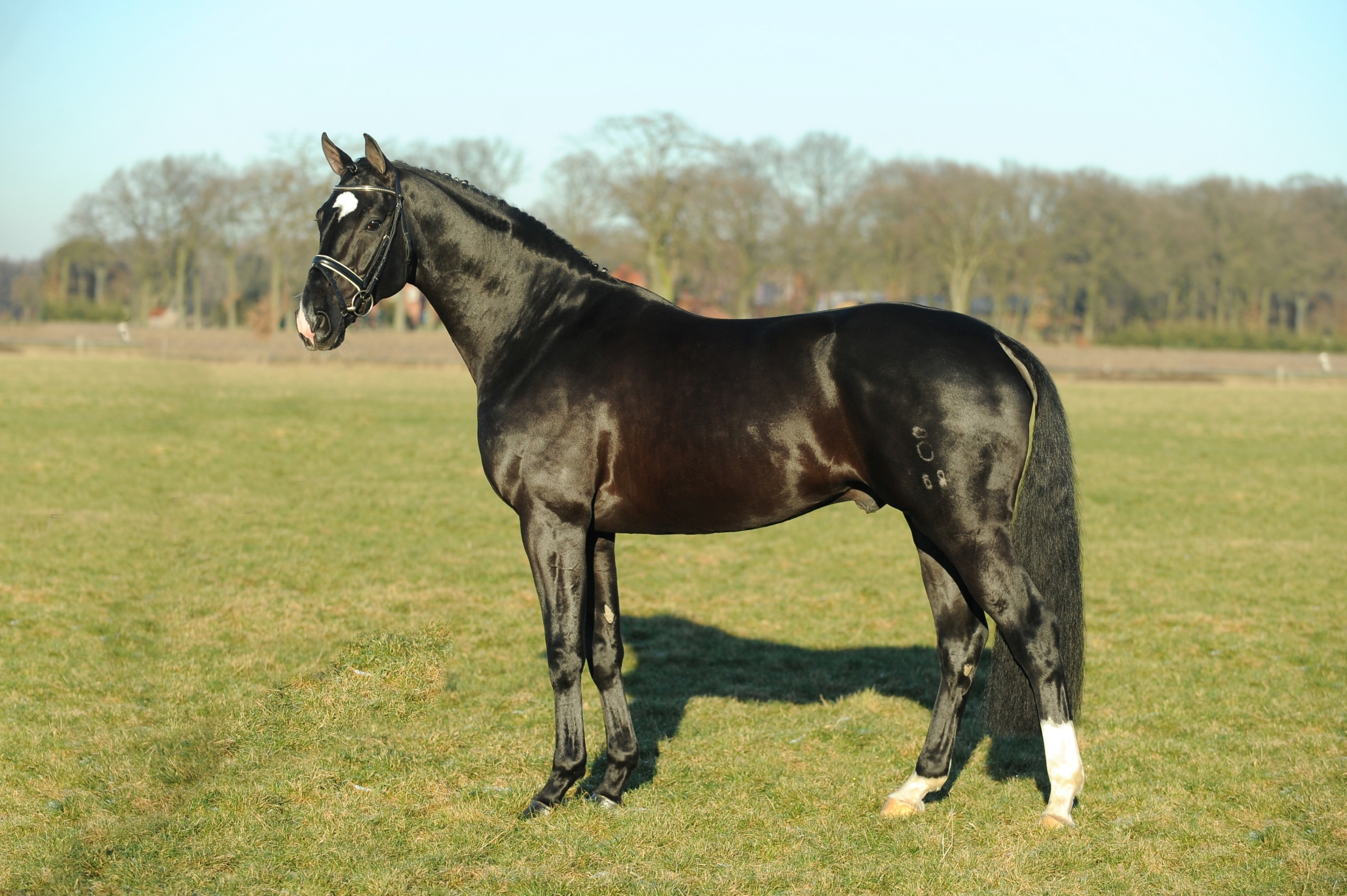 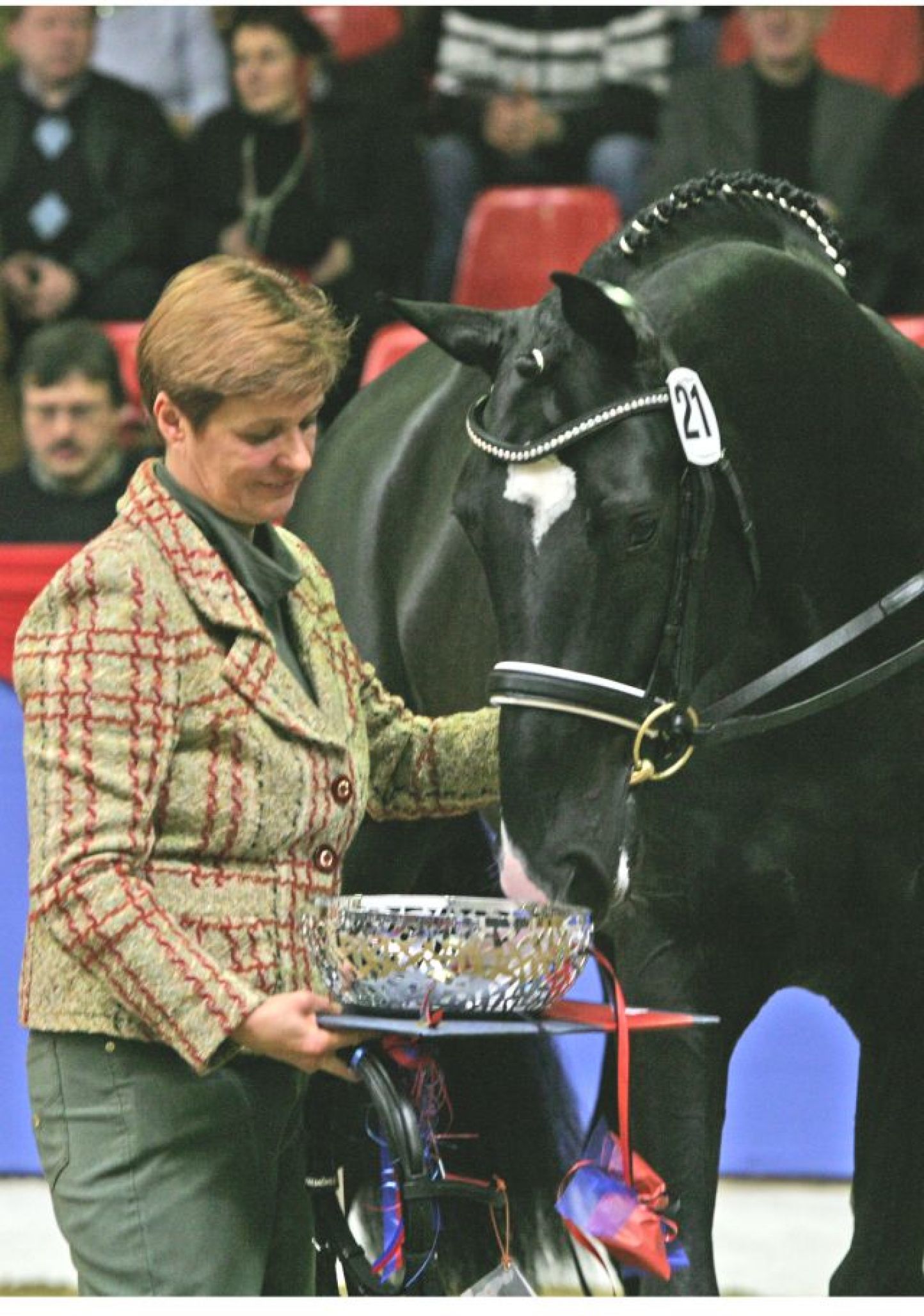 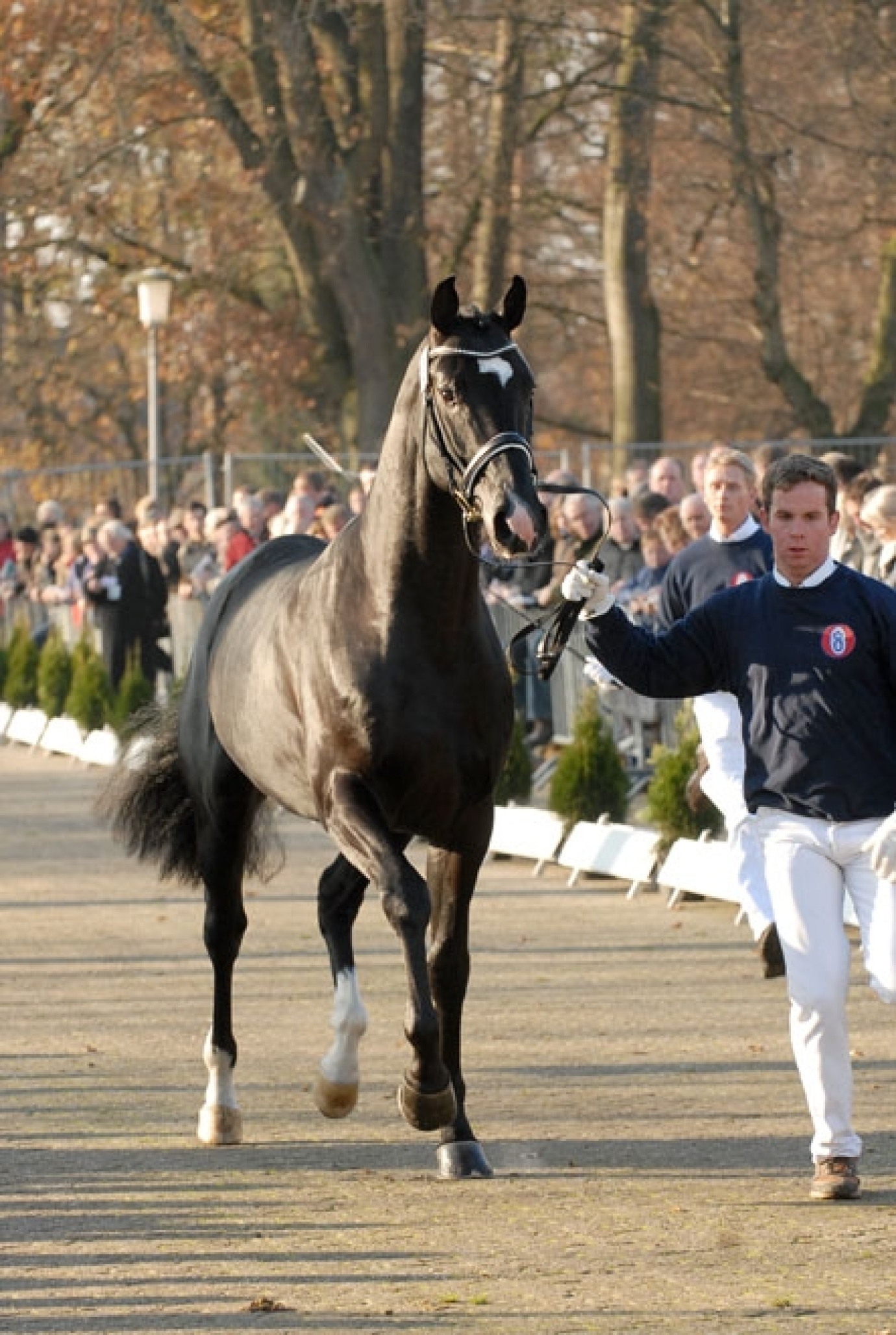 In 2012 our Oldenburg reserve winner Fackeltanz OLD placed seven years old under Dorothee Schneider in the Burg-Pokal-Finals. In 2015, after a series of victories in the Grand Tour, he came fourth in the final of the Louisdor Prize for the best young Grand Prix horses. Under the saddle of Stefan Lehfellner he has been successful on the international parquet up to World Cup freestyles since 2018. He finished third in the freestyle at the CDI4* in Achleiten with 77.305 percent.

Fackeltanz OLD is a member of the Oldenburg sport promotion squad.

In 2011, Fackeltanz OLD produced the premium stallion Feu d'Or from his first crop, who goes internationally victorious in the Small Tour under Lena Waldmann. Figeac DC was successful in Grand Prix under Susan Dutta/USA. Farell Royal and Finnick are also victorious in advanced (S) level. The Oldenburg Brilliant Ring was ridden by Fontainebleau, bred by the Vorwerk Stud.

His sire Florencio I was Vice Bundeschampion, two-time World Champion of dressage horses and then won the Small Tour internationally. In 2004 he received the Oldenburg main premium for dressage.

His dam, St.Pr.St. Fackese, was the 1996 Champion Mare of the Oldenburg Elite Mare Show in Rastede. She also produced the medium (M**) level dressage horse Domino (by Dormello) and her daughter Fackel (by Florencio I) is the dam of the advanced (S) level dressage horse Fifty-Cent (by Belissimo M).

With the thoroughbred Thymian xx and Chronist in the third and fourth generation, valuable performance bloodlines follow.

From the traditional Oldenburg line of Fackila come the licensed stallions Bitte schön (by Benicio), AllSaints (by Apache), Brunhard (by Der Oldenburger), Shepard Hit (by Sandro Hit), Dr. Bon Jovi (by Dr. Doolittle), Diamonit I and II (both by Diamond Hit) as well as numerous sport horses that have been successful in the advanced level, such as the European Championship team bronze medalist and World Cup Final Sixth Delaunay OLD/Patrik Kittel.