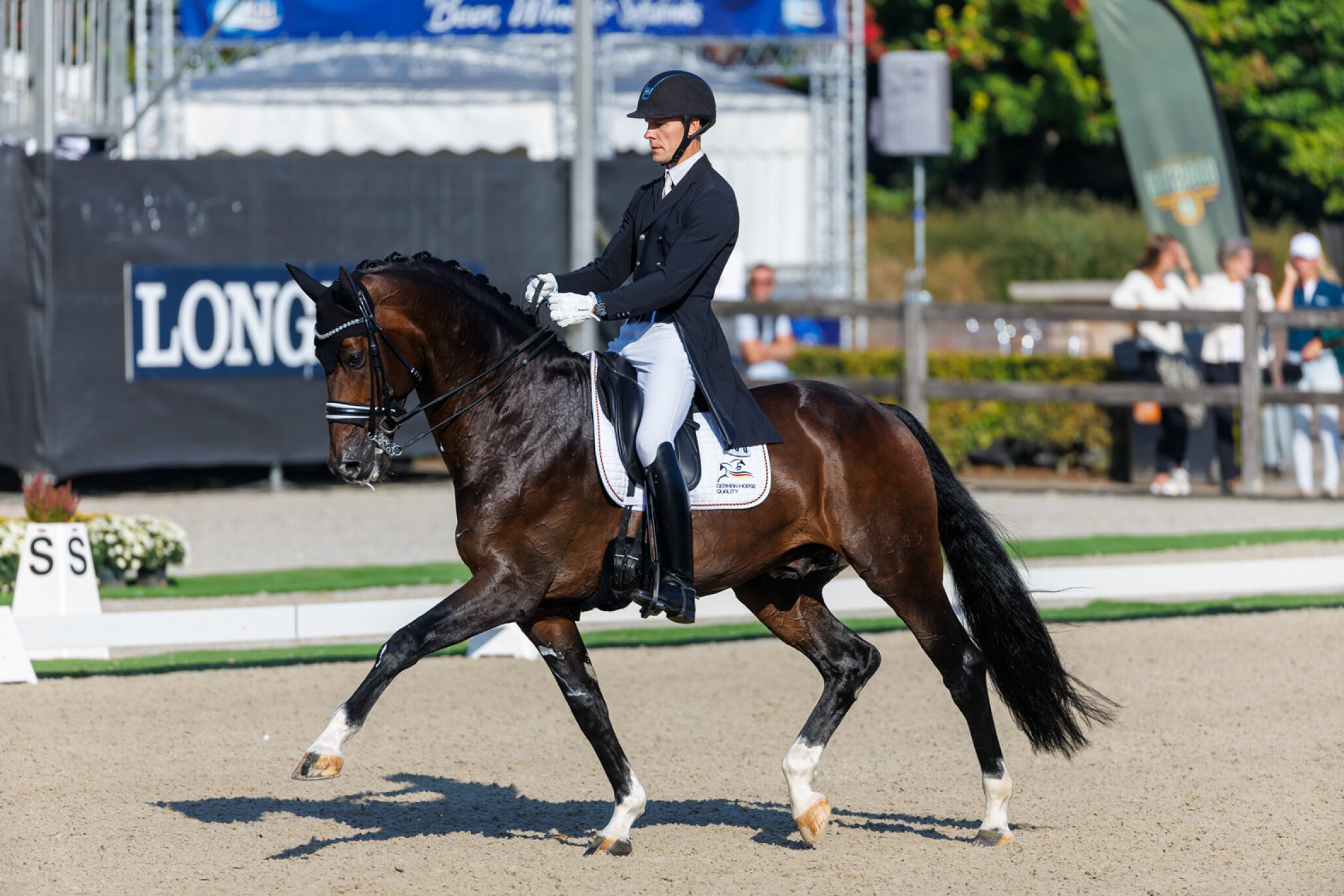 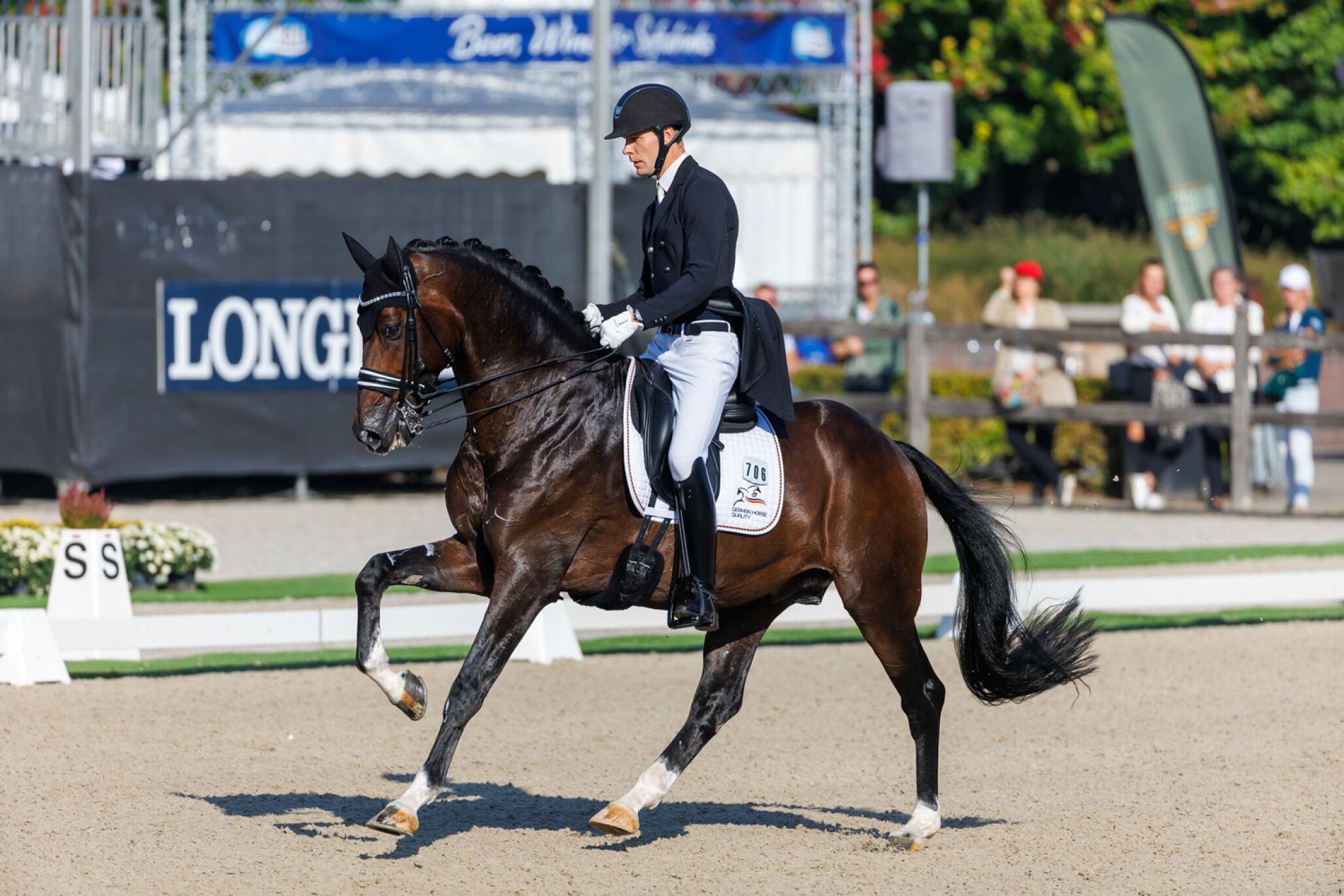 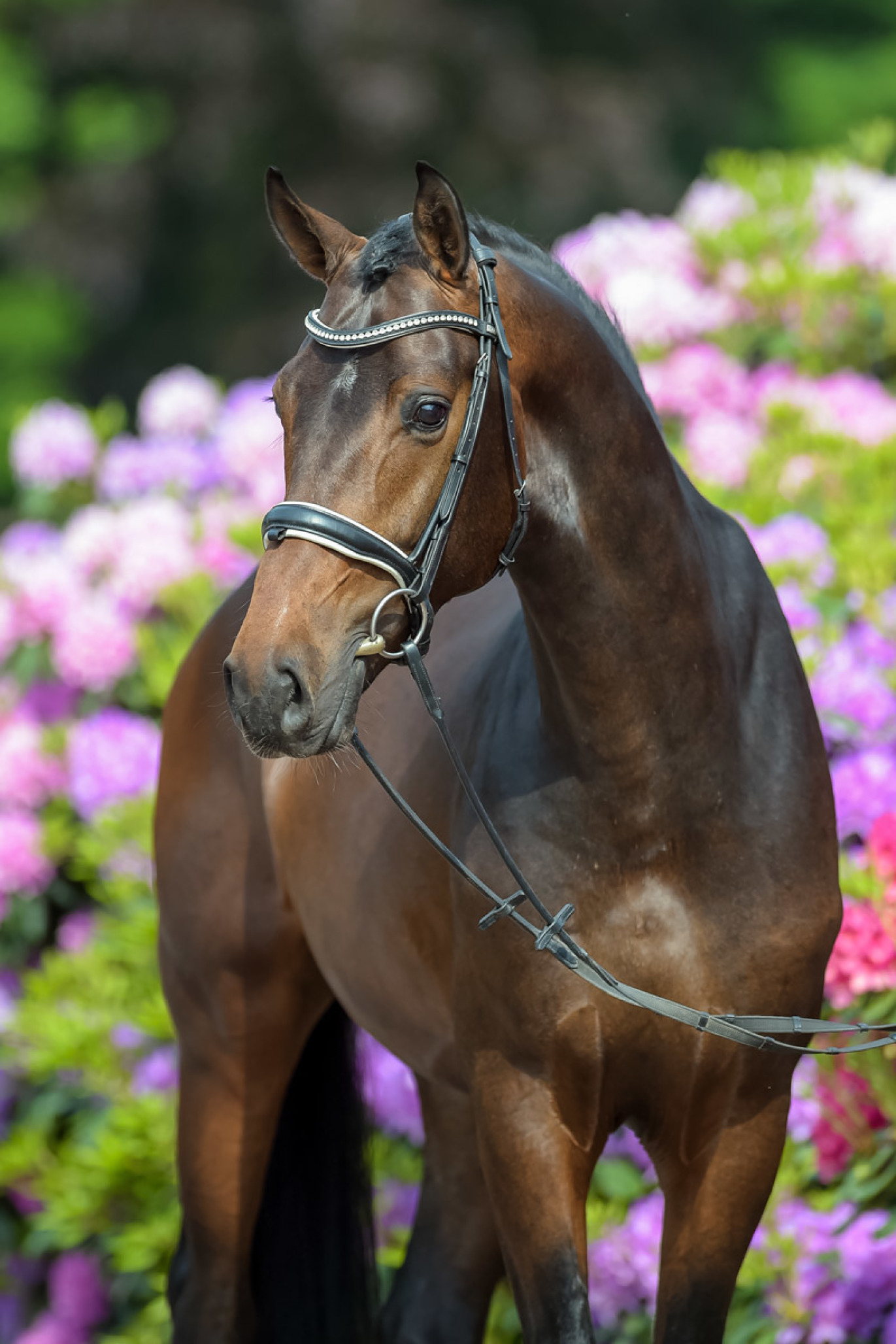 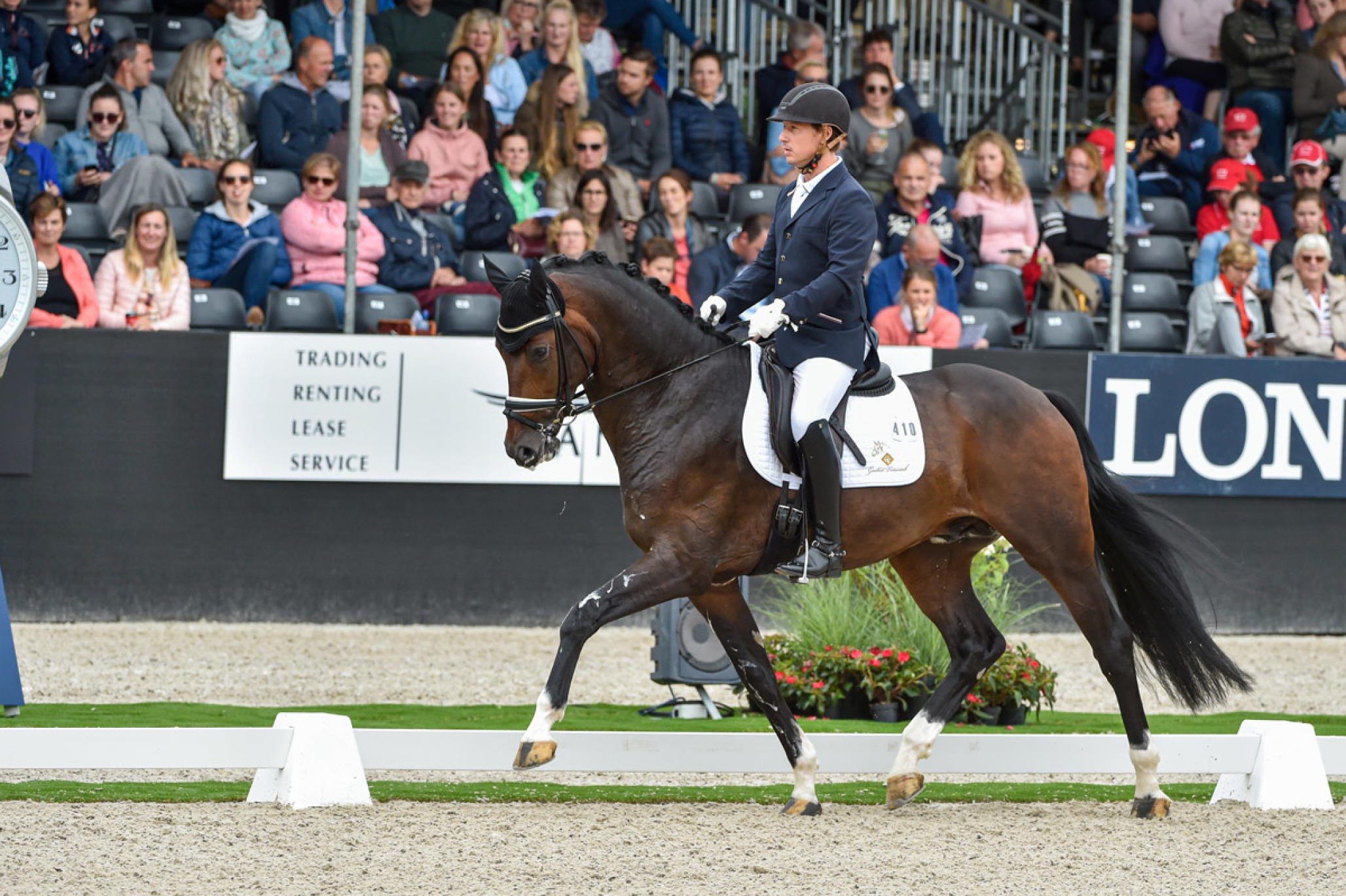 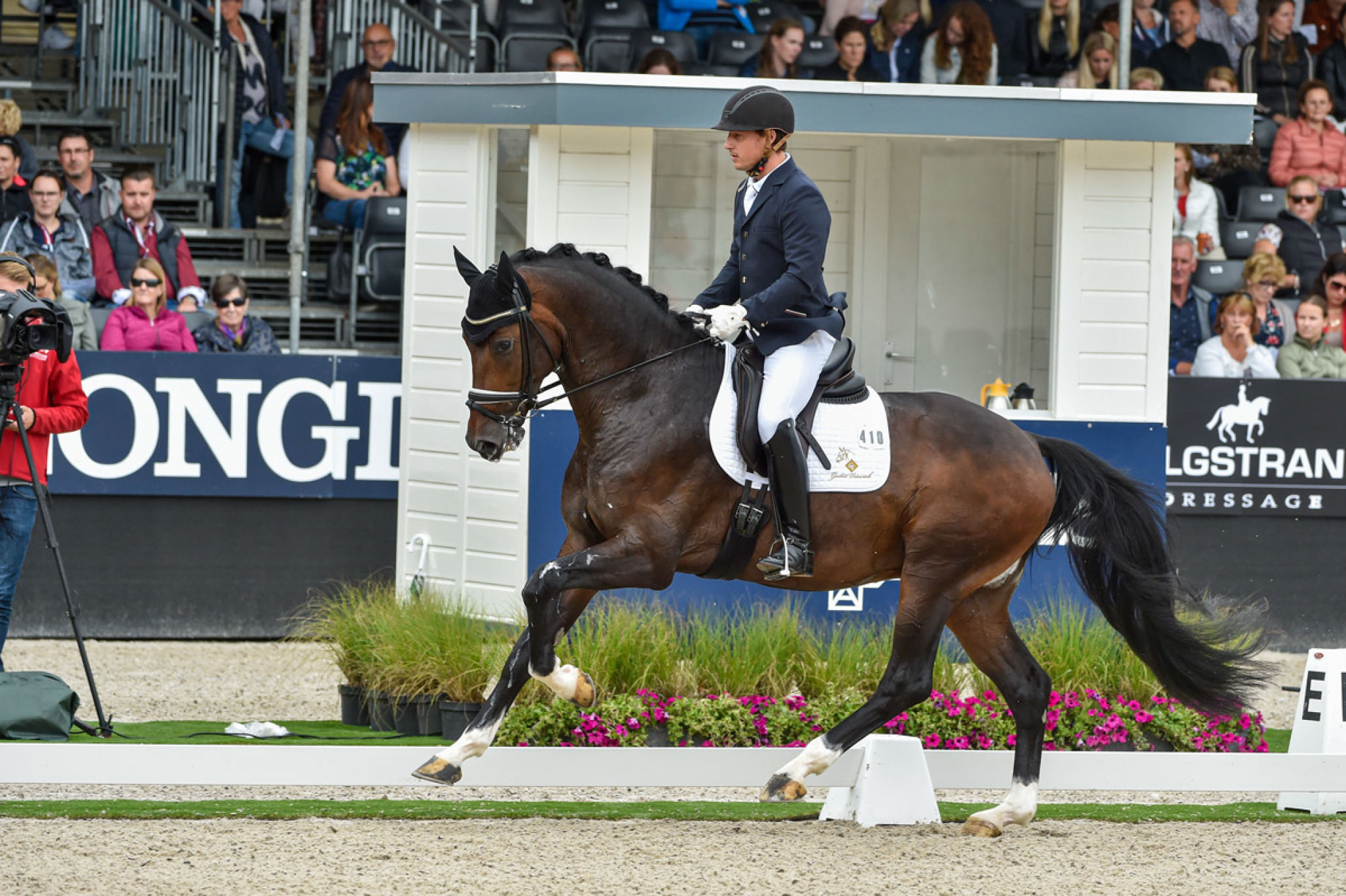 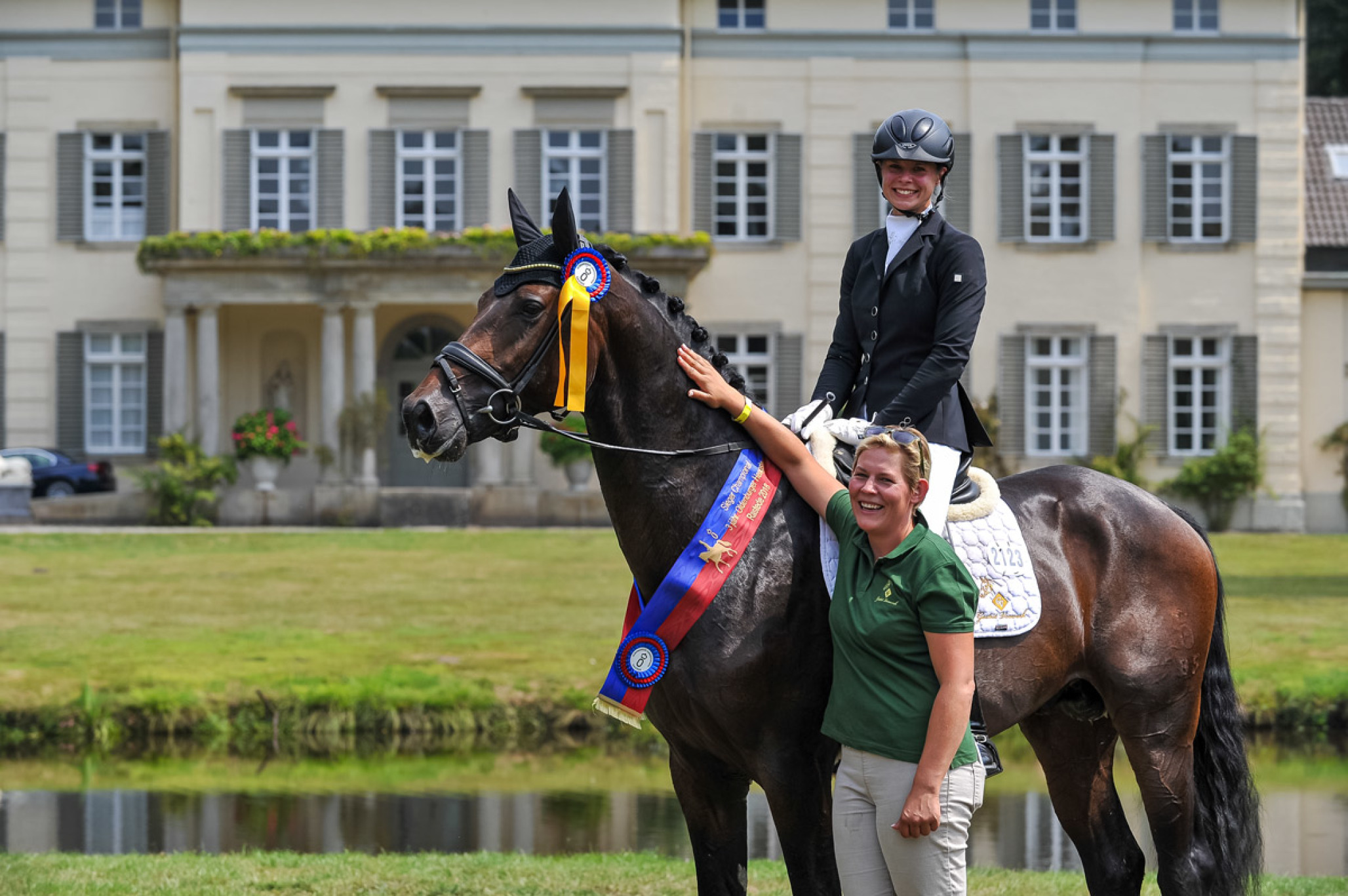 As the superior Champion Stallion of the 7th Oldenburg Saddle Licensing, Zac Efron MT OLD 2018 moved his box to Stud Vorwerk. He again proved his rideability and movements under Yvonne Kläne when he won the Oldenburg State Championship that same year.

In 2019 he placed under Wolfgang Himsl/AUT in the class for four-year-old dressage horses at the World Championships for Young Dressage Horses.

Under Daniel Bachmann Andersen/DEN, Zac Efron made his victorious debut in medium class at the beginning of 2022 - with a score of over 75 percent. At the World Championships for seven-year-old dressage horses in Ermelo, the pair ranked seventh with a score of over 78 percent. This was followed by a fifth place in the St. Georges of Randbøl/DEN.

The sire is the Danish elite stallion Blue Hors Zack, who placed under Daniel Bachmann Andersen/DEN at the World Equestrian Games in Tryon/USA in 2018, finished seventh in the World Cup Final in 2018 and fourth in the World Cup Final in 2019 and achieved good placings at the European Championships in Rotterdam/NED in 2019. Under Nanna Skodborg Merrald/DEN Zack was part of the fourth-placed Olympic team in Tokyo/JPN and of the gold World Cup team in Herning/DEN. In addition, he placed in the individual decisions in each case. Among his more than 30 licensed sons are the triple World Champion Sezuan, the European Championship team runner-up Glock's Zonik N.O.P./Edward Gal/NED and our Zeffirelli.

Granddam Ehrendame produced Diavoletto (by Don Romantic) who was successful up to Intermediate I.

Third place in the pedigree is taken by Duntroon, who was successful in advanced level dressage competitions.

The great granddam, Ehrentanz, produced the medium (M) level show jumper Quiscale (by Quattro B). One of her daughters is GAW Larina Davina (by Larino) who won advanced (S) level show jumping competitions.

Also out of the Oldenburg mare line is the Dutch stallion Carrera (by Larino), who won team gold at the Asian Games with Abdullah Alsharbatly/KSA 2018 and is successful up to 1.55m show jumping.