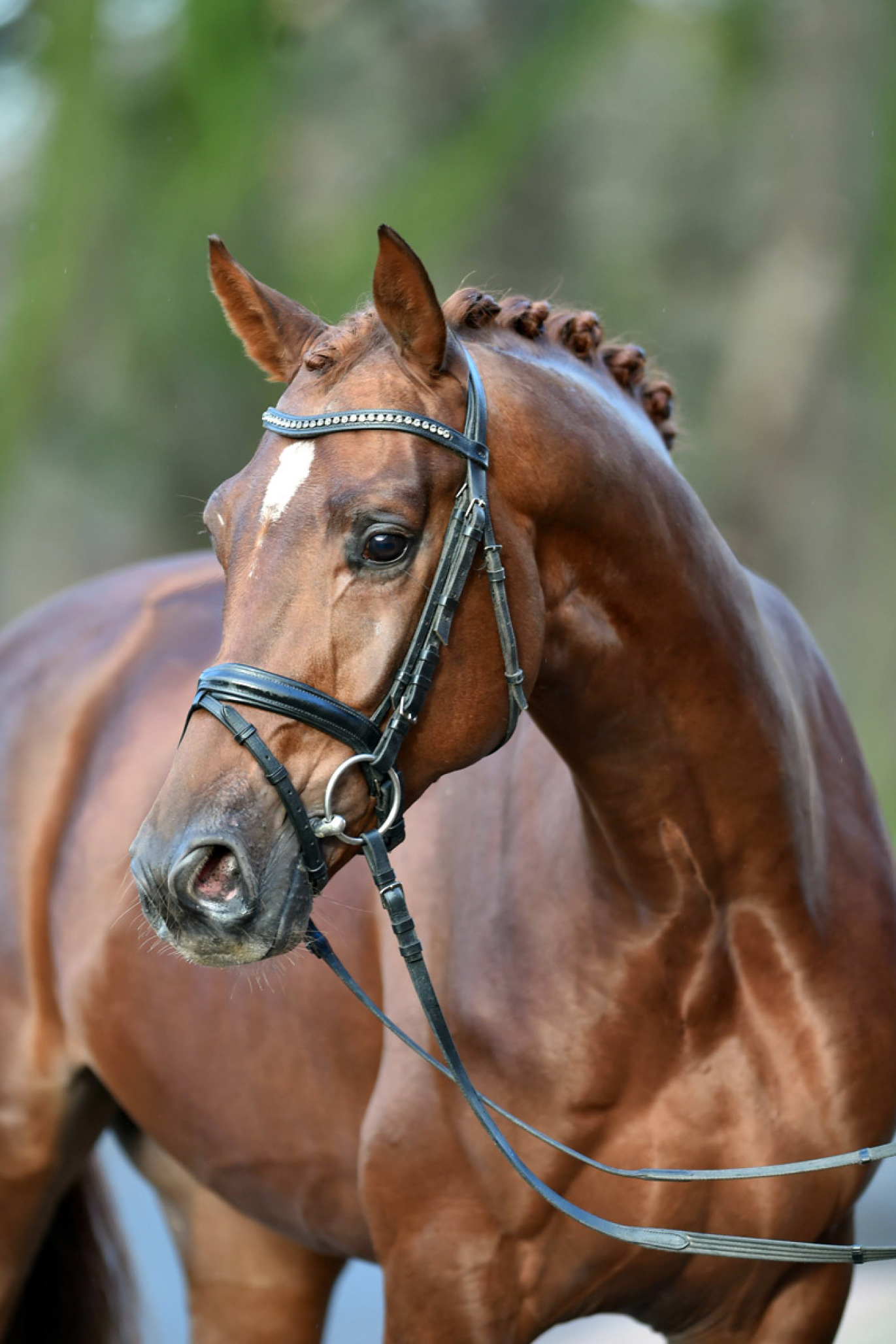 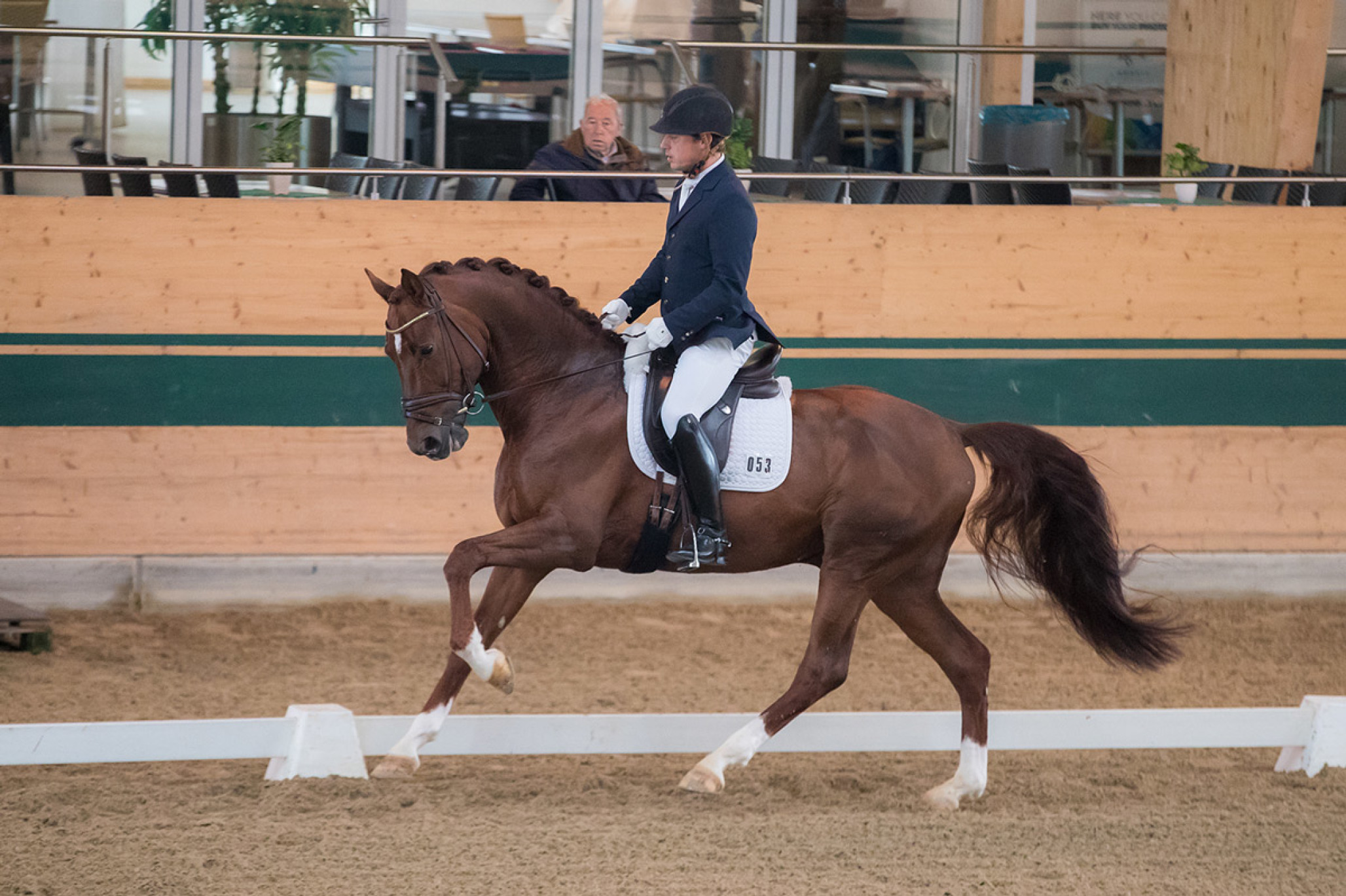 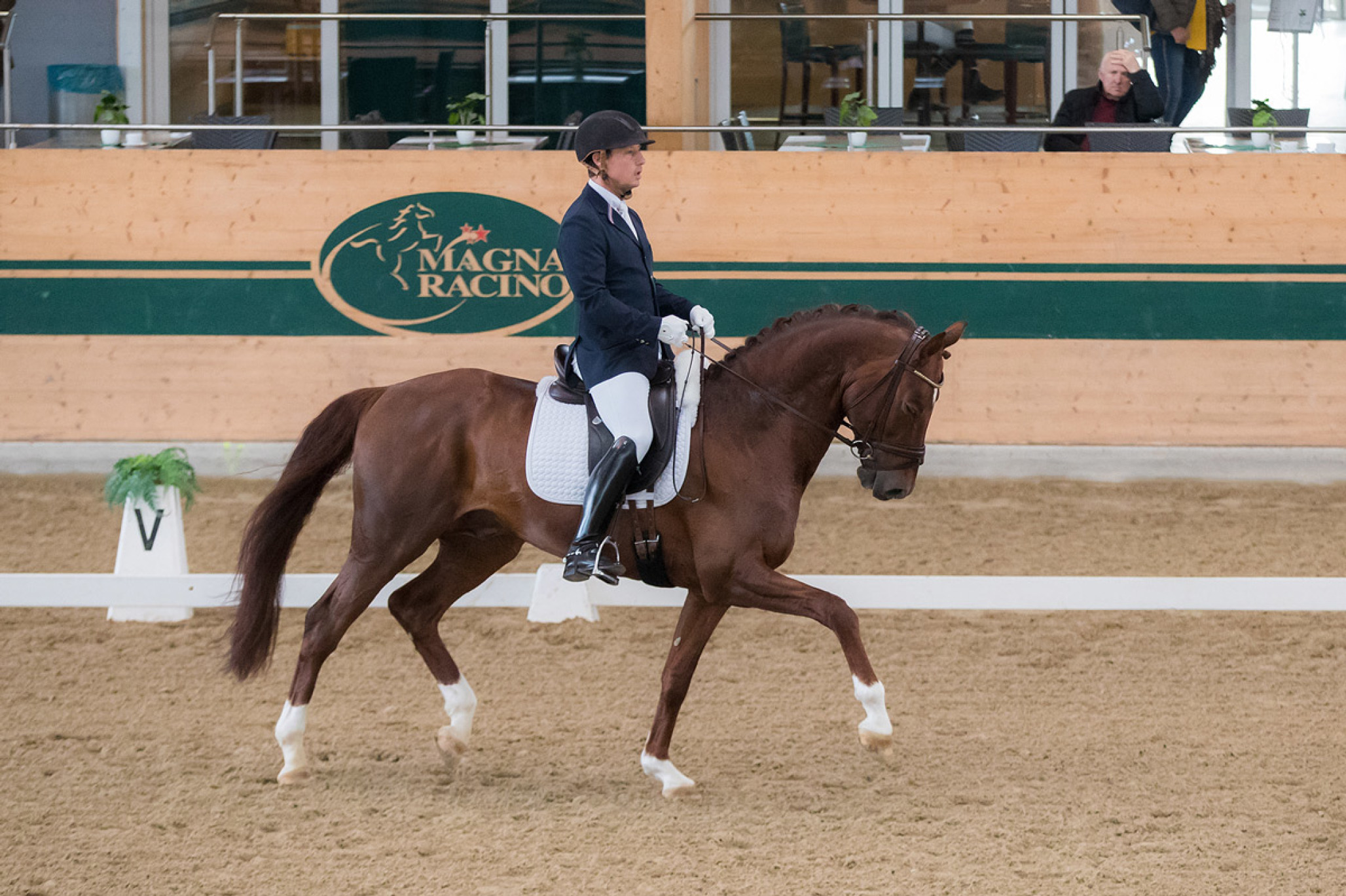 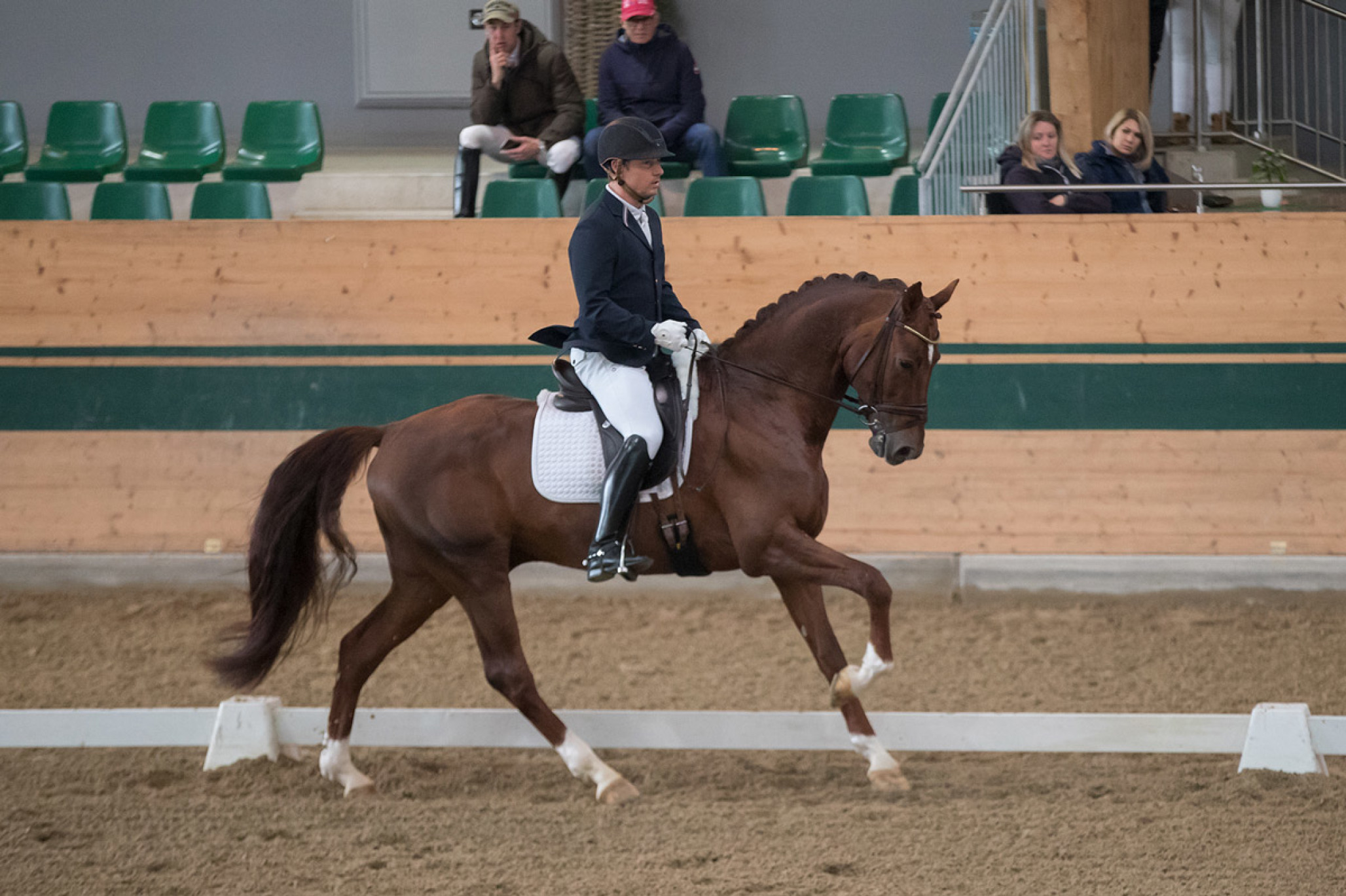 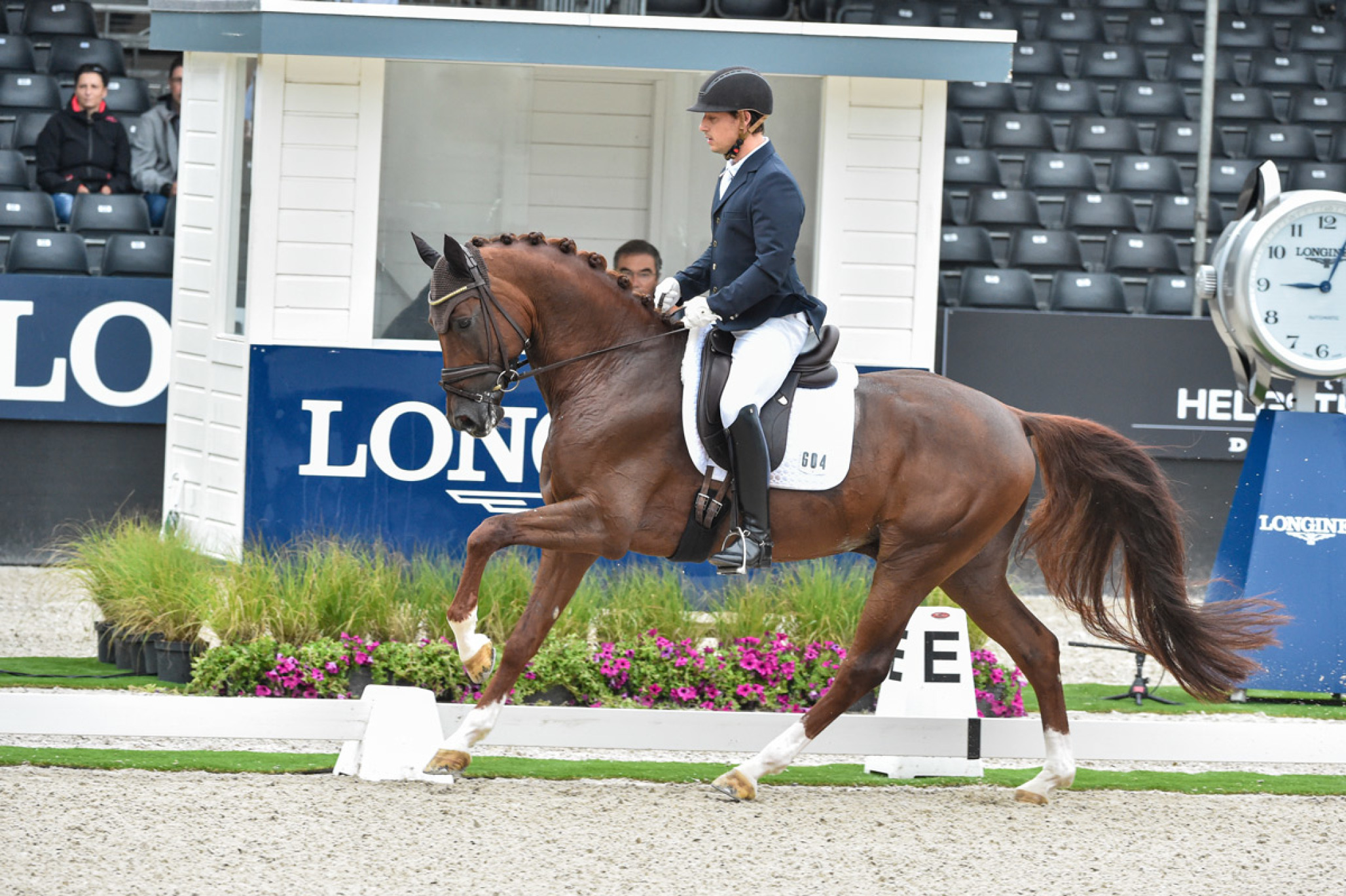 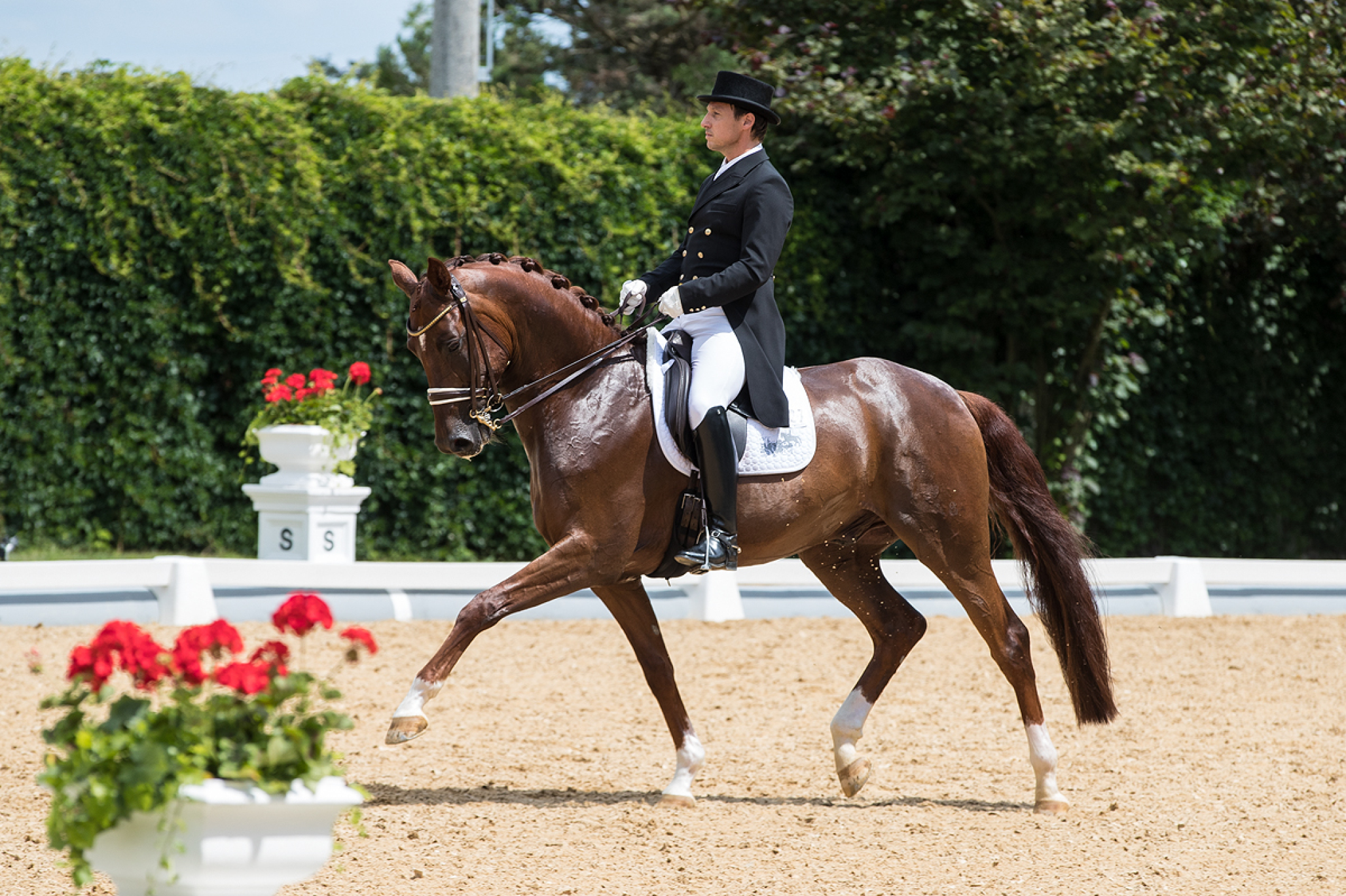 Duração is Portuguese and freely translated means stability - and thus fits very well with the dark chestnut chestnut licensed in Verden in 2015, who develops an outstanding movement standard from a strong back and an energetic hindquarters.

Also under saddle, Duração inspires with his untiring will to work, which he proved with successes from tests for young riding horses to the World Championships for young dressage horses. In 2020 under Wolfgang Himsl the first successes in heavy dressage were added.

Since 2022, Duração has continued his career with Yvonne Kläne in the saddle.

Again and again, the sire Dimaggio, who was entered in 2015 and himself a World Champion of dressage horses and fourth at the Bundeschampionat for riding horses, puts himself and his offspring in the limelight. In 2015 he presented the 1st Reserve Champion in Westphalia, Dimitroff, who is also at home at Gestüt Vorwerk. A further 24 sons have been approved for breeding, including the World Championships for young dressage horses, second at Auheim's Del Magico. The World Championship team runner-up Half Moon Delphi/Michael Eilberg/GBR stands out from his sport offspring.

The dam, Amici, produced Surrimo (by Stakkato), who was licensed in Poland and successful in international show jumping competitions up to 1.60m with various riders.

The granddam Sharjar produced a licensed son, Borsolino (by Baryshnikov).

The great grandfather Shogun xx has four licensed sons. His most successful offspring include the Burg-Pokal and Grand Prix winner Borbet Sir Lenox with Nicole Uphoff-Selke and the Eventing Olympic Champion Shamrock with Dr. Matthias Baumann. He is also the dam's sire of the licensed full brothers, Wanderbusch I and II, and of the also licensed European Championship team runner-up, Lancet/Emma Hindle/GBR.

The great granddam Waldfee is the dam of the licensed stallion Manitu by Matador.