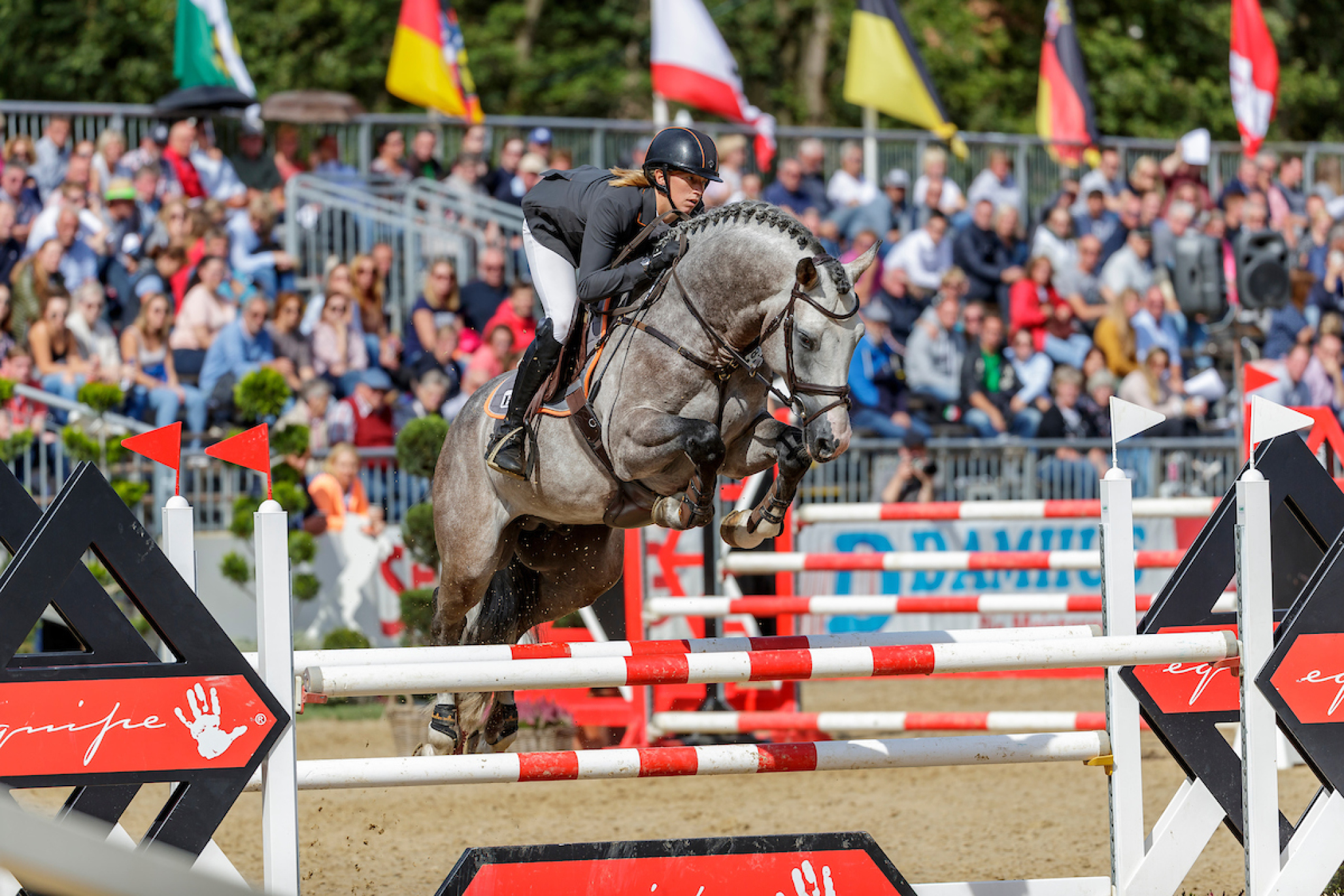 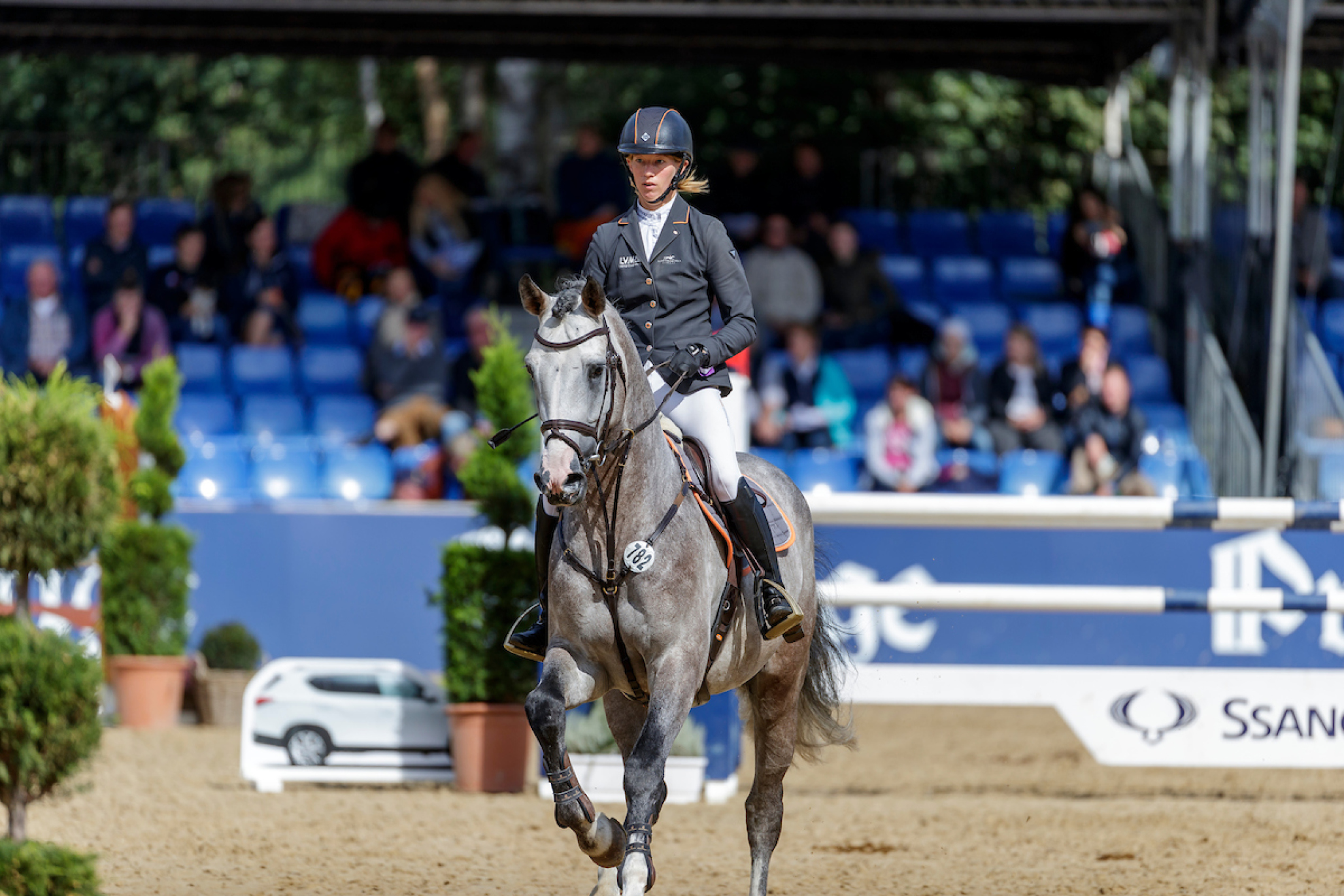 Tornado MT made his debut in sport as a four-year-old with a victory in an A-jumper class for young horses. Under the eventing Olympic gold medallist and double World Champion, Sandra Auffahrt, he qualified for the Bundeschampionat as a five-year-old and won a final qualification in Warendorf with a score of 9.2. At the age of six he again qualified for Wardendorf.

Tornado MT was premium stallion in the jumping lot of the Southern German Stallion Days 2017.

The Dutch sire, Tornesch, was able to celebrate numerous successes under Malin Baryard-Johnsson/SWE, successfully participated in the European Championships in Madrid/ESP and Aachen in 2011 and 2015 and placed in the World Cup Final in Leipzig in 2011, among others. So far five of his sons have been approved for breeding in Germany.

Tornado's half-sister Conquista (by Cascadello I) is successful in show jumping competitions up to medium (M) level under riding master Ingrid Klimke.

The second sire, Cassini II, has over 40 licensed sons, around 250 of his offspring are successful in advanced level show jumping competitions, such as Centurio/Markus Renzel, Cassius/James Paterson-Robinson/AUS, Carlo von Kielslück/Sebastian Adams or Oak Grove's Celebrity/Harm Lahde.

The third sire, Landgraf I, left over 100 licensed sons, the lifetime earnings of his offspring amount to almost 4.5 million Euros.

The third dam, Rungaria, produced the Polish licensed stallion Loxley (by Lesotho), her daughter Naomi (by Loutano) is the dam of the licensed stallion Ritorno (by Rubin Cortes), her son Calvaro (by Calvadur) was successful in the four-in-hand carriage of Michael Freund.

From the Holstein line 223B there are also the stallions Conello (by Coriano), Landewin (by Linaro), Der Don (by Don Noblesse), Los Christianos (by Los Angeles), Quasar (by Quidam de Revel), Quineiro (by Quintero), Consor (by Cor de la Bryere), Cleveland (by Calypso I), Alnat (by Armand xx), De Kooning (by Donnerhall), Armagnac (by Armagnac (by Armand xx), Cardalco (by Carpaccio), Coriano Carthago (by Coriano), Auheim's Cosmo Brown (by Calato), Candyman (by Casall Ask), Fischerincantas (by Ibisco xx), Clisanto (by Clinton I), Clear Round Clever (by Casall Ask), Grant I (by Gaugraf), Grant II (by Gaugraf), as well as numerous international show jumpers.