In the Grand Prix of the CDI4* in Donaueschingen, Sisters Act under Dorothee Schneider came second with an excellent performance behind pit neighbour and squad horse Faustus.

For her second international Grand Prix, the Bundeschampioness, three-time dressage horse World Championship finalist, Burg-Pokal runner-up and Louisdor Prize sixth placed rider received 72.696 percent. And just like her debut victory in the international Grand Prix class at the end of July in Neu-Anspach, she again received individual scores of up to 9.0. And there is still room for improvement.

We are looking forward to the further development of this great, reliable mare. 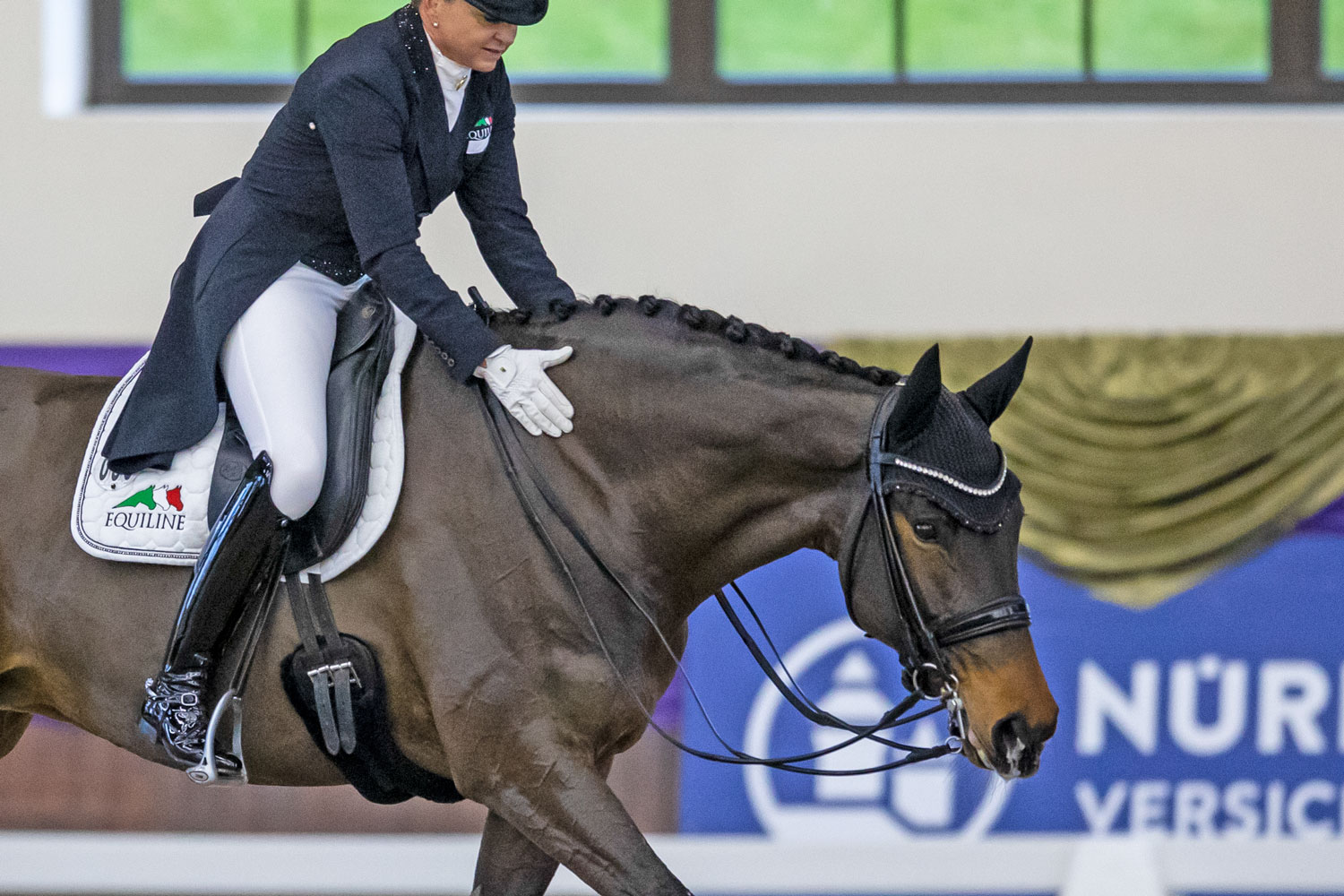 [Translate to English:] Foto: Sportfotos-Lafrentz.de
Back