Birkhof's TOPAS FBW - A top-class gem for the Vorwerk Stud

The ten-year-old bay Totilas-son is to join the phalanx of highly successful Grand Prix stallions such as Augustin OLD, August der Starke OLD, Fackeltanz OLD and Eichendorff NRW, the last three of which were also used for breeding.
Currently the stallions Rosandro, San Francisco OLD, Moliere and Lilliano OLD are available to breeders via fresh semen. Caracciola, Zac Efron, Zeffirelli, Villeneuwe, Valparaiso, Dimitroff and Abegglen FH NRW, who is currently competing for Austria at the Olympic Games in Tokyo under Victoria Max-Theurer, are available on a limited basis or via TG.

Birkhof's Topas FBW owns a very special father - the stallion of the century Totilas. On the dam's side is the famous Vornholzer line of Kebandina, also known as the line of Finnländerin, from which top dressage stallions such as Don Schufro, Cappucino, Don Primero, Veneziano, Zatchmo and Lord Leopold, as well as the Oldenburg Champion Fabina come from.

Birkhof's Topas FBW, bred by Simone and Martin Meder, started his career at the Birkhof Stud in Donzdorf, Baden-Württemberg. At first he was ridden by Nicola Haug (who also accompanied Stud Vorwerk's Pathetique to her first shows including winning the Southern German Championships). When he was five years old, Nicole Casper took over the further training of Birkhof's Topas FBW. At the age of six and seven, the two won the black and gold ribbon at the State Championships and also reached the finals at the National Championships in 2017. In 2018, Birkhof's Topas FBW won series of advanced (S) level dressage competitions and in 2019, as an eight-year-old, he already recorded victories at S3*-level. A special success! At that time, he was the first Totilas-son registered in Germany with victories this level. In 2021, Birkhof's Topas FBW made his debut in the international Grand Prix class under Nicole Casper and finished second and fourth scoring 73.809 and 72.674 percent in the Special-tour of Achleiten/AUT.

The further sporting promotion of Birkhof's Topas FBW will be taken over by the European Championships-fifth, World Championships-sixth and Olympic Games 13th placed rider, Victoria Max-Theurer, who will be supported in the proven manner by her trainer, the six-time Olympic winner and current world number one, Isabell Werth. 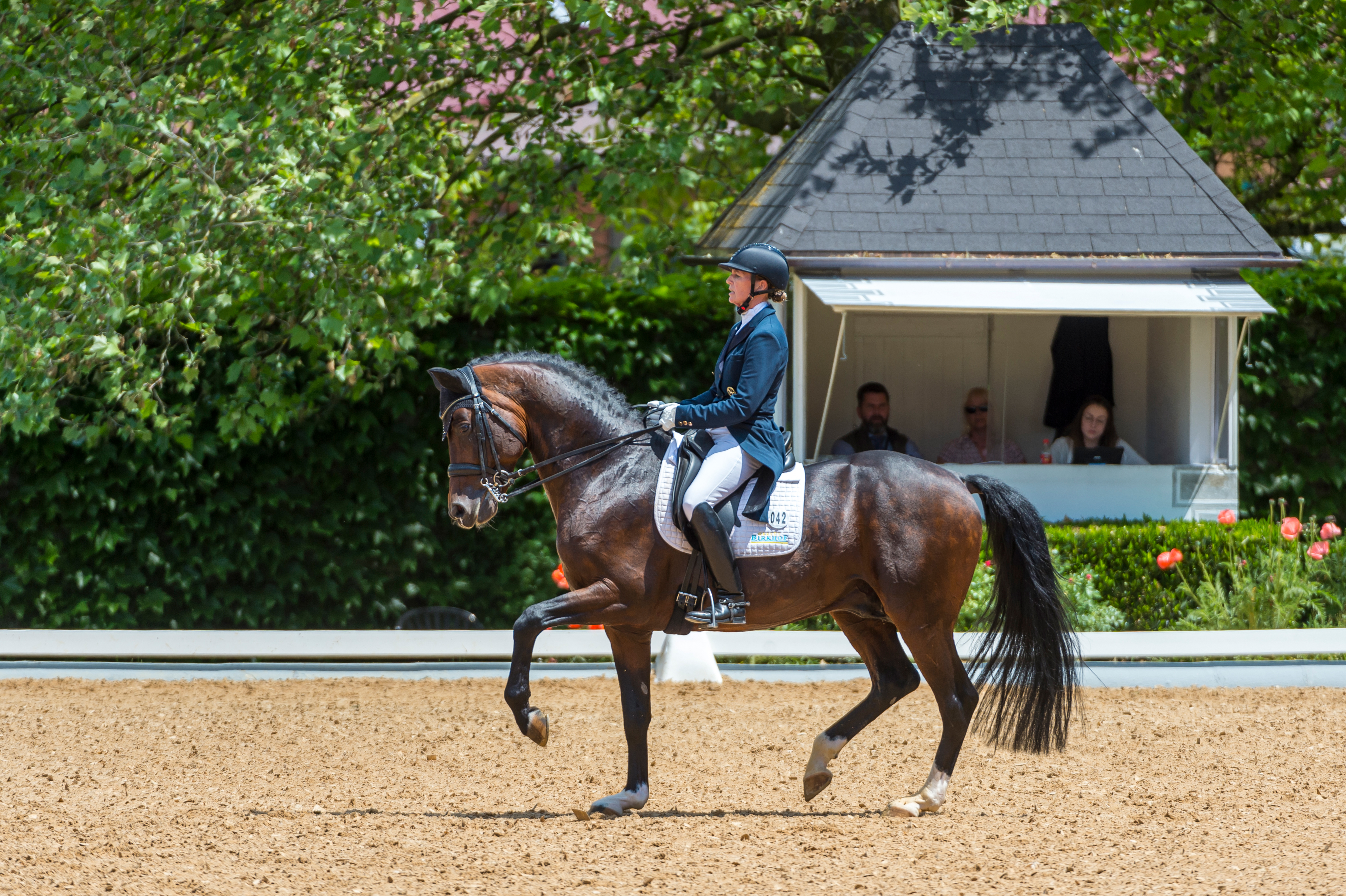